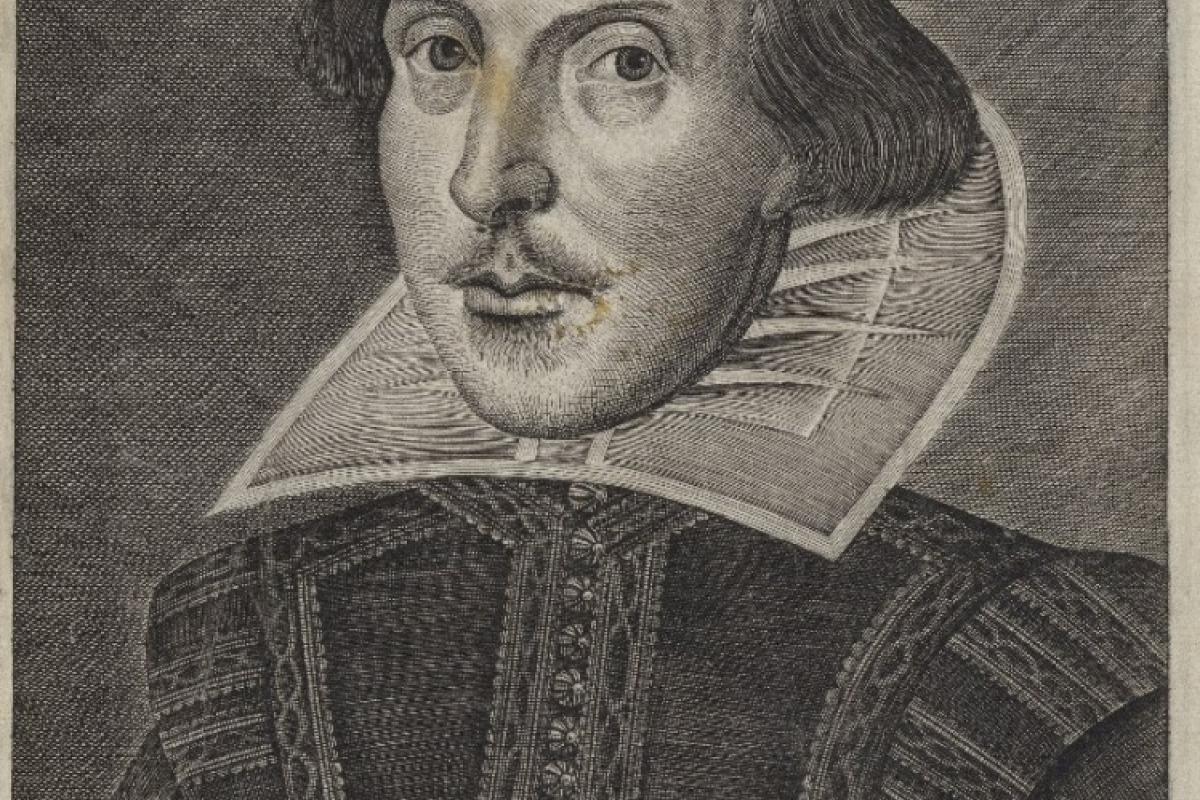 Martin Droeshout. Shakespeare. Engraving, 1623, from the First Folio of Shakespeare, 1623.

This is the year of Shakespeare and special events are taking place around the world to commemorate the 400th anniversary of his death.  But none is as special—or generous—as the Folger Shakespeare Library’s traveling exhibition, First Folio! The Book That Brought Us Shakespeare. Throughout 2016, the Folger will be sending a number of its rare copies of the first collection of Shakespeare’s plays on tours that will reach all 50 states, Washington, D.C., and Puerto Rico. An array of programs will take place at each site in conjunction with the exhibition, whose locations and dates can be found here. 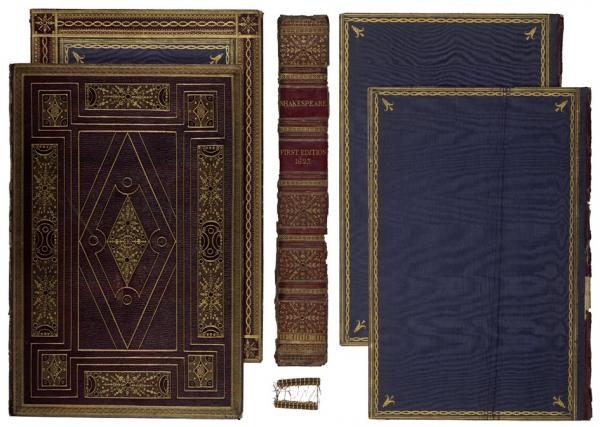 Only about half of Shakespeare’s 37 or so plays were published in his lifetime, all as individual plays in the small, quarto format (around 6 ¾ x 8 ½ inches).  In 1623 two of his colleagues from The Kings Company, John Heminge and Henry Condell, assembled 36 Shakespeare plays and published them in the larger, more prestigious folio format (around 8 ½ x 13 3/8 inches) in his honor. Eighteen plays had never been printed before, and had it not been for their efforts, these masterworks would have been lost to us, including Macbeth, All’s Well That Ends Well, The Tempest, The Taming of the Shrew, Anthony and Cleopatra, As You Like It, and Julius Caesar.

Shakespeare is considered the greatest writer in the English language, and except for the Bible, is the most quoted. In fact, we probably quote Shakespeare almost daily without knowing it, because many common phrases—and words—we take for granted were given us by the Bard: for goodness’ sake, money’s worth, fitful, bedazzled, it’s Greek to me, too much of a good thing,  distasteful, eaten out of house and home, be-all and end-all, belongings, the game is afoot (yes, Sherlock Holmes’ favorite phrase was borrowed from Shakespeare), mum’s the word, wild-goose chase, beginning of the end, green-eyed monster, dead as a doornail, silliness, puke, countless numerous other household words (in fact, “countless is from Titus Andronicus and “household words” was used for the first time in Henry V).  Even the perennial “knock knock” joke traces its origin to Shakespeare (Macbeth).

No wonder, then, that Groucho Marx quipped: “Oh, that Shakespeare! What did he do? Nothing but string together a load of old clichés.”

The Folger Shakespeare Library received an Implementation grant for the traveling exhibition.