American Spirits: The Rise and Fall of Prohibition 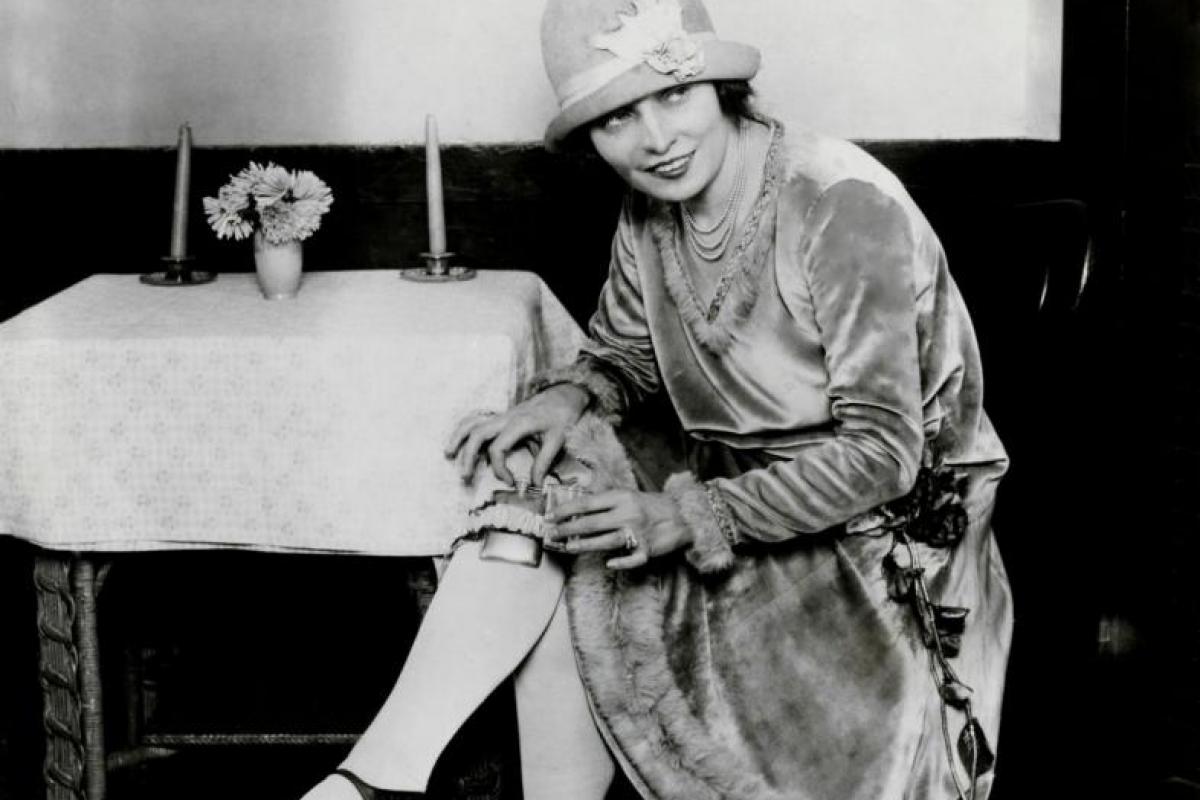 A woman shows off the flask hidden in her garter, 1926

PLEASE NOTE: This exhibition has passed

For American history buffs, “Prohibition” conjures images of Jazz Age gangsters, federal agents, and urban speakeasies, where millions of American gleefully flouted the 18th Amendment to the Constitution. Ratified in 1919, the amendment prohibited the “the manufacture, sale, or transportation of intoxicating liquors.” American Spirits: The Rise and Fall of Prohibition, an NEH-funded exhibit at the National Constitution Center in Philadelphia, explores the political, social, cultural, and legal history of Prohibition. 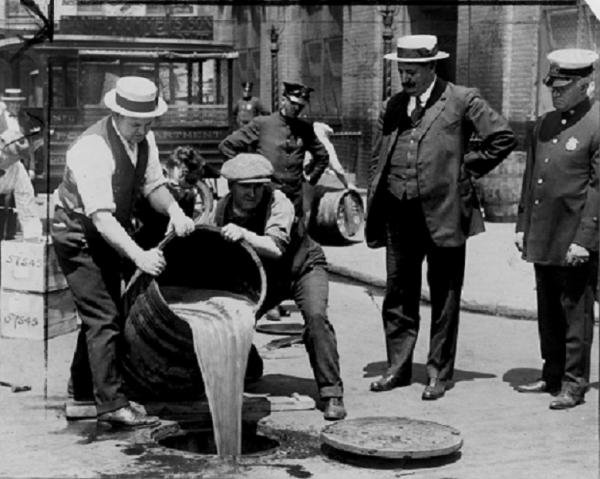 A woman shows off the flask hidden in her garter, 1926

American Spirits chronicles the roots of the temperance movement in the nineteenth century. The exhibit features a model of a Protestant church displaying posters, pamphlets, and other materials produced by such leading Temperance organizations as the Woman’s Christian Temperance Union and the Anti-Saloon League. A hatchet used by Carrie Nation, the bold anti-alcohol activist, hangs on a wall in the church.

Wayne Wheeler, a figure who is not well-known today, emerges as the savvy operator who led the political effort to pass the 18th Amendment. The National Constitution Center created Wayne Wheeler’s Amazing Amendment Machine to illustrate the amendment process, including the many social, cultural, and historical factors that contributed to the 18th Amendment’s ratification.

In providing a flavor of life in America during Prohibition, American Spirits invites visitors to spend time in a reconstructed speakeasy. While illicit alcohol is not available, the space offers jazz music, colorful period fashions, examples of flasks in which people hid alcohol, and a bar. Rather than dispensing liquor, a staff bartender tells visitors stories about 1920s speakeasies.

The American Spirits exhibit is a companion to the recent NEH-funded documentary film by Ken Burns, Prohibition (2011), which aired over PBS. Together, these projects offer an engaging examination of Prohibition’s importance in American history during the late nineteenth and early twentieth centuries.

The National Constitution Center received an Implementation Grant for a multiformat project about the history of Prohibition in America.