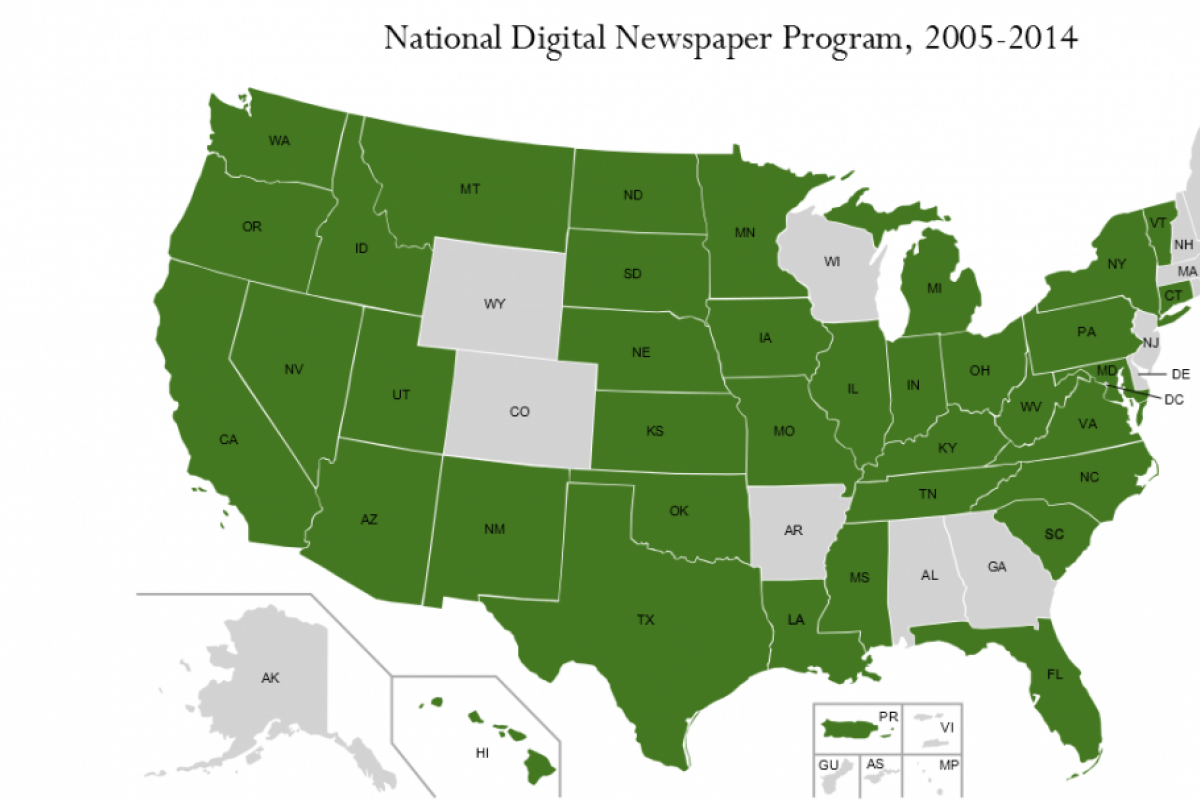 NEH is pleased to welcome two new partners to the National Digital Newspaper Program this year!  Awards were made to the University of Nevada, Las Vegas and the South Dakota Department of Tourism and State Development to digitize newspapers from Nevada and South Dakota.  This brings the number of participants in the program to 39, including 37 states, one territory, and the District of Columbia.  NEH and the Library of Congress aim to have every state and U.S. territory represented in Chronicling America, a freely accessible web site providing information about and access to historic United States newspapers.  In addition, supplementary awards have been made to eight state partners already participating in the program.  You may read about all of the awards issued in July in the NEH press release at http://www.neh.gov/news/press-release/2014-07-21.

The National Digital Newspaper Program (NDNP) is a partnership between NEH, the Library of Congress, and state projects to produce Chronicling America. To date, more than 7.8 million pages published between 1836 and 1922 are available on the site.  NEH awards enable states to select and digitize newspapers that represent their historical, cultural, and geographic diversity, and to contribute essays containing background information about each newspaper and its historical context.  The Library of Congress makes these newspapers available to the public through the Chronicling America site and permanently maintains the digital information.  In addition to English titles, Chronicling America now also supports the inclusion of newspapers in German, Italian, French, Spanish, Norwegian, Danish, Hungarian, Portuguese, and Swedish.