Uncovering Historic Newspapers In the Unlikeliest of Places

The hunt to locate issues of a long-lost historic newspaper, especially in a state as large as Pennsylvania, can lead to some unusual discoveries.  In early June 1985, an anonymous phone call came into the Penn State field cataloging office. In a rushed voice, the caller quickly disclosed that the backfile of the Benton Argus could be found at a home in Bloomsburg, Columbia County, not at a private residence, but at a funeral home.  The caller hung up.

Until the call arrived, the location of the backfile of the Argus was unknown.  Numerous phone calls to local historians and others in the county yielded little information on the whereabouts of the title.  Even the former publisher of the Argus had few details to share.  When he retired in 1969 he sold the paper, and according to him the current location of the paper was a "complete mystery”. 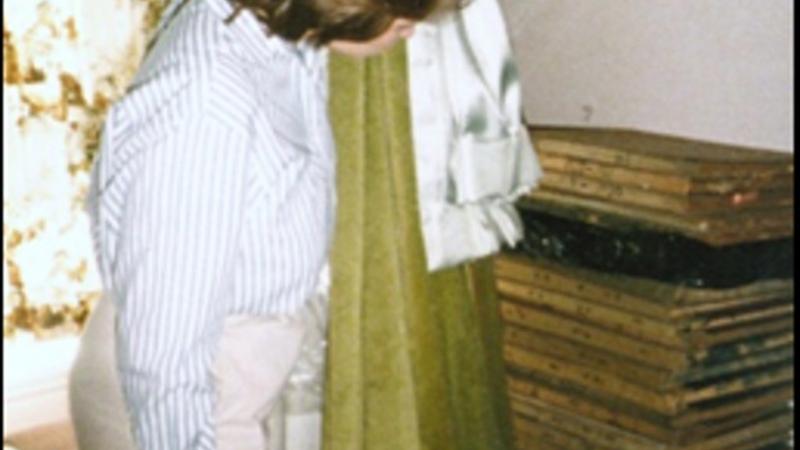 Discovery of the Argus at Dean Kriner’s Funeral home in Bloomsburg, June 18, 1985. 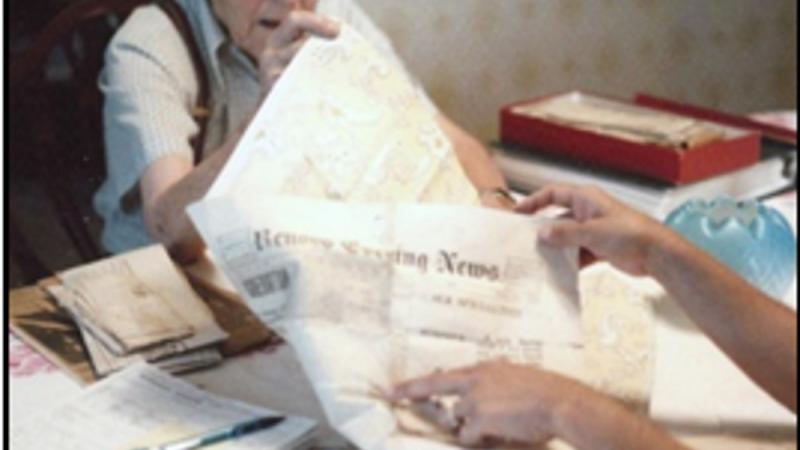 Benton, situated in the northern part of Columbia County, was first settled in 1792, and by 1860 tanning and lumbering were its main industries. The Argus, one of two titles published in the small borough, survived the longest, covering the daily happenings and cultural life of the region from 1892 until 1969.  The 78-year run represents the northern county's rich newspaper history, and community members were adamant about wanting the paper returned to the Benton community.

Thanks to the phone call tip, the case was cracked and the Argus backfile was found!

The Pennsylvania Newspaper Project, a project to catalog the state’s historic newspapers conducted by Pennsylvania State University as part of NEH’s United States Newspaper Program (USNP), officially began in 1985 and lasted until 1990. Over the life of the project, a total of 7,921 Pennsylvania newspapers were cataloged, along with 66,350 holdings records created and approximately 3 million newspaper pages preserved on microfilm.

No single library or historical institution in Pennsylvania holds a majority of Pennsylvania’s newspaper titles.  The largest collections are found at the State Library, the Historical Society of Pennsylvania, and the University of Pittsburgh, albeit these collectively represent only 20% of all known titles.

As our field work commenced throughout 67 Pennsylvania counties, more titles were found for every county, revealing that the number of newspapers had been underestimated by as much as 200%.  Field workers canvassed historical societies and museums; county court houses; academic, public, special and school libraries; newspaper publishers; owners of defunct newspapers; antique dealers; and any private collectors who could be identified.

We discovered that many private citizens held short runs or scattered single issues that later proved invaluable in our attempt to fill gaps before microfilming. Moreover, extensive holdings were also in the hands by private collectors. Within the first year, the Penn State staff was astonished to learn that sixteen private individuals collectively held 725 years of Pennsylvania newspaper history!

It was newspapers held by private collectors that proved to be the real treasures of the Project.  Surprisingly, the local post office was the single most valuable source for locating private collectors, local historians, and retired school teachers-- all of whom were familiar with their community and its history and understood the significance of newspapers in their region.

For example, the entire run of the North Cambria News from the town of Hastings was found in the attic of a Cambria County home in 1986.  The daughter of the former publisher had the bound volumes "in safe keeping" in the hope that the backfile would someday be preserved on film and shared with the community.

A private collector in Carrolltown, Cambria County, held a rare wallpaper edition of the Renovo Evening News, a Clinton County newspaper.  When the Susquehanna River overflowed its banks in April 1886 destroying much of Renovo, the newspaper publisher had nothing else left but wallpaper to publish its April 14, 1886 issue--the only surviving copy of the Evening News for the entire year.

It was evident while working in northeastern Pennsylvania that over the years floods had washed the area clean, destroying valuable caches of newspaper backfiles.  During the 1972 flood in White Haven in Luzerne County, loose issues and bound volumes of historic newspapers remained untouched in the office of the Journal-Herald thanks to workers who raced to move  them from the basement floor to higher ground  The newspapers that survived the flood, now molded into contorted shapes and covered in mud, were the only extant examples of White Haven's publishing heritage.

In 1987, an important discovery was made in Carbon County--quite by accident.  In the basement of the home of Edward Gildea, a small-town newspaper publisher, the 20-year run of the Coaldale Observer from Coaldale in Schuylkill County was found.  It seems that when the newspaper went out of business, the publisher James J. Gildea gave the backfile of the Observer to Ed Gildea, as the story goes, because he liked his name.  The two men were unrelated.  The 43 years of backfiles discovered that day were the only copies of the Observer ever found.

Since the mid-1700s when white settlers made their way to the interior of Pennsylvania, Centre County has had a strong German element in its population. When a local antique dealer called to say that he had found a few Centre Berichter issues in a trunk he recently acquired, the discovery was more than initially expected.  First published in Aaronsburg in 1827 by Adam Gentzel, Der Centre Berichter was the county's oldest German-language newspaper.  These newspapers, once used as lining in an old truck, were the only extant copies of the German press from Centre County.

These are just a few of the many treasures discovered during the five-year Pennsylvania Newspaper Project, and the stories surrounding their discovery are as fascinating as the newspaper content itself.

For more information about the newspapers mentioned above and the other 7,900 titles found in Pennsylvania, please visit Chronicling America.

Be sure to read "Our Story," which chronicles the "how, what, where, when, and who" of the Pennsylvania Newspaper Project work covering 30 central PA counties.

You can also check out our other parts in the NEH USNP series, which covers Illinois and Virginia.