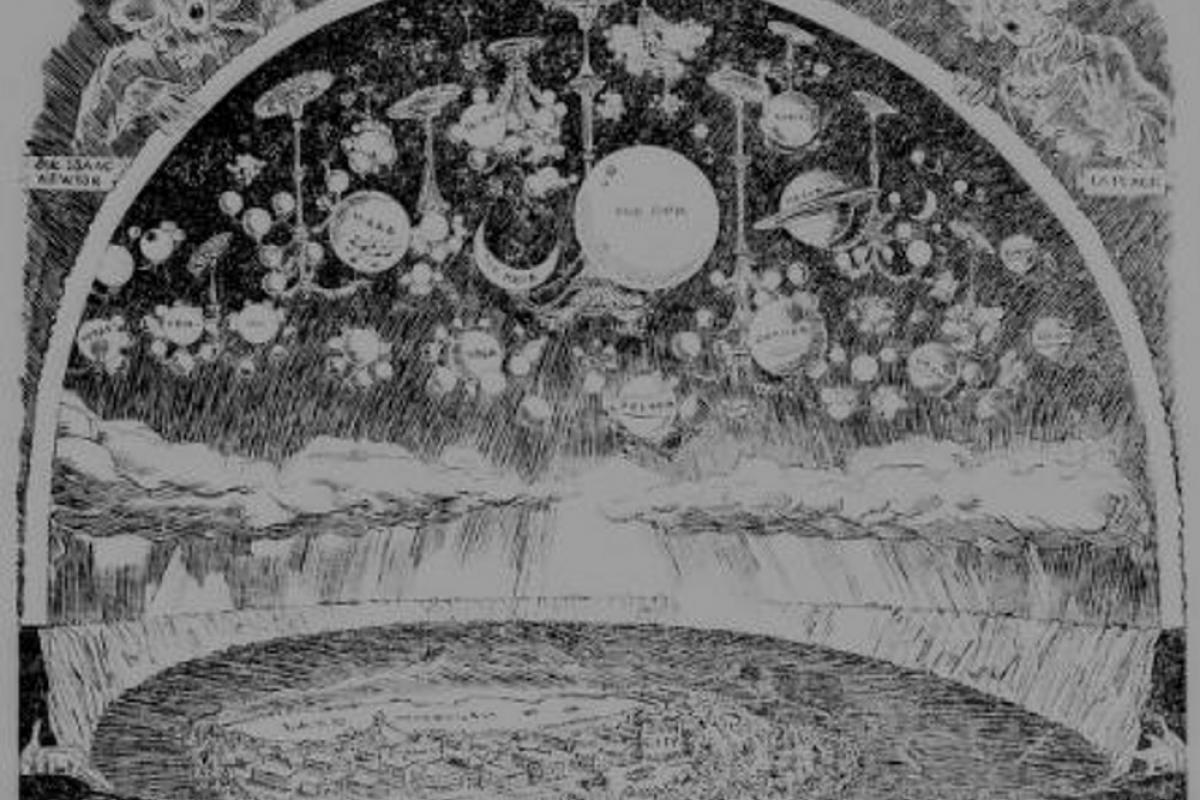 The universe according to reverend Wilbur Glenn Voliva, succesor of John Alexander Dowie, the founder of the Christian Catholic Chuch and the city of Zion, Illinois.

To ensure that America’s historical newspapers will be available for its citizens, in 1982 the NEH created the United States Newspaper Program (USNP), a cooperative national effort to locate and catalog all extant American newspapers. USNP came to an end last year when the Illinois Newspaper project completed its activities. This is the third part in our series profiling the final three state projects from Virginia, Illinois, and Pennsylvania.  You can find the feature on Virginia here and our brief history of USNP here.

Begun in 1989, the Illinois Newspaper Project involved the collaboration of three institutions: the Illinois State Historical Library, now the Abraham Lincoln Presidential Library; the Chicago Historical Society (later named the Chicago History Museum); and the University of Illinois at Urbana-Champaign.  The project was completed in 2011, after staff visited 681 state repositories and created over 13,000 cataloging and holdings records for newspapers in state collections, including 7,951 titles published in Illinois. The project’s staff also microfilmed 2,360,000 newsprint pages.  The Chicago History Museum office made a special effort to film newspapers published in the 19th and 20th century for the city’s diverse ethnic communities, including immigrant groups from Latin America, Poland, Lithuania, Russia, Italy, Germany, and Greece. 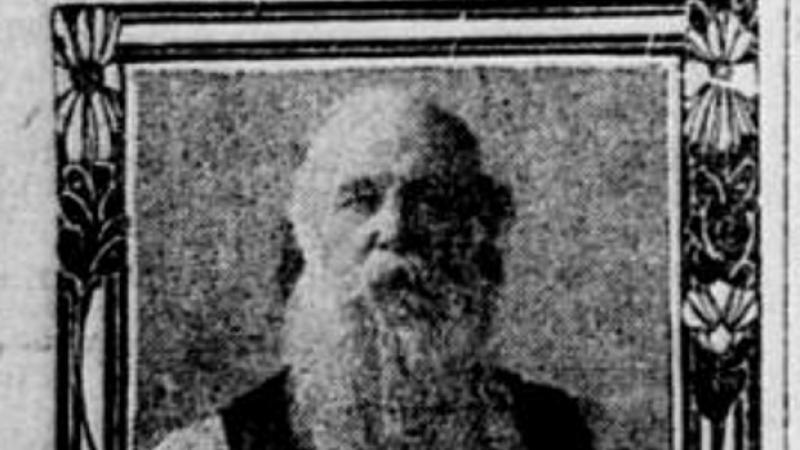 John Alexander Dowie, founder of the Christian Catholic Church and the city of Zion, Illinois. 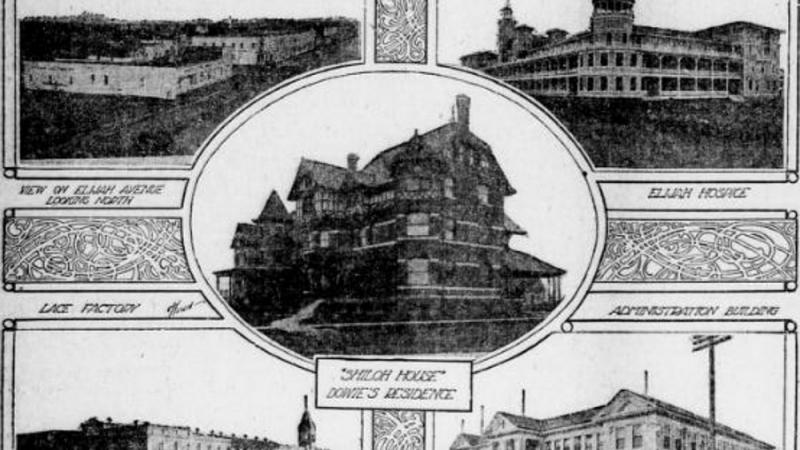 Principal buildings in the City of Zion.

Amidst the painstaking work of inventorying state newspaper titles, a project team invariably uncovers little known, yet fascinating local histories.  For the Illinois Newspaper Project, one of these historical gems turned up when staff visited the Shiloh House, the residence of John Alexander Dowie, publisher of the early 20th-century newspaper, the Zion Banner.  Dowie, a Scottish evangelist and healer, established the Christian Catholic Church in 1896.  In 1901, Dowie founded the city of Zion in Lake County, Illinois, as a Christian utopian community.  The city was well planned before construction began and grew to include places of employment, including a lace mill, a bank, a publishing house, schools, and many other facilities, all controlled by the church.

The church’s financial success and several of its more controversial tenets, especially its ban on practicing medicine, brought considerable notoriety to Dowie and his church.  The national press covered broadly legal cases in which Dowie was charged with causing the death of individuals denied medical treatment.  Newspapers also reported on dissension within the Zion church and accusations of mismanagement of funds.  In 1903, the press covered a challenge issued by one Mirza Ghulam Ahmad, an Indian messianic teacher, who sought to engage Dowie in a duel by prayer. James Joyce included Dowie as a minor character in his novel Ulysses. 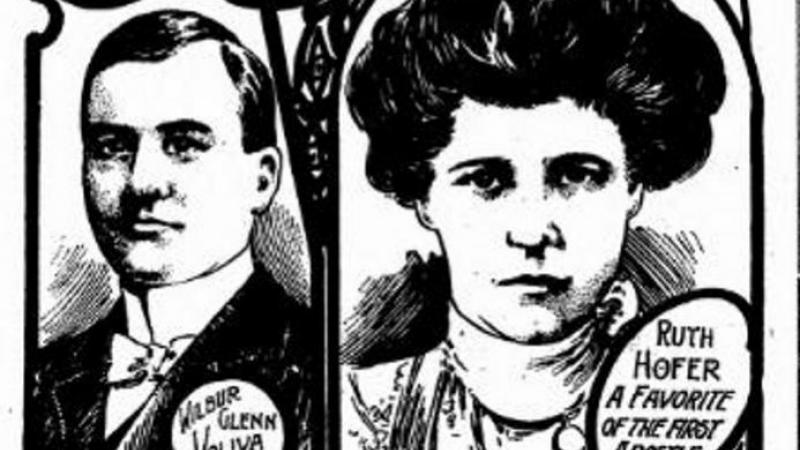 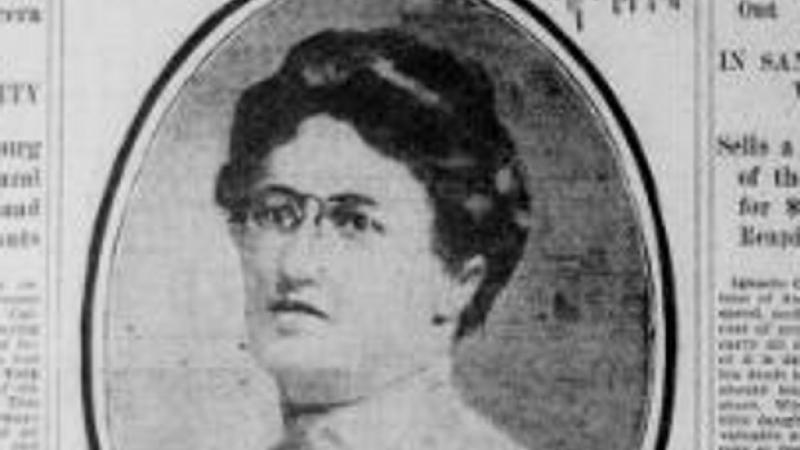 The USNP staff microfilmed other newspapers affiliated with the Christian Catholic Church in Illinois, including the Theocrat, the Zion Herald, and the Zion City Independent.  Among the many other notable titles cataloged by the  staff of the Illinois Newspaper Project are the Star of the West and its successor, the Illinois Republican, published in Edwardsville between 1822 and 1823. During this period, as the Illinois legislature debated whether to call a convention to amend the state’s constitution in order to legalize slavery, several newspapers advocating for and against the convention appeared.  The Star, a pro-slavery newspaper edited by Judge Theophilus W. Smith and Emanuel J. West, attempted to counteract the influence of the Spectator, a paper edited by Hooper Warren, that strongly opposed to slavery in Illinois. 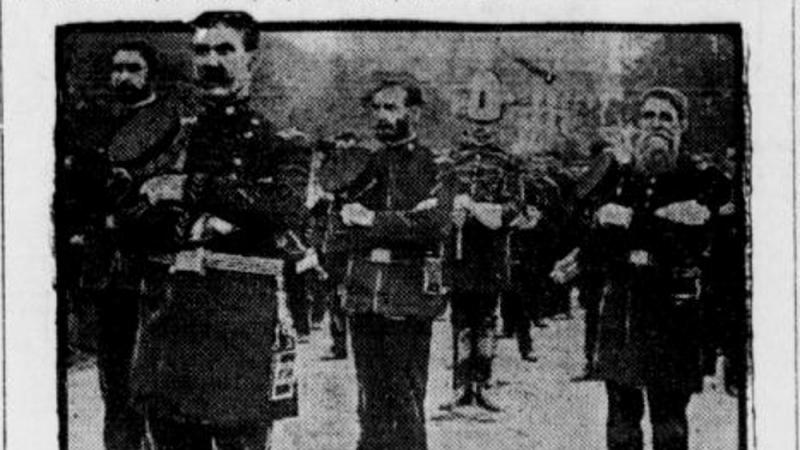 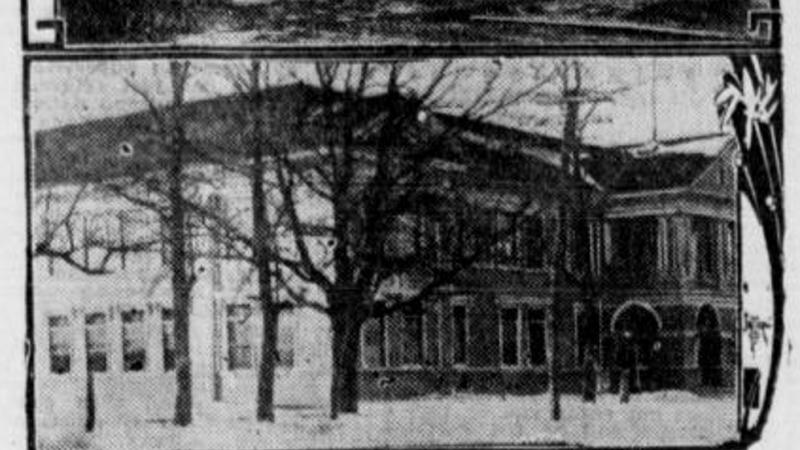 The Famous Lace Factory in Zion, Illinois was owned by the Christian Catholic Church and later sold after the Church dissolved.

A sampling of newspaper stories about Dowie and his church can be consulted in Chronicling America.

With current support from the National Digital Newspaper Program, the University of Illinois is contributing state titles to Chronicling America.  A list of available Illinois newspapers can be found here.