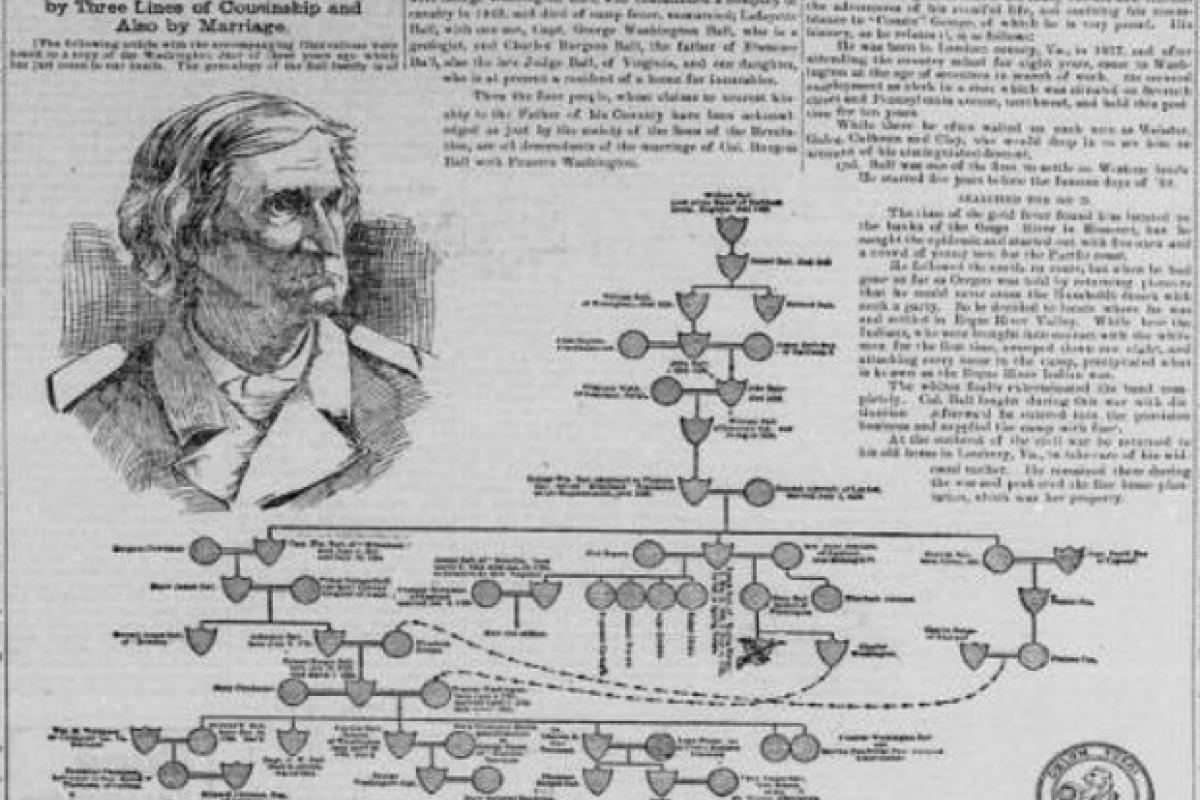 To ensure that America’s historical newspapers will be available for its citizens, in 1982 the NEH created the United States Newspaper Program (USNP), a cooperative national effort to locate and catalog all extant American newspapers.  USNP came to an end last year when the Illinois Newspaper project completed its activities.  In the coming weeks, we will provide a brief history of USNP and the final three state projects from Virginia, Illinois, and Pennsylvania.

The Virginia Newspaper Project was led by the Library of Virginia (LVA) from 1993 until 2007 and involved the collaboration of some 100 state institutions with newspaper collections, newspaper publishers, and individual collectors.  About 7,000 newspapers, including 3,500 Virginia titles, were cataloged and some 12,000 holdings records were created.  In addition, the project’s staff preserved in microfilm approximately 1,200,000 pages of Virginia newspapers, often borrowing print issues from multiple institutions and private collectors. 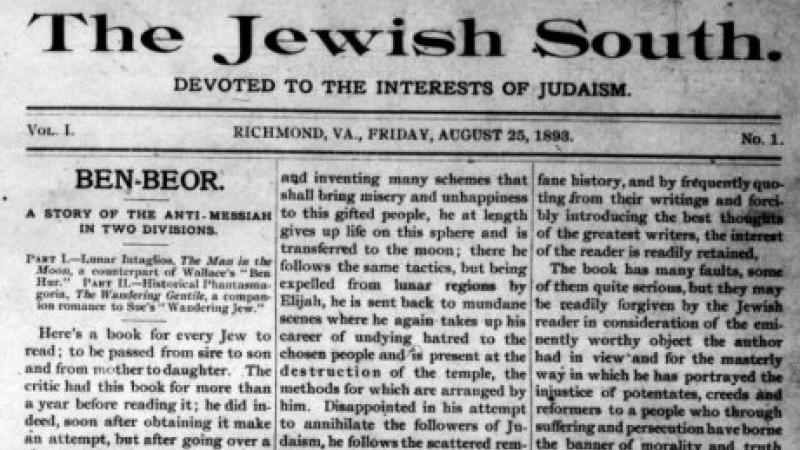 Front page of "The Jewish South," an extant Virginia newspaper from the 19th century. 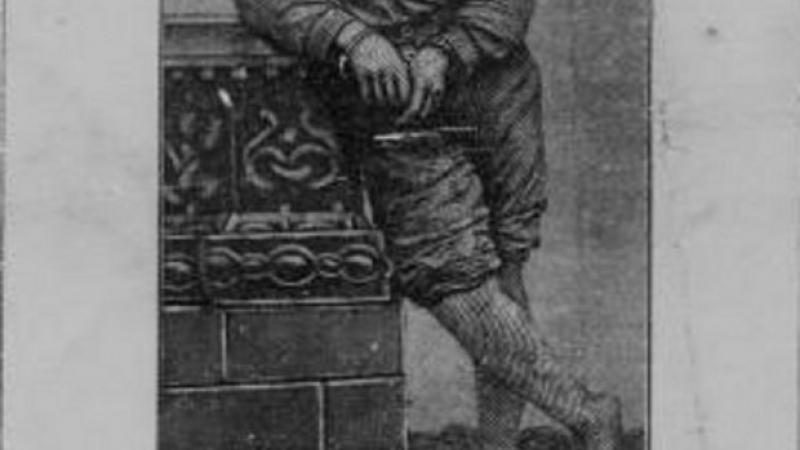 Among the titles made available to the LVA for filming is the Genius of Liberty, a Leesburg newspaper founded in 1817.  Its editor, Brook W. Sower, published in 1832 what is considered to be the earliest comprehensive account of local Independence Day observances, covering the towns of Leesburg, Middleburg, Waterford, and Woodgrove.  A well-preserved set of issues from 1817 to 1839 was loaned for filming by a private citizen in Springfield, Virginia. The LVA also microfilmed the Wytheville Dispatch, contributed by Wytheville Community College in Southwestern Virginia, which includes Civil War and Reconstruction era issues.  An unusual, filmed newspaper (housed at the Clarke County Historical Association in Berryville) is the Battletown News. It was published from 1901 to 1904 by Thomas Jones, a young boy who used a mimeograph machine for printing this title.  Also preserved in microfilm is the Virginia Citizen, the first newspaper to serve Lancaster County between 1891 and 1913, and a promoter of the state’s fishing industries.  “Willie” R. Row, the newspaper’s manager beginning in 1906, saved 22 bound volumes of this paper dating from 1891 to 1913.  The issues were later loaned to a prominent local historian, C. Jackson Simmons, who provided them to the LVA for filming. The Beth Ahaba Synagogue contributed several titles that document the experience of Jewish communities in Virginia from the 1890s to the 1930s, such as the Virginia-Carolina Jewish Messenger, Southern Jewish World, and Jewish South.

The LVA also microfilmed newsprint titles from its own collections, including the Richmond Planet, a significant African American newspaper that was in tatters.  With additional support from the NEH, the LVA staff pieced together the newspaper pages prior to filming this title. NEH’s magazine Humanities published an article about the historical significance of the Planet and the extensive conservation work conducted by the library.

LVA’s collection of court and chancery cases dating back to the 18th century proved to be an unprecedented source of newspaper content. On occasion, newspapers were introduced as evidence and were then used to wrap the various court documents into a tight bundle. The LVA staff filmed the wrapped newspapers; they now constitute some of the rarest titles held by the library.  Among these titles is the Labor Herald, a paper established in Richmond by the Knights of Labor, a powerful labor organization of the late 19th century that sought to educate the working people on the benefits of union organization against the interests of banks and corporations. LVA’s staff was able to repair the print pages and microfilm a good portion of this short-lived newspaper.

Many of the Newspapers and articles mentioned above are available online through Chronicling America or NEH’s Humanities magazine:

Brother from the Richmond Planet

Be sure to read Part I of our series Turning the Page on the U.S. Newspaper Program.

Throughout the life of the USNP program, NEH made awards amounting to $55 million.