Klee Benally on Route 66 by the picnic area near Parks, Arizona. Photo by John Running, 2000.

Scattered across the United States are thousands of cultural heritage institutions—museums, libraries, and historical societies—many of them operating with small staffs of professionals and volunteers.  Yet by virtue of the rich humanities collections that they hold—books, archival materials, photographs, audio recordings, art, and historical objects—these institutions play an outsized role in the cultural life of their communities and the nation as a whole.

Since summer is a time for travel and recreation, we intend to publish over the next few months a series of online “road trips” that will escort you through some of the smaller and mid-sized cultural institution that have received support from the NEH.  Many of the projects we’ll be featuring have been awarded Preservation Assistance Grants through the Division of Preservation and Access, grants that enable smaller cultural organizations to take the necessary steps to ensure the preservation of their collections.

We continue our series with a cultural tour of Nevada and Arizona.

Road Trip to the Southwest 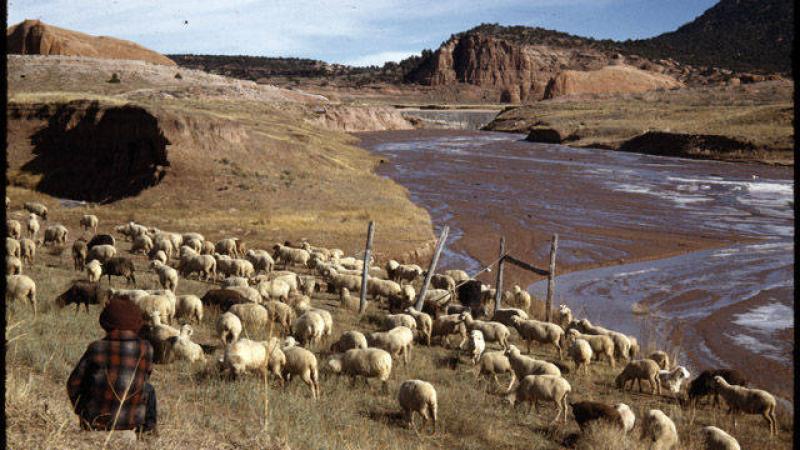 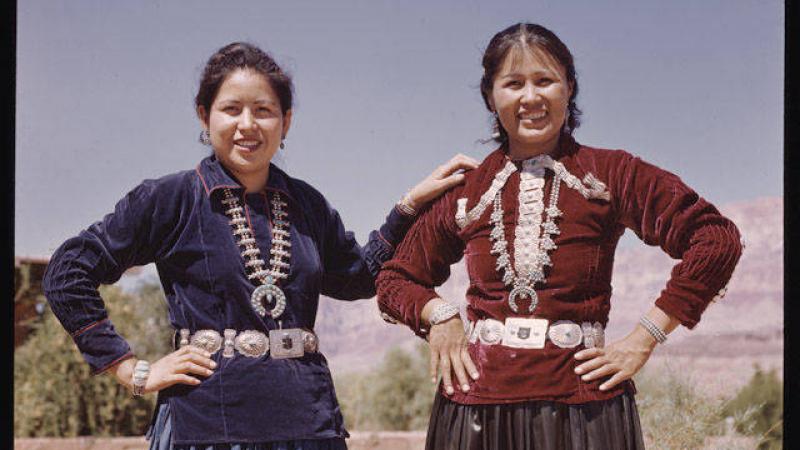 We begin our tour in the town of Overton at the southern tip of Nevada—home to the Lost City Museum. The museum preserves and exhibits archaeological items from the Virgin River Branch of ancestral Puebloan cultures, often called the Anasazi, as well as the material culture of tribes that lived in the area later. Originally established by the National Park Service in 1935 to preserve materials excavated from areas now flooded by Lake Mead, the museum’s collection consists primarily of artifacts from the Pueblo Grande de Nevada, a complex that was occupied from 300 BCE to 1150 CE, also known as the Lost City. This collection represents about 20,000 artifacts that provide important insight on the cultural practices and material culture of the Anasazi in this area. Drawing on its rich holdings, the museum regularly stages exhibits that focus on Puebloan culture and history.

In 2011, the Lost City Museum received an NEH Preservation Assistance Grant (PAG) to hire a specialist to evaluate the storage and preservation needs of its archaeological and ethnographic collections. The grant also enabled the museum to purchase supplies to improve the storage conditions of these materials. The project enabled the rehousing of 125 incised stones, many of which are attributed to the Southern Paiute. The museum’s curator was also able to rehouse a collection of ancestral Puebloan pottery, including the beautiful black-on-white bowl seen above. The staff later cataloged many of the rehoused items so that they will remain intact and accessible to researchers in the future.

During your visit, be sure to check for any public programs on offer! The museum conducts workshops and lectures that enable the public to actively learn about archaeology and Native American culture. Past activities include workshops on pottery, basket-making, and flint knapping, as well as an annual Native American Day. The museum also provides school tours and helps members of youth organizations learn about archaeology.

Traveling east, we pass the Grand Canyon before reaching the mountain city of Flagstaff, home of Northern Arizona University. The university’s Cline Library holds the Colorado Plateau Archives, a physical and digital collection devoted to the natural and cultural history of the Four Corners region.

The Cline Library is currently completing an NEH-funded PAG to assess preservation needs for nearly 12,000 linear feet of archival materials from its special collections. These include materials on the history of the Four Corners’ region and the Southwest, with a particular emphasis on land use, the environment, flora and fauna, archaeology, and Native American cultures.

The library’s collections are particularly rich in visual materials. Images—many viewable in digital versions through the Colorado Plateau Archives—illustrate aspects of Navajo culture, including weaving, dress and adornment, architecture, and shepherding. In the late 1940s, Josef Muench, an immigrant from Austria, working for the Arizona Highways magazine, photographed two Navajo women (“Mabell” and “Nora”) near Marble Canyon. A 1948 photograph by Tad Nichols shows Navajo sheep herders near Gallup, New Mexico. In another photo, taken in 2000 by John Running near Parks, Arizona, and titled Navajo Warrior, Klee Benally crouches in the center of the famous Route 66. The historical depth of these photographs allows viewers to observe changes in how Navajos have been depicted and depicted themselves over the years. 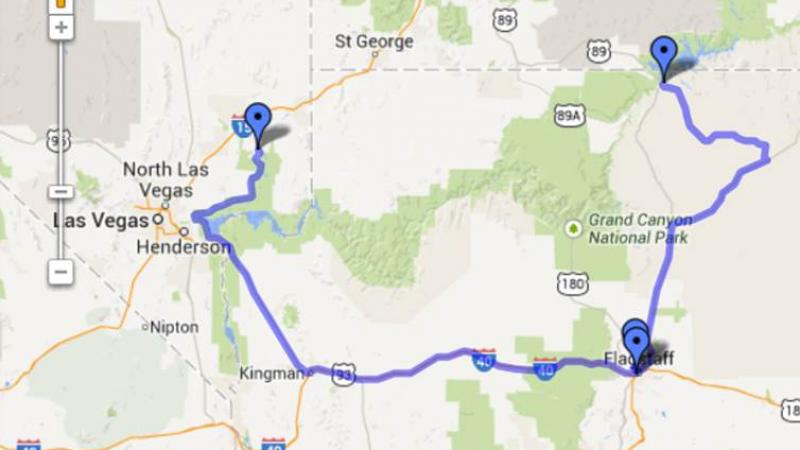 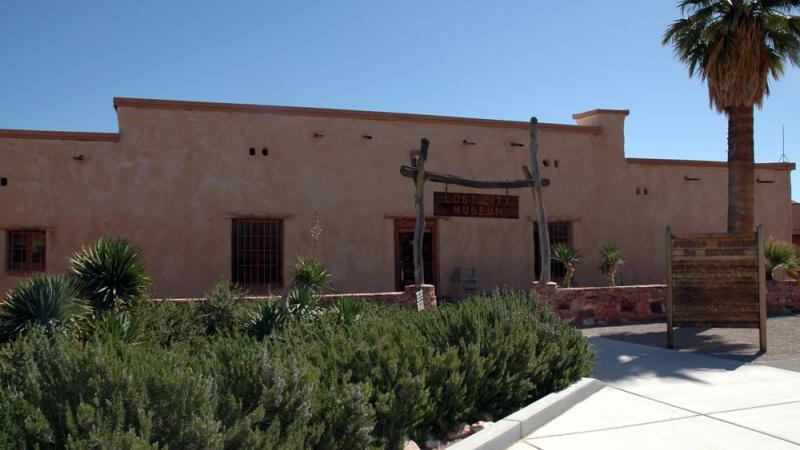 Before leaving Flagstaff, let’s stop at the Museum of Northern Arizona, which holds unrivaled collections relating to the history, archaeology, art, and the natural environment of the Colorado Plateau region. Summer is the perfect time to catch a glimpse of Navajo folklife at the museum’s annual Navajo Festival of Arts and Culture. Navajos describe themselves as Diné, meaning “The People” or “Children of the Holy People.” The festival supports what the Navajo call hozho—living a happy, wise, and long life, in harmony with the earth and sky. This year, over 80 Navajo artists, musicians, dancers and cultural experts traveled to the museum from all corners of the Navajo Nation to share their artistic traditions. Silversmiths, jewelers, painters, weavers, folk carvers and  many generations of Navajo families were on site to discuss the customs inspiring their work.

A 2010 PAG enabled the Museum of Northern Arizona to upgrade storage conditions for three collections in critical and immediate need. The grant enabled the museum to move materials to the new Easton Collection Center facility and to improve storage conditions for items in critical need of preservation. One major outcome was improved storage for 645 katsina figures in the museum’s collection. Katsinas are small sculptures that represent spiritual figures in many southwestern Puebloan cultures. Some katsinas in the museum’s collection are over 100 years old, and many represent a broad range of carving styles, craftsmanship, and materials. The preservation of the museum’s katsinas involved creating new storage mounts and shelving to assist in the preservation of these fragile figures. 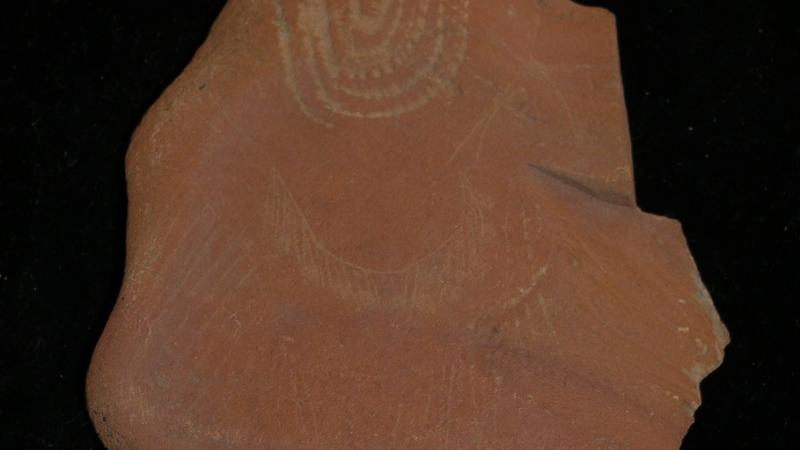 An incised stone, likely created by the Southern Paiute. 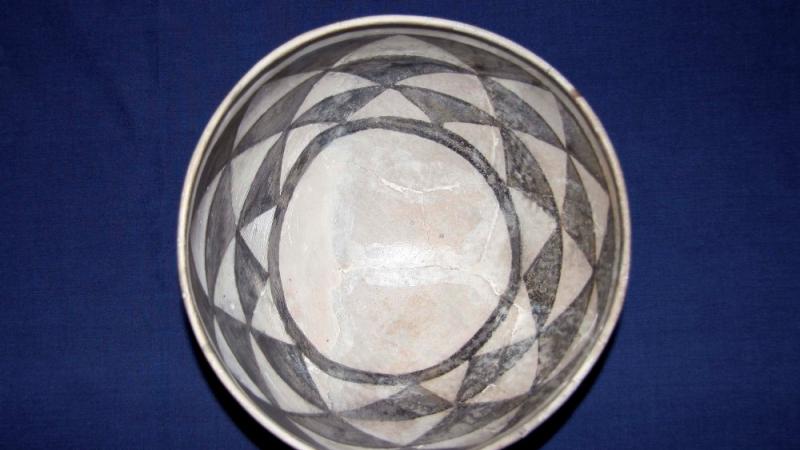 Just a few hours’ drive north, past the eastern end of the Grand Canyon, our final stop is the John Wesley Powell Museum in Page, Arizona. The museum’s namesake, often remembered as the intrepid U.S. explorer of the American West and leader of the 1869 Colorado River Expedition through the Grand Canyon, was also an active geologist, ethnologist, and anthropologist who made great efforts to learn about and document the lives of Native peoples he encountered. The museum preserves information related to Powell’s explorations in the West, as well as the history of the town and the surrounding area. The John Wesley Powell Museum received a PAG in 2007 to purchase furniture and preservation supplies to improve storage for nine of its collections, including materials relating to the city of Page, nearby Monument Valley, and the history of pioneers and Native Americans in the Colorado Plateau region.

The museum’s current exhibit, “Weaver's Trail: Honoring Navajo Weaving at Dinnébito Trading Post” (on display until March 2014), is devoted to Navajo traditions of textile making. As the curator explains, “The weavers . . . were incredibly adaptive. Their work reflects the changing needs and demands of the market over time” and involved “a progression of designs and styles.” On display are unique exemplars of Navajo textiles now preserved in the Elijah Blair Family collection. 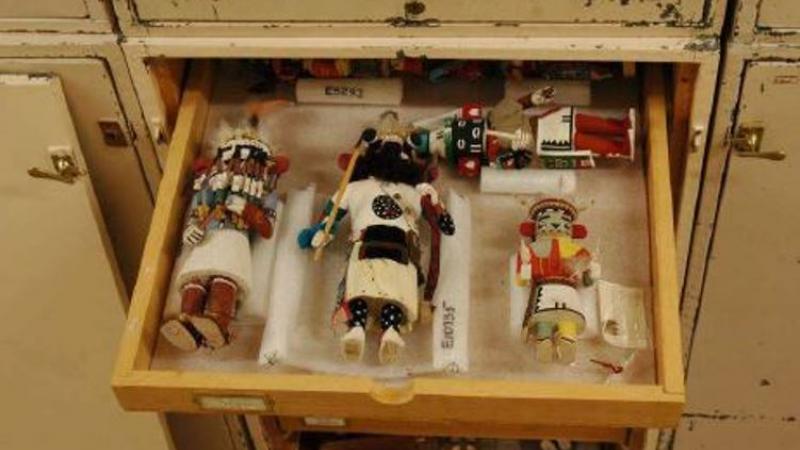 The Museum of Northern Arizona’s katsina collection was previously housed in cabinets that did not have optimal conditions for preserving the figures. 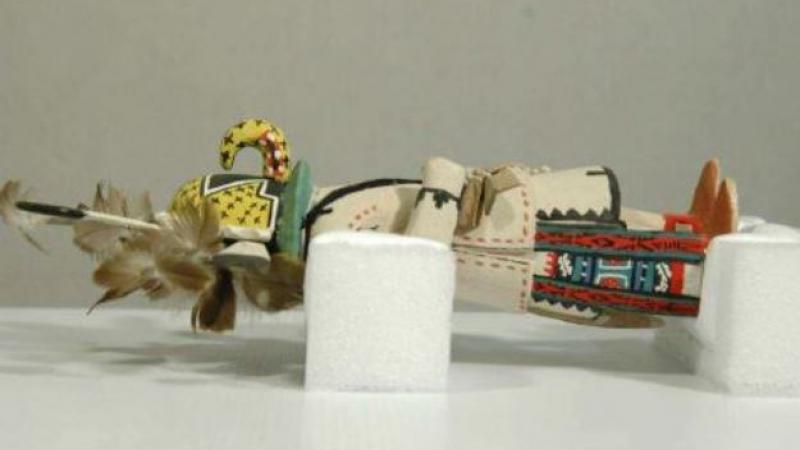 The Museum of Northern Arizona created new, horizontal storage mounts for its collection of katsinas with support from a PAG grant.

We hope you enjoyed this excursion through the American Southwest. For driving directions to this road trip, click here.

Stay tuned for future itineraries that will take us around the United States! In the meantime, take a moment to visit websites of the museums and library described above, where you can learn more about their collections and the rich history of this region: