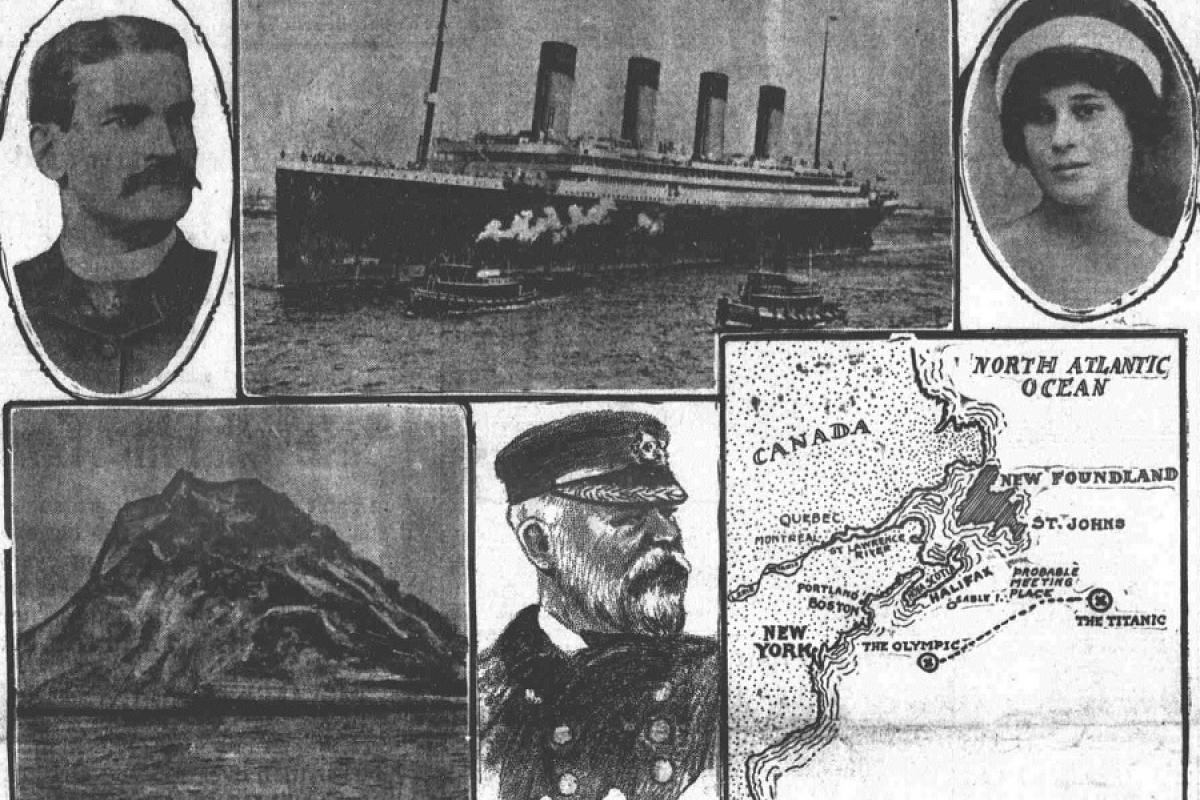 The Front Page of The Washington Times from the April 15, 1912 last edition.

This week marks the 100th anniversary of the sinking of the Titanic.  The event continues to capture our imagination in film, histories, fiction, and documentaries.

Part of the allure of this horrific disaster was the novelty of its communication to the world.  A revolution in news transmission played a significant role in disaster relief and journalistic coverage.  One newspaper marveled at the "magnificent exemplification of wireless telegraphy" that enabled the ship to send an S.O.S. message as it was sinking.

Wireless telegraphy also brought news of the disaster to a "shocked" public as it unfolded, a precursor to our real-time, 24-hour cycle.  Thanks to Chronicling America, the online database of digital historic newspapers jointly sponsored by the National Endowment for the Humanities and the Library of Congress,  the original coverage from newspapers across the country is now on line. A  sample of the articles curated by the Library of Congress is available, and much more can be found by using the following search terms:  Titanic, Carpathia, Captain Smith, Bruce Ismay, White Star Line.

Earlier coverage of the construction of the Titanic portrayed the ship as "unsinkable."

As coverage of the 100th anniversary continues to spread, other instances of the use of Chronicling America content are appearing. The Library of Virginia has updated its online exhibit page "R.M.S. Titanic: 100 Years Later" with several links to Virginia newspapers.

In addition, one of NEH's other state Digital Newspaper Projects awardees,  Oregon Humanities, has produced an exhibit on its  blog called "Titanic Centennial."

The Ohio Historical Society has also produced an account of how local newspapers tracked the construction and sinking of the Titanic in its piece "When the Great Ship Went Down (link no longer active)."

The Library of Congress has been featuring stories and materials across several of its blogs, including this story titled "An Unsinkable Legacy: Remembering the Titanic."  Included among the historic materials found by the Library staff is a recording of "Nearer My God To Thee," a hymn that was played by the ship's orchestra as it was sinking on April 15th 100 years ago.  The hymn can be heard on the National Jukebox; NEH has supported the development of the Encyclopedic Discography of Victor Recordings used by the Jukebox.

NEH would love to hear from others who have used Titanic-related content on Chronicling America. Email @email .