From colonial times, through the Revolution and Civil War, into the tumultuous 20th century, and right up to the present, wars have shaped the history of our nation in many ways.  In order to ensure access to that history for future generations, the records that document these events—books, manuscripts, historical objects, and audiovisual materials—must be preserved as well.  Below are several projects supported by NEH and carried out by museums, archives, and historical societies that are working to keep the memory of America’s wars and warriors alive. 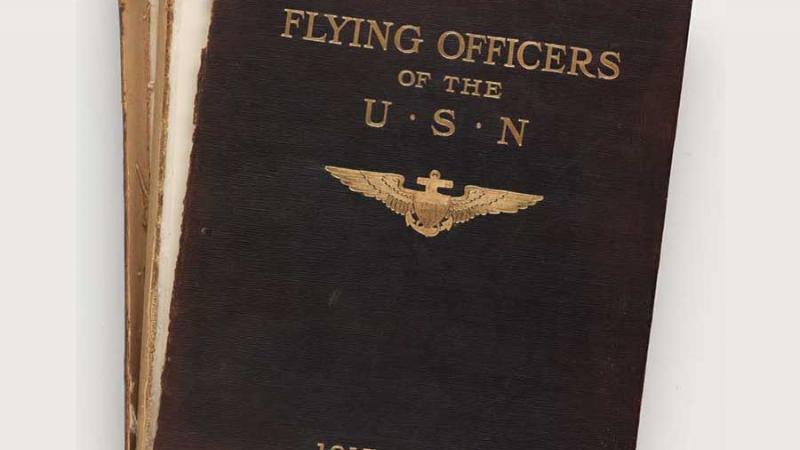 This oversize volume of Flying Officers of the U.S.N. is currently wrapped in acid-free paper and tied with a cotton sting which provides minimum protection. Placing it in a phase box will protect both the spine and board from further damage. 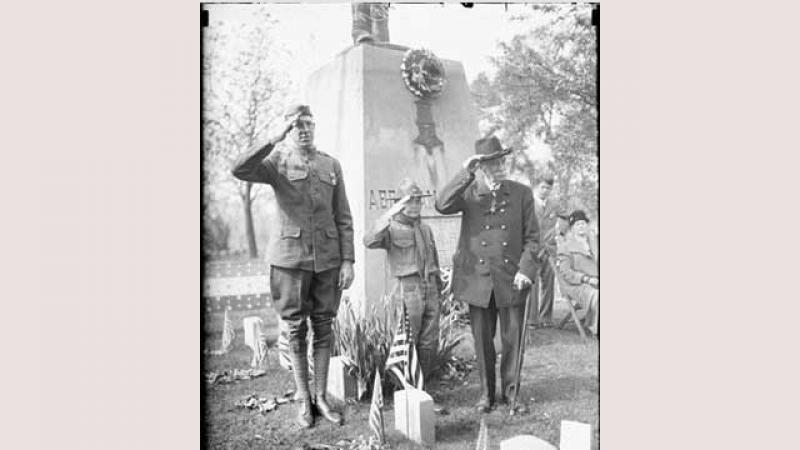 Decoration Day, 1927. A Civil War veteran salutes with a Boy Scout and a soldier at a gravesite in Oak Woods Cemetery, Chicago, Illinois.

Serving as a second lieutenant in the Illinois infantry during the Mexican-American War, John Alexander Logan (1826-1886) went on to achieve fame as a Civil War general who contributed to the Union victories in the battles of Vicksburg and Atlanta.  After the war, Logan was elected to the House of Representatives and the Senate. In 1884, he was nominated to be the running mate of James G. Blaine, the Republican candidate for President of the United States. Today Logan is perhaps best remembered as one of the principal founders of Memorial Day (originally called Decoration Day), the national holiday established in 1886 to honor the nation’s war dead.  Situated in his birthplace of Murphysboro, Illinois, the John G. Logan Museum is dedicated to preserving the general’s legacy. It contains nearly two thousand items related to Logan’s military and political career, including correspondence, photographs, paintings, furniture, and military records. With grants from the NEH in 2007 and again in 2011, the museum carried out a general preservation assessment of its collection and purchased storage furniture and supplies to help ensure the preservation of these important holdings.

In the wake of the Civil War, the Grand Army of the Republic (GAR) emerged as the most important veterans’ organization in the country. At its height, the GAR had nearly half a million members, among them none other than John A. Logan, who in his capacity as commander-in-chief of that organization successfully lobbied, as noted above, for the establishment of Memorial Day.  Another Civil War heritage organization, the Philadelphia Camp Sons of Union Veterans of the Civil War, holds numerous materials on the GAR, the Sons of Union Veterans, and related fraternal organizations. Among its holdings are organizational records, personal papers, photographs, newspapers, maps, posters, pamphlets, and scrapbooks that reflect the political and social activities of Union Army veterans and demonstrate the ways in which fraternal organizations like the GAR provided for its members’ needs. With support from the NEH in 2009  and 2011, the Philadelphia Camp Sons of the Union Veterans of the Civil War was able to obtain metal shelving and archival folders to alleviate overcrowding and to improve storage of these records. It also secured the services of a conservator to assist in efforts to improve the preservation and arrangement of the archive. 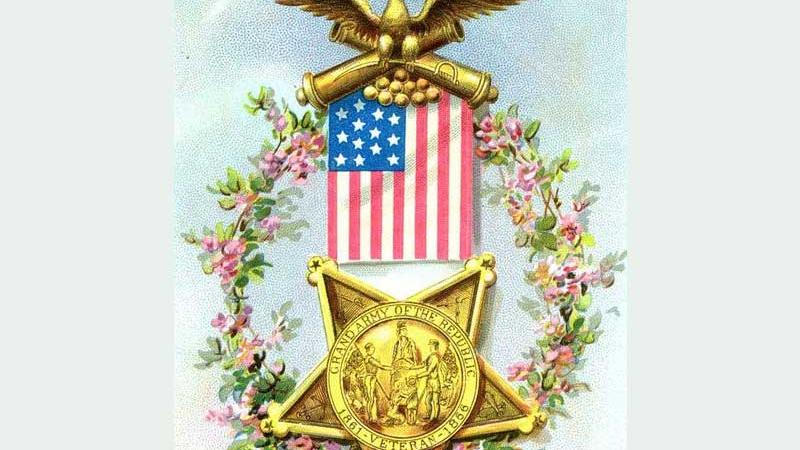 Postcard, Grand Army of the Republic 1915. "Flag of Freedom, grand and glorious, 'Neath the flag we march victorious." For "Decoration Day," Tuck's Post Card No. 179. 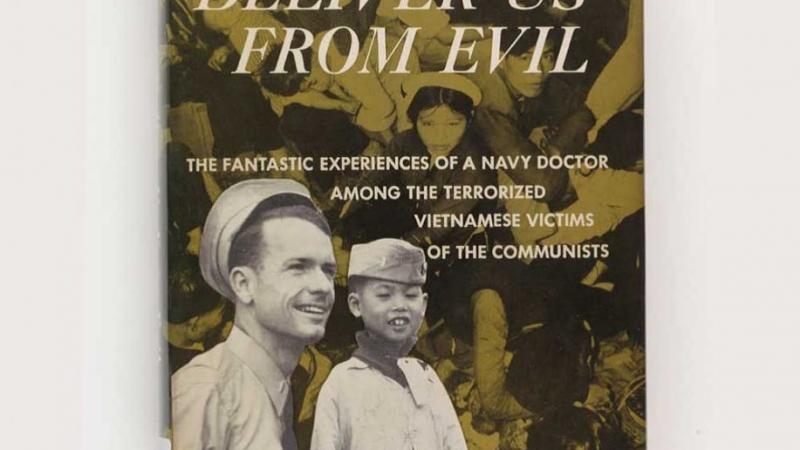 A phase box will protect this book, Deliver Us From Evil, during shelving and storage. The color dust jacket will be protected from any light damage

In 2008, the Institute on World War II and the Human Experience at Florida State University in Tallahassee received an NEH grant to assess the preservation and storage needs of its collections related to the history of the Second World War.  Academic researchers, elementary school students, members of veteran groups, and other visitors can examine there a wide range of primary materials including letters and diaries from soldiers and sailors, aviator and ship logs, military orders and reports, personal manuscripts, maps, and thousands of photographs.  The institute also maintains a collection of videos, audio tapes, and record albums, as well as privately printed memoirs, hard-to-find unit histories, and assorted World War II memorabilia. Most of its holdings have been donated by veterans or their families. Objects on display include the uniform of Helen E. Walsh, an artificer with the WAC 161 Company stationed in North Africa, Italy, and France; a black cloth yarmulke and leather-bound Jewish prayer book that belonged to Leon Lindauer, a soldier in the 88th Infantry Division killed in action in Italy; and a radio assembled from a kit by German prisoners of war—a gift to U.S. Army physician Lundie C. Ogburn in appreciation of the medical care he provided. The conservator who examined these and other three-dimensional objects from the institute’s collections advised on ways to preserve them for future research and exhibition.

Finally, the Virginia Historical Society in Richmond received a grant to preserve its extensive collection of U.S. military history materials, mostly dating from 1914 to 1975. These records document the lives of individual soldiers, as well as those left on the home front. They include regimental histories, weapons manuals, wartime literature and humor, and accounts of prisoners of war. With NEH support, the acidic boxes, folders, and binders in which most of these fragile materials are currently stored are being replaced by archival-quality materials.  Among the nearly four thousand items being preserved are:  The Bluejacket’s Manual, United States Navy, a World War I-era guidebook routinely issued to naval recruits; History of the Colored Volunteer Infantry of Virginia, 1871-1899, an account of black troops serving in the Spanish-American War; and Lest We Forget: Base Hospital, Camp Lee, Virginia, 1919, a history of a Richmond military hospital which treated thousands of soldiers stricken by the great influenza epidemic of 1918. 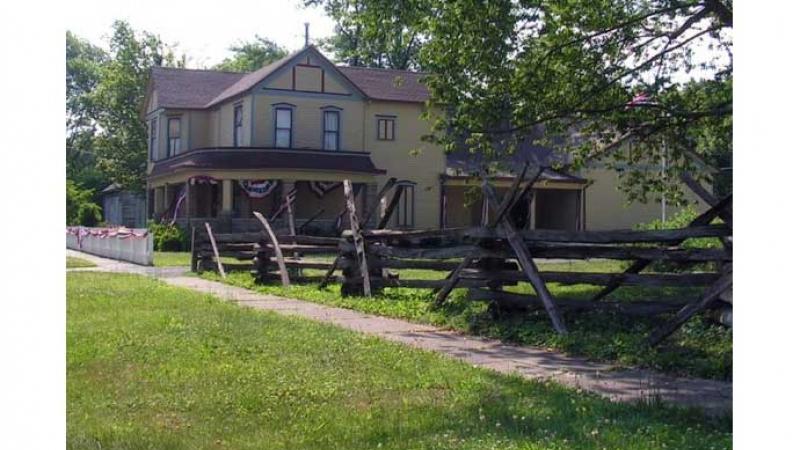 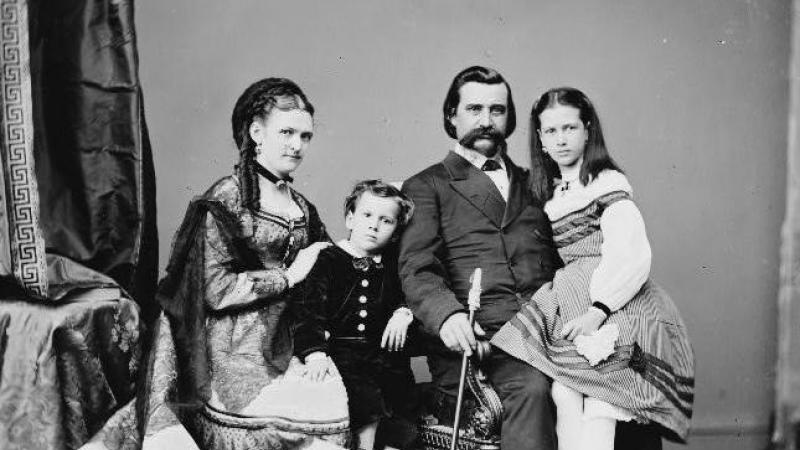 Courtesy of the Brady-Handy Photograph Collection at the Library of Congress http://loc.gov/pictures/resource/cwpbh.00642/

Other institutions receiving grants from the NEH to preserve their military history collections include the Richard I. Bong WWII Heritage Center in Superior, Wisconsin; the Valley Forge Military Junior College in Wayne, Pennsylvania; the Japanese American Historical Society in San Francisco; and the Navy UDT-SEAL Museum in Fort Pierce, Florida.  The latter was featured in an impact report showing the range of NEH support for veterans communities throughout the country.