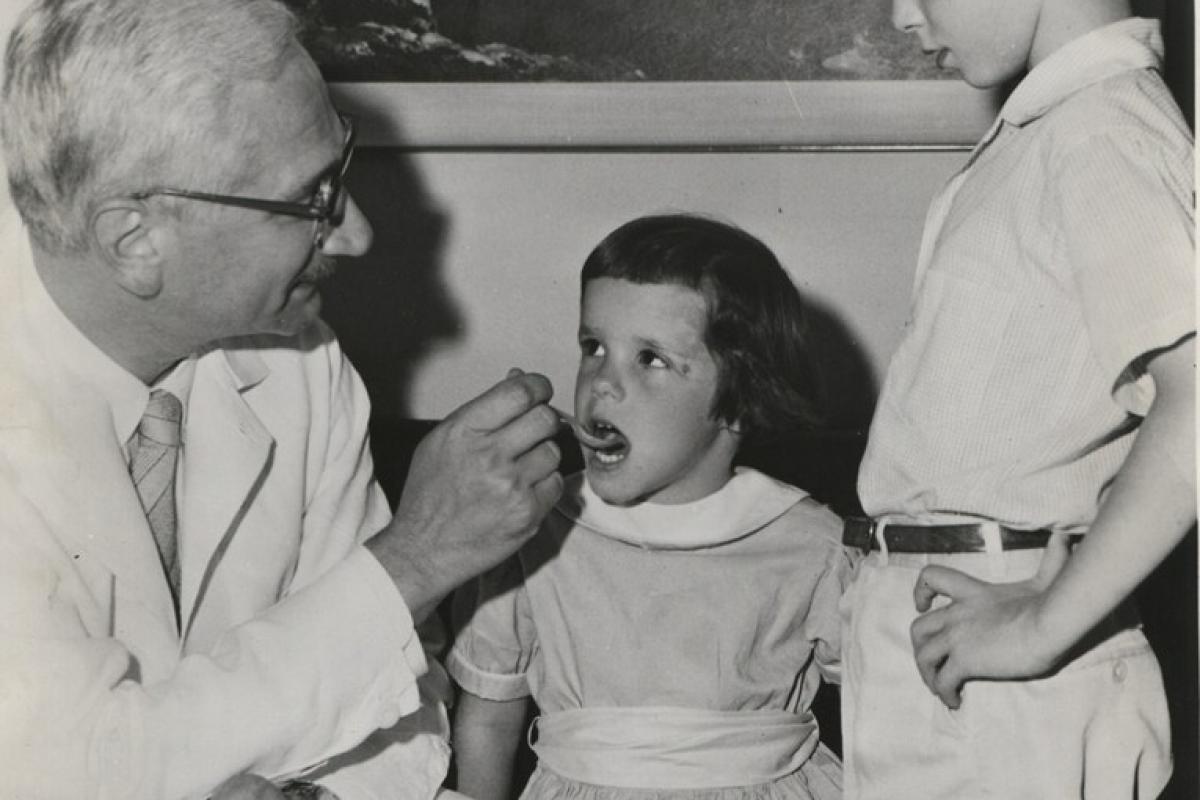 Courtesy of the Henry R. Winkler Center for the History of the Health Professions, University of Cincinnati.

Historian Charles Rosenberg once wrote that hospitals have “reproduced in microcosm the history of a larger society” (Charles Rosenberg, The Care of Strangers: the Rise of America's Hospital System. New York, NY Basic Books 1987, p.4).

At first glance, this observation might seem surprising, but its broad connotation is undeniable: health, illness, and medical attention touch everyone’s lives and can have a decisive influence on human behavior, individually and collectively. Humanities scholars have recognized the central role of health and medicine in American and world history for several decades, but this is a field of research that remains very much in a state of growth and transformation. One manifestation of this is a recent increase in efforts to preserve and facilitate online access to rich collections of historical documents, images, and publications related to the history of medicine.

Over the next couple of weeks, we are profiling three major preservation and access projects funded through NEH’s Humanities Collections and Reference Resources program that cover subject matter of national, and indeed international, scope and importance. Part I featured the University of Michigan’s Center for the History of Medicine’s effort to document systematically the deadly influenza outbreak of 1918-19, in part to understand how we may better prepare as a society for future outbreaks. Part II features the University of Cincinnati’s archive of Dr. Albert Sabin, the scientist who developed the oral polio vaccine that helped eradicate the disease, and Part III will feature a collaborative project involving some of the nation’s leading medical libraries to digitize historical medical journals, including the first medical journal published in the United States, Medical Repository (1797-1824).

As these projects illustrate, the history of medicine bridges almost every domain of the humanities, from the study of philosophy and ethics to the examination of everyday social and cultural history. Far from being a narrow subfield of study, it opens a pathway for exploring some of the most fundamental questions of human experience over time.

Polio was one of the most frightening words of the 20th century.  This insidious disease reached crisis proportions in the early 1900s, leaving thousands of people, mainly children, afflicted with paralysis.  Many of these children, once diagnosed, also suffered the emotional consequences of being treated as outcasts for fear of contamination.  Although polio was known by the late 19th century to be contagious, no one really understood what a virus was or how it operated in the body.  Without any sure prevention or cure, the disease was simply left to run its slow and often debilitating course. Those of an elevated social and economic class were not immune, as personified by the disease’s most famous victim, President Franklin D. Roosevelt.

It was not until the 1950s that preventive vaccines were discovered and made widely available.   Though generally credited as the solution to the polio scourge, Jonas Salk’s vaccine, announced to the world in 1955, was expensive and difficult to administer, requiring injections.  The scientist who devised the vaccine that played the critical role in nearly eradicating the disease worldwide was Albert Sabin, a Russian Jewish immigrant who arrived in the United States at age 15 in 1921.  Sabin’s oral polio vaccine, developed while he served at the University of Cincinnati College of Medicine and Cincinnati Children’s Hospital, was easy to produce and convenient to administer.  It was approved for use in the United States  in 1961, and within two decades it eliminated the disease from most western countries and much of the Third World.  Many people today still recall public occasions similar to blood drives, known in some parts of the country as “Sabin Sundays,” in which families would line up with their children to take the live virus concoction on a sugar cube. 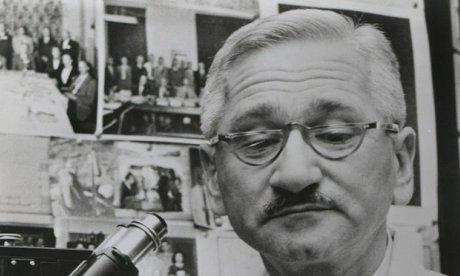 Courtesy of the Henry R. Winkler Center for the History of the Health Professions, University of Cincinnati.

The University of Cincinnati’s Henry R. Winkler Center for the History of Health Professions acquired the personal papers of Dr. Sabin shortly after his death in 1993.  Comprising some 400 linear feet, the collection was processed in the late 1990s and has been consulted by researchers exploring a wide range of topics including public health, military medicine, international scientific cooperation, and medical ethics.   NEH support is now enabling the digitization of Sabin’s extensive correspondence and photographs.

Sabin's correspondence provides rich historical detail on the social, political, and ethical issues that accompanied his efforts to develop the polio vaccine.  Because Sabin’s goal was eradication of the disease on a global scale, the materials extensively document the story of his involvement with the U.S. government and interactions with foreign scientists and officials, including colleagues from the Soviet Union during the Cold War era, where he facilitated the administration of over 100 million vaccines in the late 1950s.  Also chronicled are Sabin’s activities and influence outside of the area of medical science, including his service in the 1960s as chairman of the American Professors for Peace in the Middle East.

Be sure to read Part I and Part III of our series Medicine and the Humanities.

In addition to these efforts, the Division of Preservation and Access has supported a number of other projects over several decades that pertain directly or indirectly to the history of medicine.

The grant to digitize the Albert B. Sabin Archives was awarded through the NEH Division of Preservation and Access's Humanities Collections grant program: PW-50552-10.