As the holidays approach, our thoughts turn to family and food.  You can’t escape the weekly newspaper “Style” and “Food” sections that roll out the latest variations on Thanksgiving side dishes and Christmas cookies.  The endlessly re-imagined recipes for stuffing and sweet treats provide food historians (and home cooks) ample fodder for thinking about cross-cultural exchange in American society and the enduring appeal of simple carbohydrates.

Chronicling America, a website produced through a joint partnership between the Library of Congress and NEH to preserve America’s newspapers from 1690 to 1963, gives us a historic perspective on some classic holiday recipes.  A December 1920 article from The Bisbee Daily Review from Bisbee, Arizona gives “A Few Holiday Recipe Suggestions.”  Among them are traditional recipes for candied orange peel, shortbread cookies, and butter cream frosting; more surprisingly, it also lists a recipe for tuna fish sandwiches.  Should your children be interested in cooking, The Washington Herald in December 1911 published candy-making recipes for “boys and girls who wish to give something to their friends for Christmas presents that they have themselves made and that will not take too much time.”  Chocolate marshmallows and vanilla fudge seem like perennially good ideas. 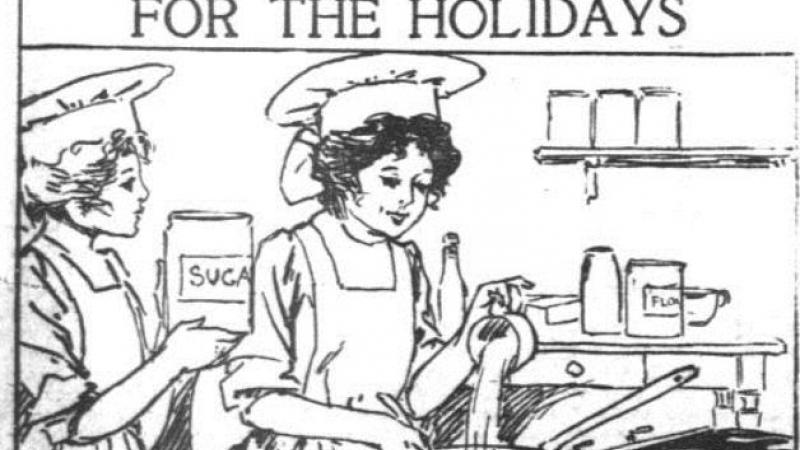 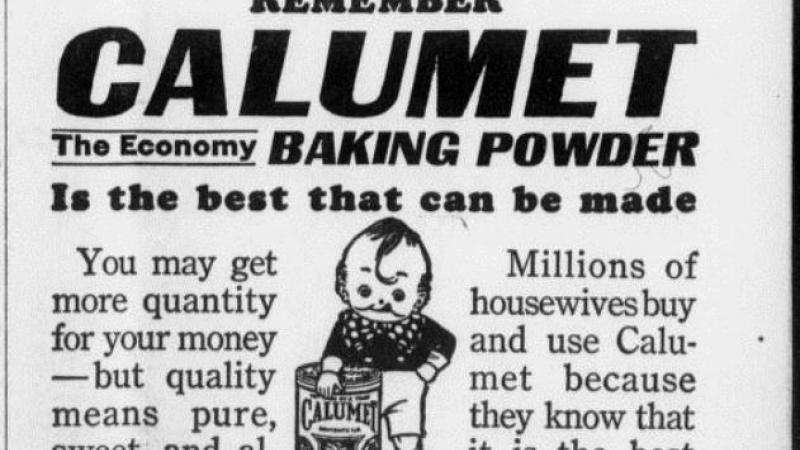 The newspapers in Chronicling America also include advertising, and it’s fascinating to see the marketing campaigns for brand-name foods we still use today.  For those of us who feel guilty using huge quantities of Karo syrup in their pecan pies, perhaps we should consider this patriotic advertisement, appearing in the New-York Tribune in December 1917.  It tells us that we can “Save Sugar! But No Need to Do Without Sweets—There’s Always Plenty of the Great American Syrup.”  In addition to a recipe for Karo Fruit Cake, the ad imparts this piece of wisdom: “Good candy is a necessity.”  Another wartime advertisement for Borden’s Evaporated Milk in a 1918 edition of The Washington Times employs a slogan we also don’t often hear these days: “Eat Less Meat—Use More Milk.”

Local Washington, D.C., foodies might also be interested to know that they can cater their Hanukkah parties with goods from DGS Delicatessen, a store whose name harkens back to the “District Grocery Society,” a cooperative of independent Jewish grocers in Washington, D.C. from 1921 to 1972.  The Jewish Historical Society of Greater Washington has received several NEH grants to rehouse its archival collections.  Claire Uziel, their assistant archivist, explores the history of the District Grocery Society on a website called the Jewish Food Experience.  And if you are still hungry, you can order a famous Shuman’s Jelly Cake from Shuman’s Bakery in Alexandria, Virginia, which has been advertising its confections in Washington-area newspapers since its founding in 1876.  This Washington Times advertisement from December 1904 reminds us that “Now is the time to order your Xmas Cakes, Candies, Nuts, Ice Cream, Etc.” 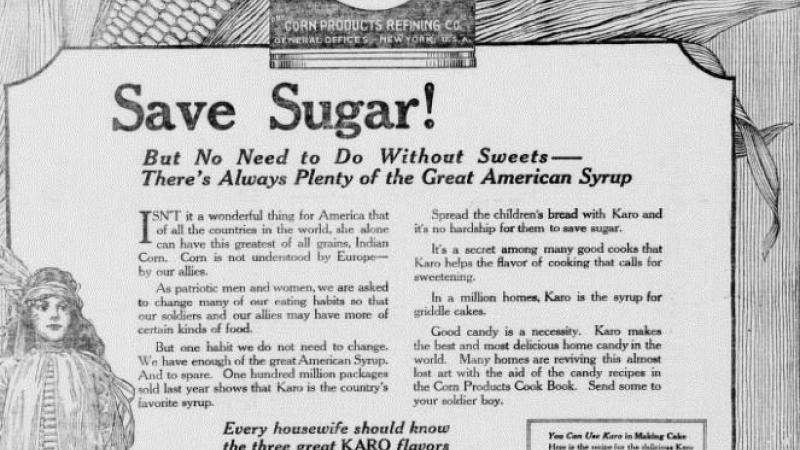 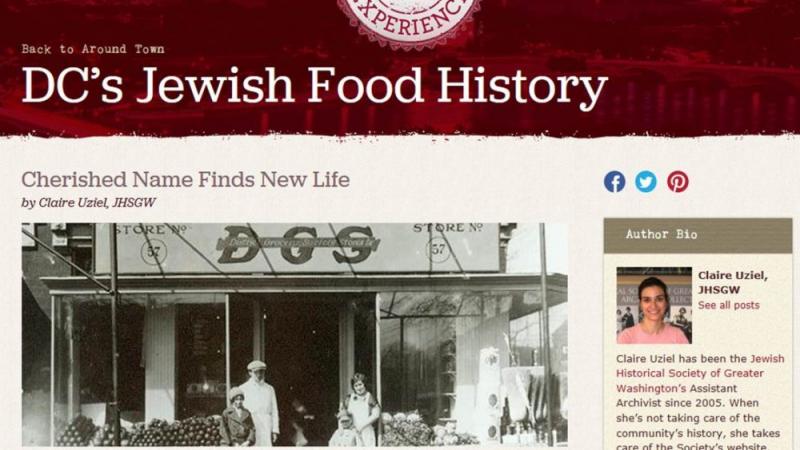 Immigrants Morris and Jennie Vigderhouse ran a DGS store at 1030 North Capitol Street NW. Pictured here are Jennie and two of their children with a shop employee, late 1920s.