History Through the Eyes of College Women 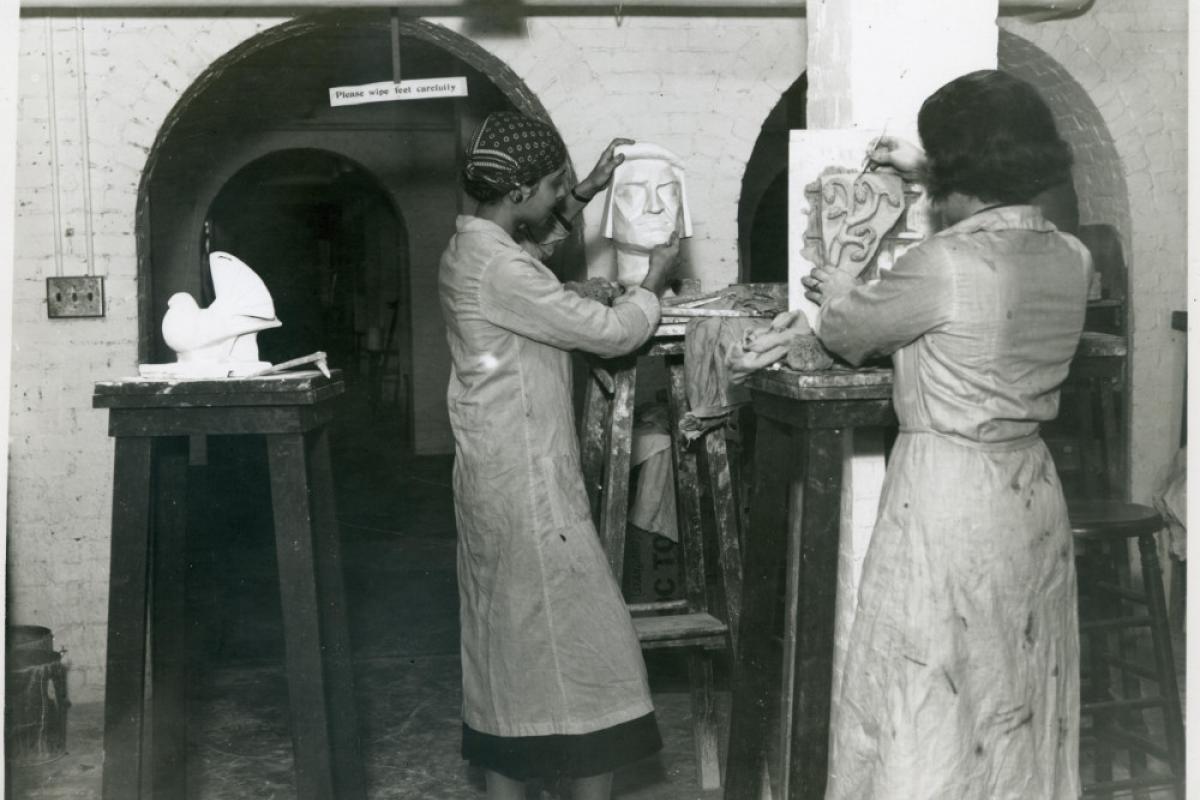 Courtesy of the Wellesley College Archives

The National Endowment for the Humanities (NEH) awarded two Humanities Collections and Reference Resources grants to Bryn Mawr College to enable production of the College Women website. The College Women project, currently in its pilot stage, is a searchable collection of diaries, letters, scrapbooks, and photographs from the archives of a select group of the earliest women’s colleges in the United States, the Seven Sisters. This project demonstrates how higher education impacts the trajectory of women’s lives and highlights historic moments in American women’s rights history.

Pioneers like Fannie Aaron and Mary Worthington, two women memorialized in this project, forged the way for millions of young girls.

As one of the only Jewish women attending Vassar College in 1919-1923, Fannie Aaron was drawn into a complex social, academic, and political whirlpool. Her brief letters, addressed to her parents and written daily, were often a mixture of emotions—varying from more whimsical topics such as receiving a new pack of stamps, to discussing deep disappointments and fears.

Despite a gap of nearly a century and a half, Aaron is familiar character to women today. In one of Aaron's letters she wrote about dressing up for Halloween, “Tell aunt if she has a good costume to send it immediately if it will be here in time for Saturday night.” In other letters she describes school conferences, celebrating Thanksgiving, and even a losing croquet match described as “quite the sad affair.” You can imagine college women—or men— today posting about these same events on Facebook, Instagram, and Twitter.

Many women of different socioeconomic statuses, titles, and positions are featured on the College Women website. Mary Whitall Worthington, then president of Bryn Mawr’s chapter of the Equal Suffrage League, describes her experience at the National American Woman Suffrage Association convention in Buffalo, October 1908, in her diary. Worthington notes of her encounter with another attendee, Mrs. Stanton Blatch, who criticized college women harshly, reportedly commenting, “. . . college women weren’t worth a pea and that any working woman was worth fifty college women and a lot of other hysterical things . . .” To this criticism, Worthington laments, “it pained her awfully to see such an ungenerous & jealous spirit among people working for a great cause”.

By collecting and exploring stories like those of the women highlighted above, the College Women project enables a circulation of new knowledge in women’s history.

An elite association of liberal arts colleges in the Northeastern United States—Barnard, Bryn Mawr, Mount Holyoke, Radcliffe, Smith, Vassar, and Wellesley—were considered Ivy League equivalents prior to the League’s admission of women. Founded during the first wave of feminism in the 19th century, the Seven Sister colleges helped establish women's equality in the educational sphere by serving as a network and home for intellectual and motivated women. Many of these women, as they encountered different academic and social experiences, chronicled their time at their specific colleges through writing and photography, preserved at their college’s library. Together, these digitalized documents illustrate the beginnings of feminism in America and are categorized on the College Women website by twenty-one “themes”, which range from religion, student movements, to dress and beyond. The selected documents go beyond feminism aggregated they form an image of America and retell and preserve its history.

The preserved documents both align and differ with today’s reality. In 2014, Pew Research came out with a report titled “Women’s college enrollment gains leave men behind.” Women outpace men in college enrollment by ten percent, according to this study. These statistics become more astonishing when you remember that women’s higher education was a novel and mostly controversial idea a century ago. With women’s rights and education still being of significant concern today, the collection offers a particular insight illustrating which women’s rights and access to higher education issues have changed and which ones still persist. The documentation of the female student’s lives, especially in an era where women’s rights were constantly evolving and reforming, represent a larger phenomenon in American history and more specifically, American women’s history, chronicling a time when public careers and education for women were just being made available.

College Women currently features some 300 photographs, letters, diaries, and scrapbooks of female students from the seven partner institutions. The current documents form the core of a collection that will continue to grow and evolve as more content becomes catalogued and digitalized. Upon completion of the current NEH project, approximately 50,000 more items will be made available on the College Women website, with future plans to enable the inclusion of materials from schools outside of the Seven Sisters group, including from HBCUs and other institutions that are underrepresented in online collections.