Graveyards, Haunted Halls, and What Remains 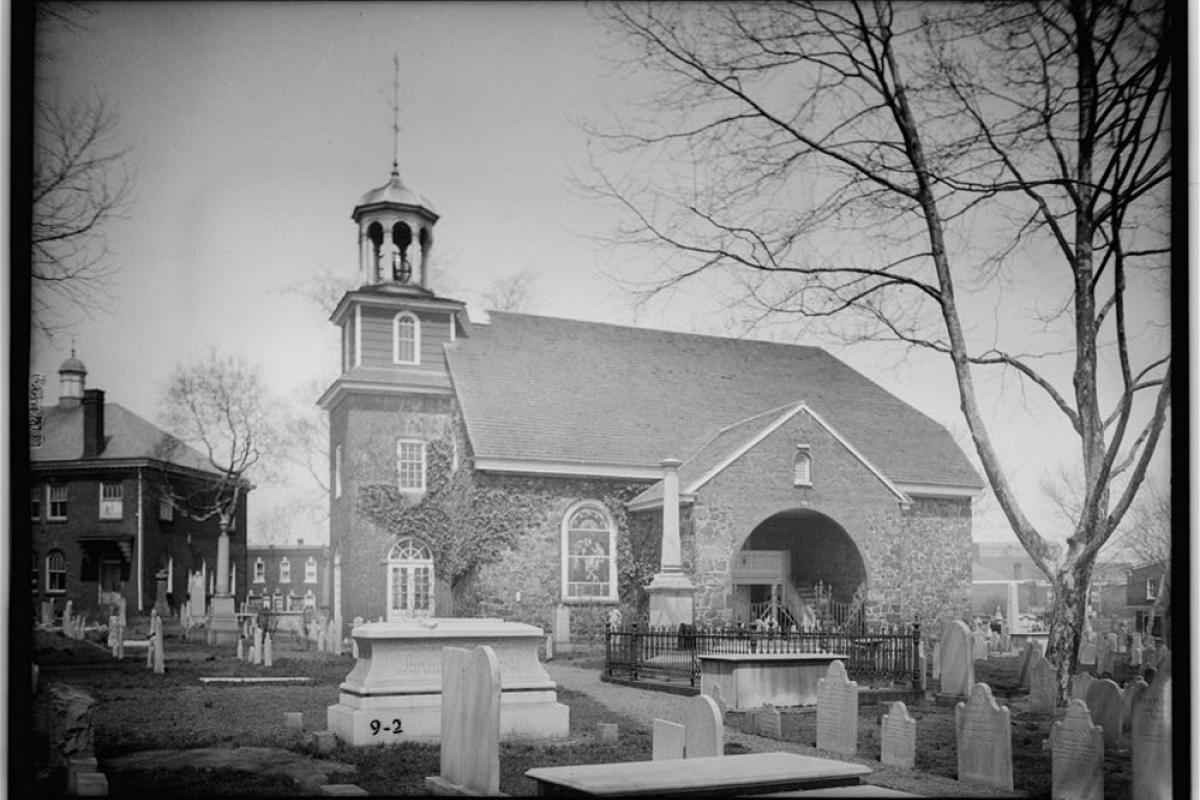 A house is never still in darkness to those who listen intently; there is a whispering in distant chambers, an unearthly hand presses the snib of the window, the latch rises. Ghosts were created when the first man woke in the night. (J.M. Barrie, The Little Minister, 1891)

It’s that feeling that you’re not quite alone. Maybe there’s a chill, a movement out of the corner of your eye, a whisper.  The thrill is delicious and you assure yourself that nothing’s there; it’s only the wind or a play of light.  But who can say what spirits remain in the rooms of the past? Three institutions, all involved in historical rumors of being haunted, recently received Preservation Assistance Grants from the NEH. These grants supported collection assessments, established preservation measures, and enabled the purchase of environmental monitoring equipment.   Such preservation efforts are essential to sustaining collections in unique and historically significant sites for future visitors, and, perhaps, those long-passed who still wander among us. 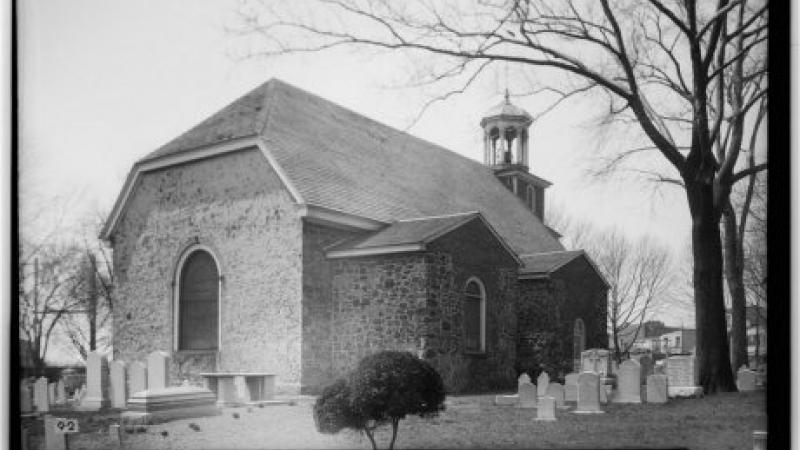 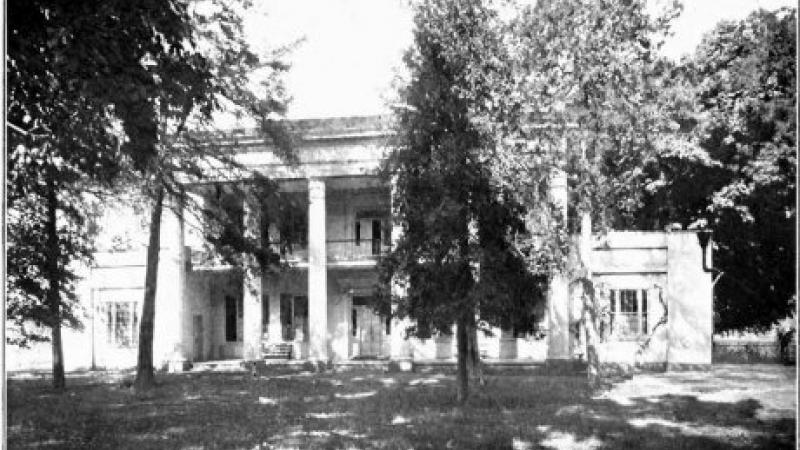 Old Swedes Churchyard and burial grounds, in Wilmington, Delaware, dates to 1638.  Of the 1,500 surviving gravestones, two of the earliest mark the graves of Catharina and Britta Cock, who died of typhoid fever in 1726. Nineteenth-century newspapers and diaries of locals tell tales of the ghostly tolling of the church bells at midnight and other spectral happenings.  Could it be Major Peter Jaquett, Revolutionary War hero, who was interned there in 1834, or William Vandever who was buried in the churchyard in 1717? Perhaps the sisters struck down by fever?

By the 1880s the Hermitage, the Tennessee home and final resting place of American president Andrew Jackson and his beloved Rachel, had fallen into disuse and disrepair.   In 1889, the Ladies Hermitage Association took control of the property with plans to open a museum.  As the story goes, a few of the ladies chose to stay at the mansion, some say to dissuade would-be vandals.  Pulling a mattress from an upstairs room, and settling in for the night in the front parlor, the women drifted off to be awoken by the crash of pots, pans, and dishes in the kitchen, but no one was in the kitchen.   There was the sound of heavy chains dragged along the front porch, but upon looking out the window—still nothing.   The ladies were startled, to be sure, by the unexplained treading of horse hooves ascending and descending the stairs.  A second night proved to be no less terrifying, after which the ladies were obliged to decamp and the house was entrusted to a caretaker.   Even now, there are rumors of incorporeal voices and apparitions still lurking in the shadows of the Hermitage. 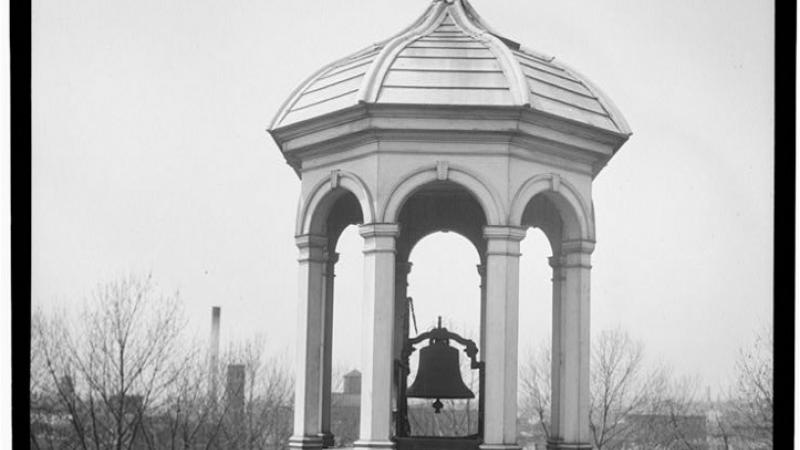 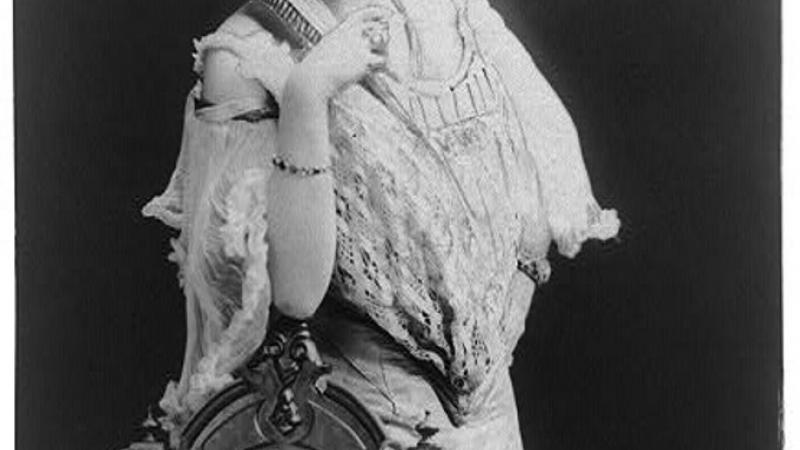 Courtesy of the Library of Congress http://www.loc.gov/pictures/resource/cph.3b40210/

The Molly Brown House, a stately Victorian manse on Pennsylvania Street in Denver, Colorado, may not have as storied a past as its legendary owner, Margaret Tobin Brown-- the “unsinkable” Molly Brown--but it nevertheless has hosted a range of intriguing residents.  Since it was built in 1889, the house has been home to not only Molly, but also Governor James Orman and other high-society types to whom Molly rented the home when she was traveling the world.  Reduced means during the Great Depression brought boarders into the house, and it remained a rooming house until the 1960s when it finally became a home for needy girls.  The house has since been restored to the grandeur of its heyday in 1910 and is welcoming guests again, except it seems that some of Molly’s original guests have never left.   Visitors to the house claim to have seen Molly’s mother standing at a bedroom window.   Some have smelled the pipe tobacco favored by J.J. Brown, Molly’s husband.  Others have noticed a fashionably dressed lady sitting at the dining room table, fashionably dressed for the 1900s, that is.  And yet another spirit stays on, perceptible only by some from the lingering scent of rose perfume.  Could it be Molly, unsinkable in death, as in life?

The hauntings and ghost stories attributed to the Old Swedes Church, the Hermitage, and the Molly Brown House are entertaining chapters in their overall history.  Whether you believe in ghosts or take a more pragmatic view of the unexplained, the spirit of history wanders freely through the graveyards and halls of our nation’s historic sites, whose collections Preservation Assistance Grants have helped to preserve.