Demonstrator outside the State Steamship Lines, circa May 1969, during an event organized by Troy Perry and Jim Kepner.

In recognition of LGBT History Month, this post explores projects supported by the NEH Division of Preservation and Access of particular significance to LGBT history in the United States. June was chosen as LGBT history month in 1995 to commemorate the anniversary of the Stonewall riots. On June 28, 1969, patrons and supporters of the Stonewall Inn in Manhattan staged an uprising to resist the police harassment and persecution to which LGBT Americans were commonly subjected. The Stonewall riots were a tipping point for the Gay Liberation Movement in the United States and came to symbolize efforts to outlaw discriminatory laws and practices. “The fight for dignity and equality for lesbian, gay, bisexual, and transgender (LGBT) people is reflected in the tireless dedication of advocates and allies who strive to forge a more inclusive society,” stated President Obama in his 2016 LGBT Pride Month proclamation. 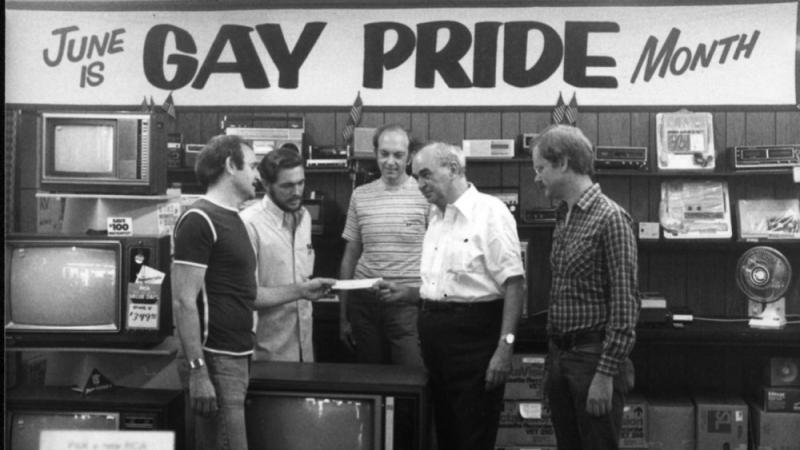 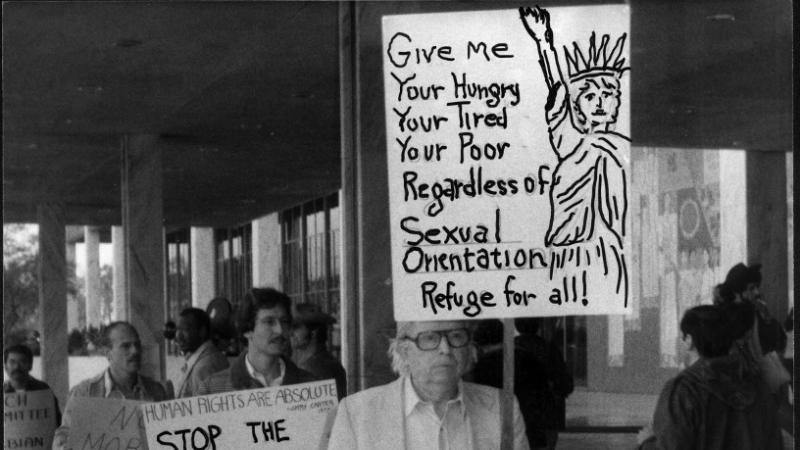 NEH’s Division of Preservation and Access has supported the preservation and use of many collections that document LGBT history in the United States. Some are held in institutional archives, others in community centers. Here we feature two recent NEH grantees: the ONE Archives and the Gerber Hart Library and Archives. 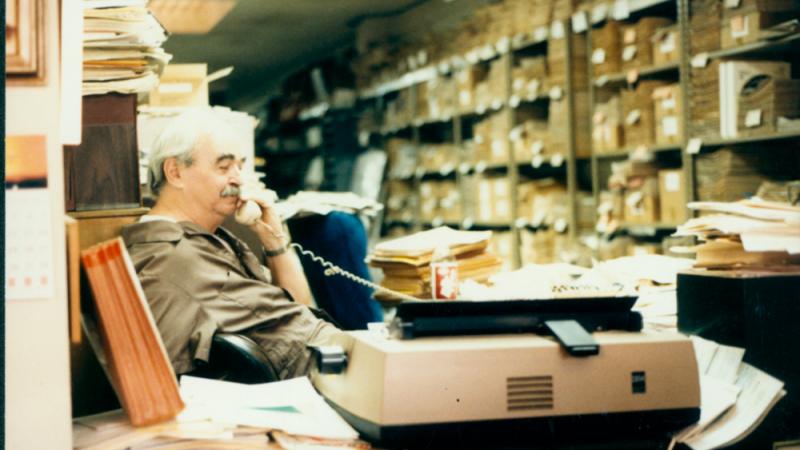 Jim Kepner on the phone at the National Gay Archives. 1986. 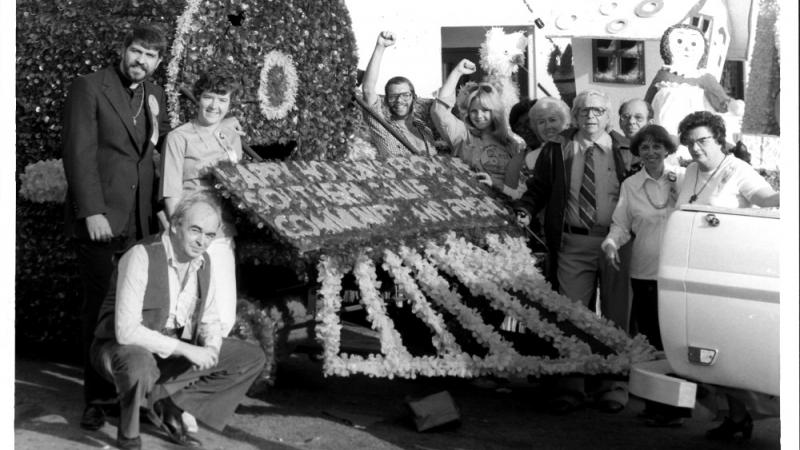 In 2009 and 2010, the ONE National Gay and Lesbian Archives received support from NEH to preserve and catalog its archival collections. Founded in 1952, the ONE Archives houses the world's largest research library dedicated to LGBT history. Over the years, ONE has transformed itself, from its origins as the earliest national gay publication, into an institute that conferred the first academic certificates in gay studies. In 1994, ONE merged with the Jim Kepner International Gay & Lesbian Archives to create a research center for the study of all aspects of gender diversity. Kepner, a leader in the national gay movement, had amassed a collection of key primary and secondary sources over five decades documenting gay life and activism. The ONE Archives’ over 640 processed archival collections presently contain more than 2 million items. Among them are the organizational records of several political and religious organizations and the papers of writers, activists, and other participants in the LGBTQ movement from the 1950s through the 2010s. In 2000, the ONE Archives, which is associated with the library of the University of Southern California, opened a new research center on the USC campus. NEH support enabled the arrangement and description of approximately 647 linear feet of material, the creation of detailed finding aids and catalog records, and the digitization of over 500 images. ONE's collections are used by students, humanities scholars, and the general public to interpret broad areas of United States social, political, and cultural history, including civil rights, health, religion, and gender relations. 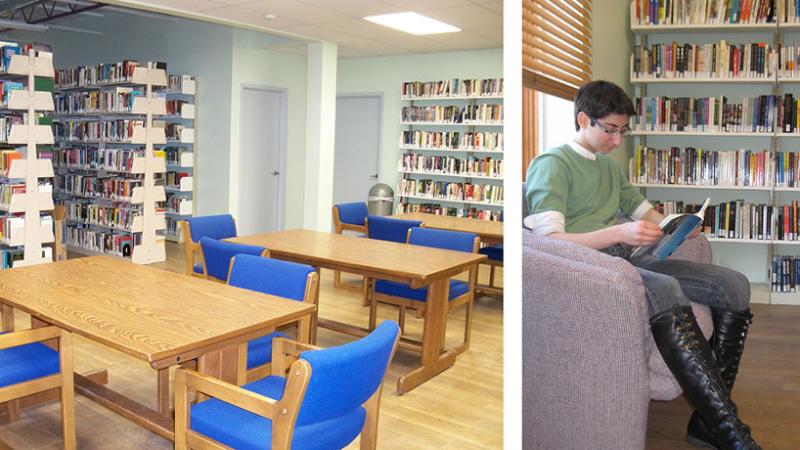 The reading room at the Gerber Hart library allows patrons access to over 22,000 volumes and encourages use of the collection for educational and research purposes. 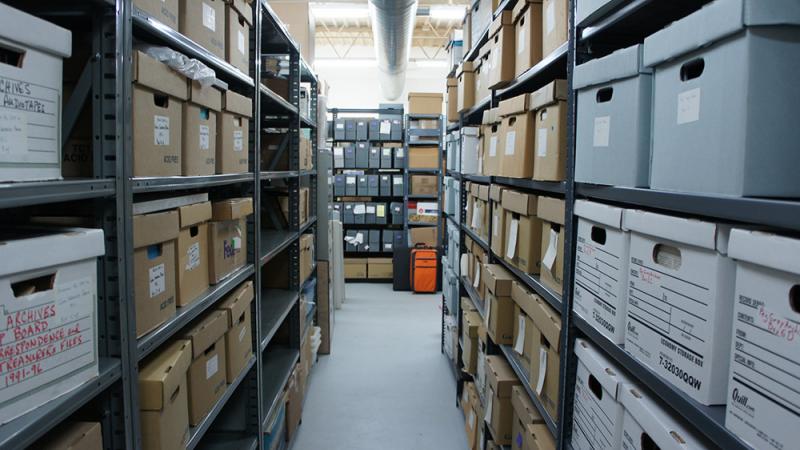 NEH support will assist the Gerber Hart to assess long-term storage needs and space requirements for its archival collections.

While research on the history of the LGBT community has usually focused on the coasts, specifically New York City and San Francisco, the first gay rights organization to receive a state charter in the United States was the Society for Human Rights established in Chicago in 1924 by Henry Gerber. The Gerber Hart Library and Archives, founded in 1981, holds the largest LGBT collection in the Midwest. It encompasses more than 925 cubic feet of archival material from over 150 sources, including works on paper, objects, photographs, as well as films and works of art that capture the legacy of LGBT communities in the Chicago metropolitan area and the wider region. Included are collections from activists, writers, educators, politicians, and medical professionals documenting the culture and history of gay men, lesbians, bisexuals, and transgender people. In 2016, NEH awarded a grant to the Gerber Hart Library and Archives in Chicago to undertake a preservation assessment of its collections. The award will allow the library to identify preservation priorities and ensure that this important collection remains accessible to researchers and educators. 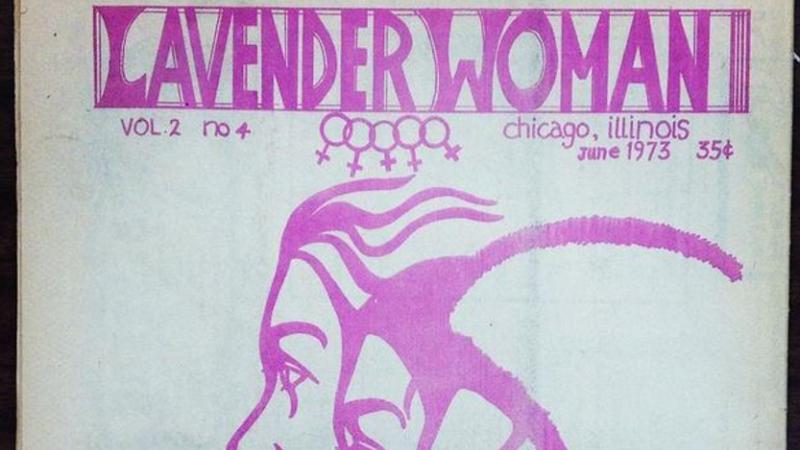 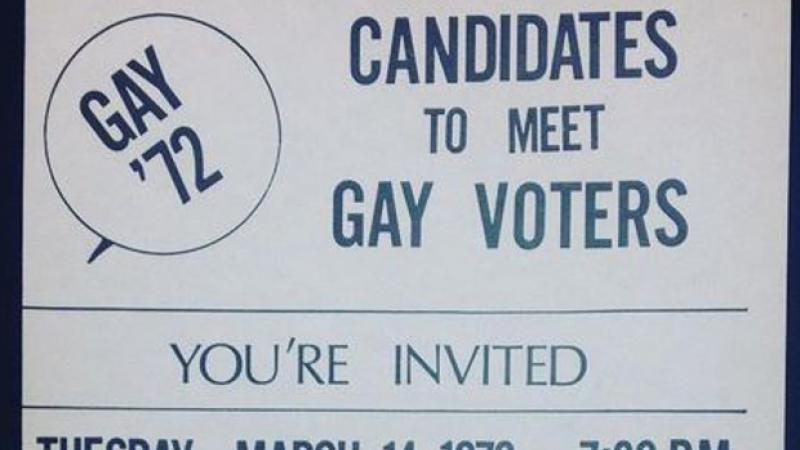 Poster for a voters forum by the Chicago Gay Alliance. 1972.

Other organizations with collections of LGBT materials have recently received NEH support. They include:

A selection of Gerber Hart’s collection of LGBTQ buttons. These buttons share a Chicago theme. 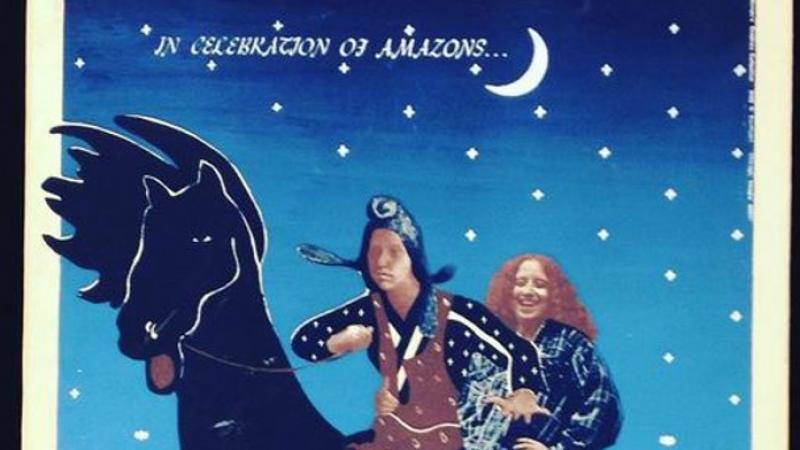 Poster for the Midwest Lesbian Conference and Music Festival in East Lansing, Michigan. 1974.