From Disaster Response to the Lab: The Art and Science of Film Preservation 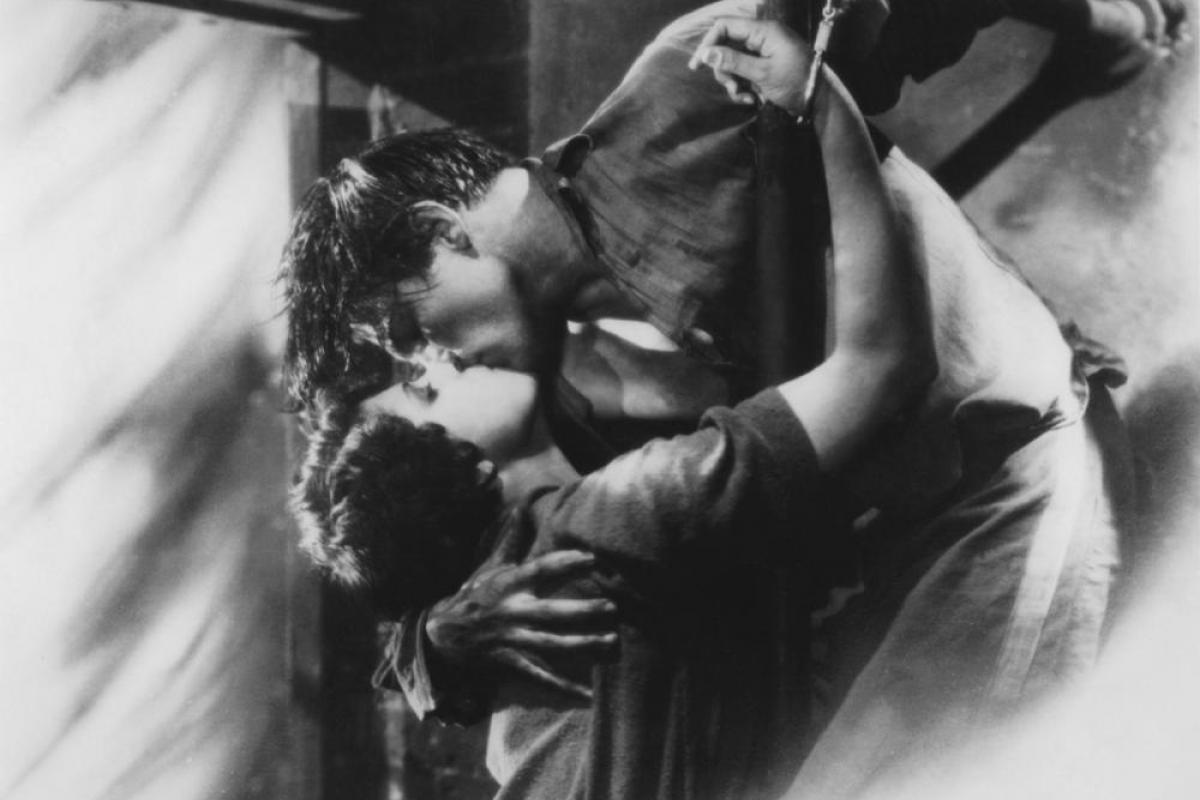 The 2013 Jefferson Lecturer, Martin Scorsese, is renowned for his contributions as a director, screenwriter, and producer of films. Less well known is his important work to protect and preserve motion picture history by providing support for preservation and restoration film projects. Scorsese has sponsored efforts at leading film archives to rescue hundreds of motion pictures and to raise awareness for the need for film preservation.

Recognizing that film constitutes an unrivaled resource for the study of the history and culture of the last century, the National Endowment for the Humanities has also lent its support to film preservation efforts. Film history is not confined to commercial studio productions. Some of our most precious historical materials are early educational and documentary films, industrial films, or amateur films that remain some of the only records of a particular time and place. Given the fragility of all moving image materials, the Division of Preservation and Access has made the preservation of audiovisual materials a priority. 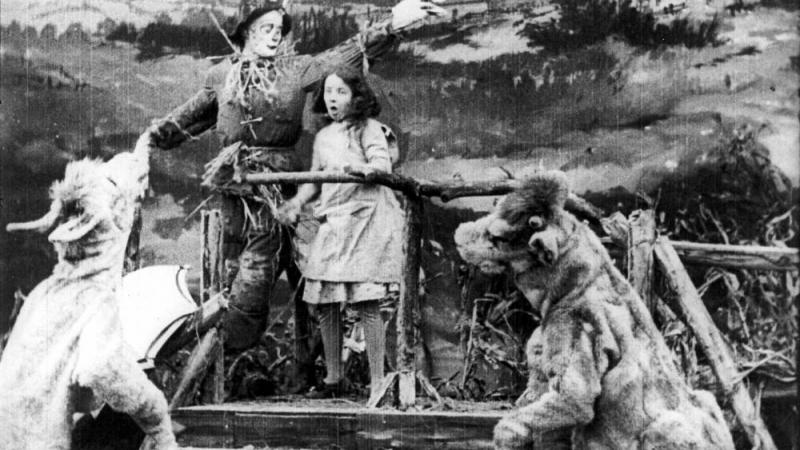 Dorothy, the Scarecrow, and the Cowardly Lion from The Wonderful Wizard of Oz (1910), preserved by George Eastman House 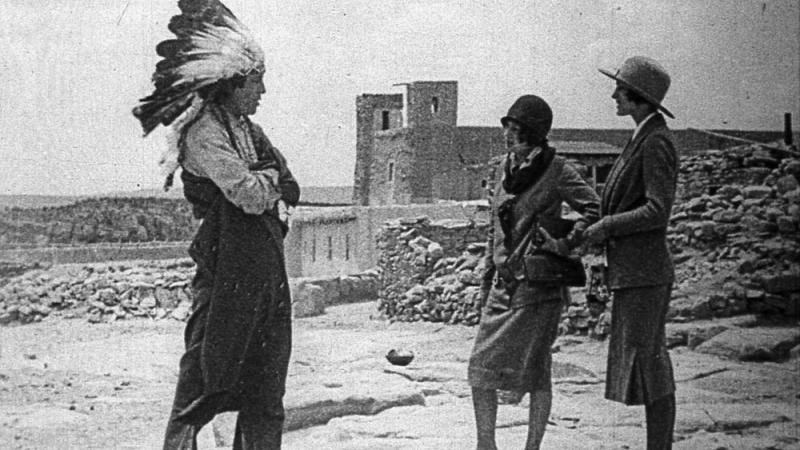 The Indian-detour (1926), preserved by the Library of Congress

NEH has supported the preservation of moving image collections through the process of reformatting fragile, deteriorating materials onto more stable media. It is estimated that less than 20 percent of American silent films survive and most that do are on highly flammable nitrate film stock. Consequently, an important part of our heritage has been—until recently—difficult to access. Because of the extra expense of providing sound tracks for these films and because of their limited sales potential, commercial video distributors and broadcasters rarely venture into silent film.

To help uncover this hidden part of America’s cultural heritage, the NEH has supported the National Film Preservation Foundation (NFPF) in San Francisco in its efforts to produce sets of DVDs of American silent films made between 1894 and 1936. With three NEH awards beginning in 2002, the NFPF has digitally reformatted and reissued some 32 hours of silent-era documentaries, serials, shorts, and feature films through a series known as Treasures. Among the 138 rare and inaccessible works represented in the Treasures DVDs are films dealing with crime, immigration, child labor, alcoholism, and women’s suffrage. Other films portray aspects of life in the American West including tourism, water, women, and Native Americans. The reformatted silent films are accompanied by newly recorded musical scores and include illustrated print volumes of scholarly commentaries by critics, film historians, and preservationists. To date, more than 15,000 copies of the Treasures DVD sets have been sold. The NFPF has also distributed hundreds of free sets to libraries and archives, including copies to all state libraries.

The Treasures series has enjoyed considerable press coverage, including more than 130 reviews and articles for Treasures 5: The West, 1897-1935, the 3-DVD set issued in 2011. Treasures 3: Social Issues in American Film, 1900-1934 (2007) was covered on websites and radio programs that rarely discuss archival publications, including ABCnews.com and NPR’s Morning Edition. David Kehr of the New York Times concluded in his review that Treasures “reminds us again what a rich and wondrous body of work is the American cinema and how little of it we actually know.”

Treasures has also garnered awards and inspired national and international film screenings and exhibits. Treasures 2: More Treasures from American Film Archives, 1894-1930, a survey of the first four decades of the motion picture, was honored with the National Society of Film Critics’ Film Heritage Award in 2004. Two screening programs of Treasures 5: The West, 1897-1935 were featured at a 2011 festival of Le Giornate del Cinema Muto, in Pordenone, Italy, which honored the NFPF with a Le Giornate del Cinema Muto award. In order to represent the best of early American film, as well as demonstrate American commitment to film preservation, none other than Martin Scorsese recently presented copies of Treasures DVDs to French president Jacques Chirac. 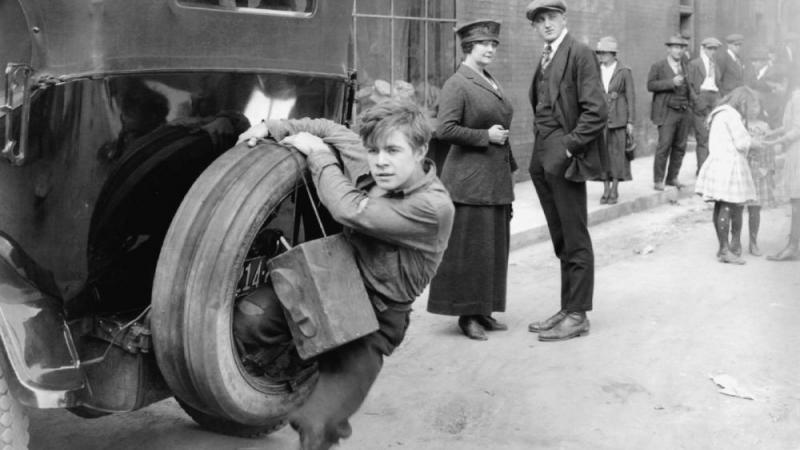 The Soul of Youth (1920), preserved by the Library of Congress 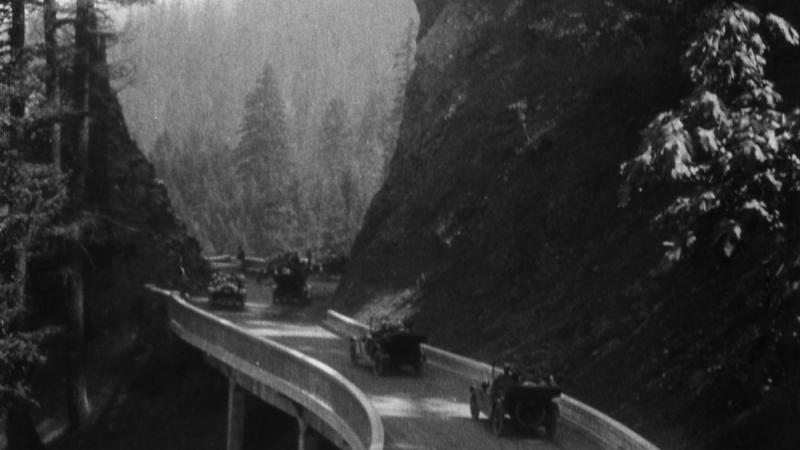 Lake Tahoe, Land of the Sky (1916), preserved by the Library of Congress

The recent devastation caused by Hurricane Sandy reinforced the urgency of film preservation and the need for continued support in reformatting deteriorating film onto more stable media, education and training, research and development, and disaster preparedness. At the 2012 conference of the Association of Moving Image Archivists, a plenary panel of volunteer first responders discussed the heroic effort to preserve the audiovisual materials of one small institution, Eyebeam Technology Center, located in New York City. The Center had been flooded in over three feet of toxic water. Volunteers rushed onsite to save the content stored on CDs, DVDs, and other digital media. They set up triage on the second floor that included washing and drying stations.

Many of the volunteers were students at the nearby New York University's Moving Image Archiving and Preservation (MIAP) program, which has received three awards from the Division of Preservation and Access’s Education and Training grant program since 2004. MIAP is one of only three graduate-level programs in the United States devoted to training the next generation of audiovisual archivists.

NEH support has gone towards the development of the MIAP’s curriculum and to the funding of student internships at moving image archives around the country. Through their internships, MIAP students have already made significant contributions to the access and preservation of humanities collections. They have brought attention to many neglected audiovisual collections where there is no audiovisual expertise and have worked on collections in institutions as diverse as the Brooklyn Botanical Garden, University of Alaska Archives, the National September 11th Memorial and Museum, Northeast Historic Film, and many others.

Staff from Eyebeam praised NYU’s graduate program and acknowledged that the successful salvage effort would not have been successful were it not for the volunteer students.

Finally, NEH is dedicated to supporting research and development into new methods for preserving historic film. The University of Wisconsin, Madison, received an award in 2011 to conduct scientific research to create guidelines for the handling and long-term storage of nitrate motion picture film, the same format used for the silent films preserved in the Treasures series. Due to chemical degradation, nitrate film is highly combustible. Improved standards would provide a breakthrough in preserving the primary medium for motion pictures from the 1890s to 1952, as well as documentaries, early newsreels, television news, and industrial, educational, and other non-theatrical film.

In 2010, NEH gave a Research and Development award to the University of South Carolina to develop a software tool that would enable the reproduction of optical sound tracks of motion picture films directly from digital scans. Typically, the digitization of film requires a time-intensive two-step scanning process, one for image content and one for audio content. The software developed by the University of South Carolina will cut that process in half by allowing digital scans of image and audio content to occur simultaneously. The one-pass system will significantly reduce preservation costs of humanities film for large and small archives, museums, and libraries alike. These two R&D projects, and others supported by NEH, will ensure that our nation’s film history will be preserved and enjoyed for generations to come.

NYU's Moving Image Archiving and Preservation program has been funded by the NEH Preservation and Access Education and Training grant program: PE-50078-12.

The University of Wisconsin, Madison and the University of South Carolina received awards from the NEH Preservation and Access Research and Development grant program:  PR-50141-12, PR-50122-11.