Maggie Walker and the Independent Order of Saint Luke

In honor of Black History Month, we will highlight, in a series of articles, recent projects in the Division of Preservation and Access dealing with various aspects of African American history. Most of these projects help to preserve or expand the use of collections of books, manuscripts, photographs, audio recordings and other materials held by libraries, museums, and archives across the country. Together, these projects serve to deepen the understanding of African American history for scholars, educators, and the general public. The three-part series will follow a roughly chronological approach. Part I focused on the history of slavery and abolitionism in North America. This feature covers African American life in the years after emancipation and Part III will conclude with an examination of the civil rights era.

With the Emancipation Proclamation, African Americans may have gained their freedom, but their struggle for economic, social, and political advancement had only begun.  African American history during the Reconstruction period is too multifaceted to capture in a single Web feature or historic collection.  As demonstrated by the many projects awarded by the Division of Preservation and Access, the struggles and triumphs of African Americans from the late 19th and early 20th century can be captured by the inspiring biographies of individuals across the country, who courageously took up the early fight for civil rights, established a local press, or started new businesses. 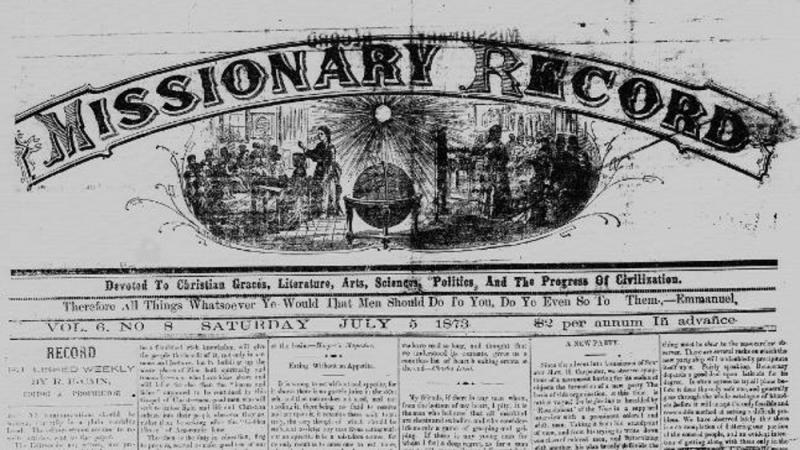 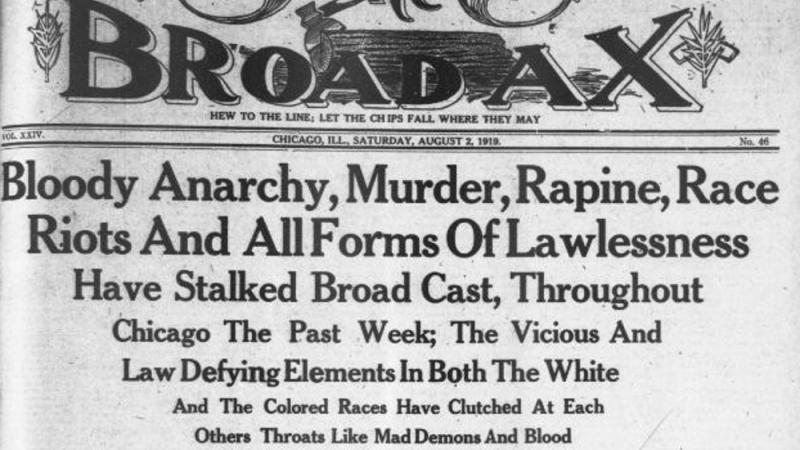 African Americans and the Press

“Freedom is the normal condition of man.  Slavery—be it of body or mind—is abnormal, unnatural, and is contrary to the laws of God and nature.”

In its inaugural issue dated October 7, 1865, the African American newspaper South Carolina Leader  in Charleston published compelling essays intent on socially and culturally uplifting a community that had just earned its freedom.  Poems entitled “Peace” and “Abraham Lincoln” movingly spoke of the power of “the pen” to enact change and “the martyred Chief” who stood for his beliefs.

The Leader, which later became the Missionary Record in 1868, is one early title among many found in Chronicling America published by and for African Americans.   Chronicling America, a site that contains over 5 million pages of digitized, fully text searchable historic newspaper content published between 1836 and 1922 allows users to search for newspaper titles by city, state, date of publication, and ethnicity.  Selecting “African American” in the Ethnicity menu, located in the “All Digitized Newspapers 1836-1922” tab of the Chronicling America homepage reveals over thirty available titles in ten states and the District of Columbia. 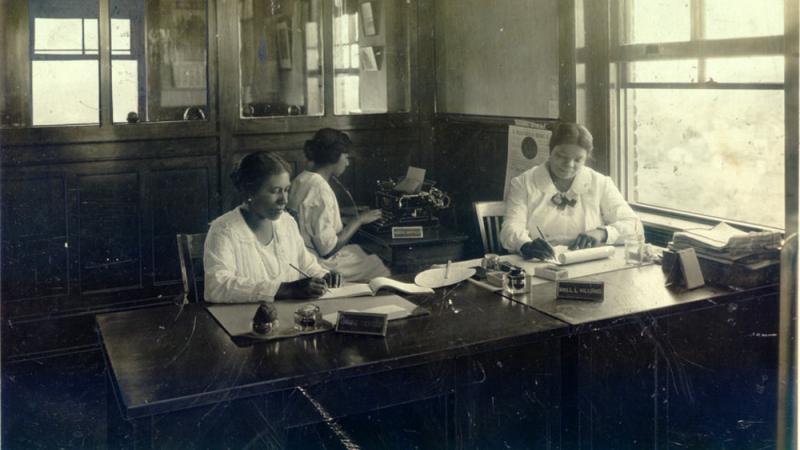 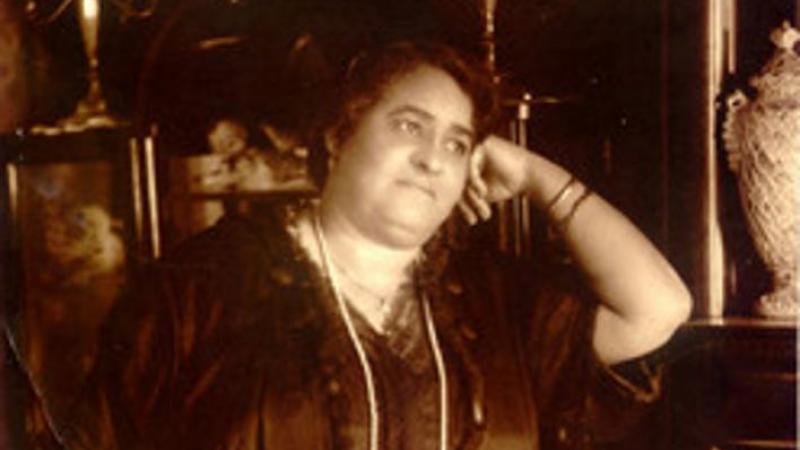 Besides the Leader, there are several other short-lived and long-running African American titles published in South Carolina alone such as the Afro-American Citizen, the Charleston Advocate, and the Free-Citizen. Historical essays accompanying each title in Chronicling America convey the risks editors and publishers endured just to produce their newspapers.  The University of South Carolina Library, which led its state’s National Digital Newspaper Program project, has also produced a useful guide to search for African American content within South Carolina’s newspapers and throughout Chronicling America.  As the Library suggests, typing in search phrases such as “Black Codes of 1865,” “Freedmen’s Bureau,” or “South Carolina State Negro College” will pull up relevant newspaper pages that document key moments in late 19th-century African American history.  Helpful search tips also remind users to enter search terms that were more common in earlier periods such as “negro,” “colored,” and “Afro-American.”

One of the longest running black newspapers, the Broad Ax, was founded in 1895 in Salt Lake City by Julius F. Taylor.  Born into slavery, Taylor started the paper in an area with less than 1,000 African Americans.  The paper relocated to Chicago in 1899 and throughout its publication run until the early 1930s, it remained a mouthpiece for black political and social issues, holding firm to its motto, “Hew to the line.”  From local elections to the 1919 Chicago race riots, the Broad Ax consistently covered the most pressing issues, often staking a controversial position in the process.

Visitors to Chronicling America are discovering creative uses for exploring African American history.  Besides searching for specific events, historians and genealogists are turning to the site to locate long-lost ancestors and fill in details about their lives. Teachers and scholars are also tracing larger historical developments such as the shifting reactions to the Emancipation Proclamation, abolitionism, or Jim Crow laws. 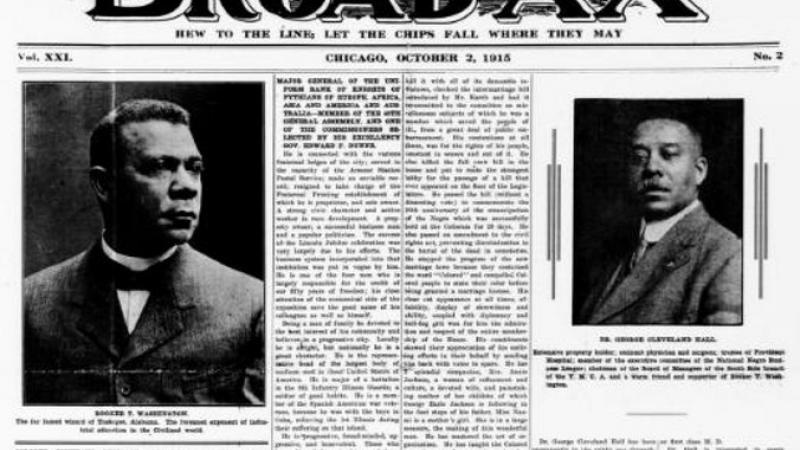 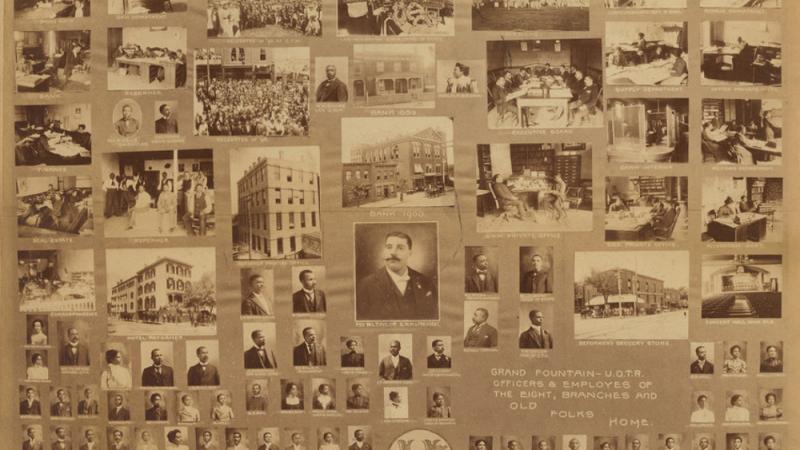 Grand Fountain of the United Order of True Reformers

Courtesy of the Virginia Historical Society

Amidst the many hardships endured by African Americans during the Reconstruction period, there were also pockets of economic success and firsts.  In 1881, William Washington Browne, a former slave and soldier in the Union Army, helped found The Grand Fountain of the United Order of True Reformers, an African American fraternal organization that turned into a major business enterprise.  What started out as an organization in Alabama and Kentucky chiefly concerned with promoting temperance in the 1870s, was transformed under Browne’s leadership into a thriving financial institution based in Richmond, Virginia.

Meanwhile, another pioneer in the African American community, Maggie Lena Walker, was moving up the ranks of a fraternal order similar to the United Order of True Reformers known as the Independent Order of St. Luke.  Both organizations promoted financial security and social advancement by establishing mutual insurance funds and caring for the sick and elderly in the community.  Through her leadership within the Order, Walker soon became the first female to establish and become president of a U.S. bank, the St. Luke Penny Savings Bank.  In a speech delivered to the Independent Order in 1901, Walker explained how a bank could help the African American community: "Let us put our moneys together; let us use our moneys; let us put our money out at usury among ourselves, and reap the benefit ourselves … Let us have a bank that will take the nickels and turn them into dollars."

Courtesy of the Virginia Historical Society

The story of William Washington Browne and Maggie Walker are just two examples of entries covering African American history in the online reference resource, Encyclopedia Virginia.  The editors from Encyclopedia Virginia and the Dictionary of Virginia Biography, respective publications of the Virginia Foundation for the Humanities and the Library of Virginia, are collaborating on a NEH-funded project to document the African American experience during Reconstruction in Virginia. Called "From Freedom to Disfranchisement," the project starts at the moment of African American emancipation on January 1, 1863 and ends with the Virginia Constitution of 1902, which effectively hobbled the African American's civic life in the Commonwealth for the better part of the 20th century.

Over the next three years the editors will add several hundred biographical and topical entries to Encyclopedia Virginia along with hundreds of digitized and transcribed primary documents and media objects to give users access to the words and images of the people who experienced and made this history. By the end of the project, Encyclopedia Virginia will be the most comprehensive repository of content related to African American history in Virginia on the Web.

Chronicling America is rich with historic newspaper content relevant to African American history that extends well beyond the period and topics discussed in this article.  Help NEH celebrate Black History Month by telling us what you discover when you search the site by tweeting your results with the hashtag #ChronAmBlkHist.

The Virginia Foundation for the Humanities' project, "From Freedom to Disfranchisement," is funded by a three-year award by Humanities Collections and Reference Resources grant program.