Lewiston, Idaho’s Beuk Aie Temple is one of the most well-preserved Chinese Temples in the United States, and is located just blocks from its original location dating back to the western mining era of the late 19th century.

We would like to celebrate Asian-Pacific American Heritage Month by highlighting just a few of the projects we have funded that emphasize the cultural contributions of the diverse peoples of Asia and the Pacific Islands.

They focus on preserving the cultural heritage of Asia and the Pacific embodied in books, artifacts, and other collections held by libraries, museums, and archives across the country.  These collections and the resources on which they are based can deepen the understanding of the history, literature, art, and religion of this vast region for scholars, educators, and the general public.

Preserving endangered cultural materials is a priority of the division. Textiles are among the most fragile of cultural artifacts and are particularly susceptible to decay over time. With NEH support, the Phoebe A. Hearst Museum at the University of California at Berkeley acquired storage furniture and supplies to rehouse nearly 2,500 textiles from Asia dating from the 18th century. They include Chinese court, religious, and ceremonial robes, peasant costumes; a silk mantle from a Japanese Buddhist priest; saris, turbans, shoes, and bags from India; as well as assorted textiles and apparel from the Philippines and Southeast Asia. 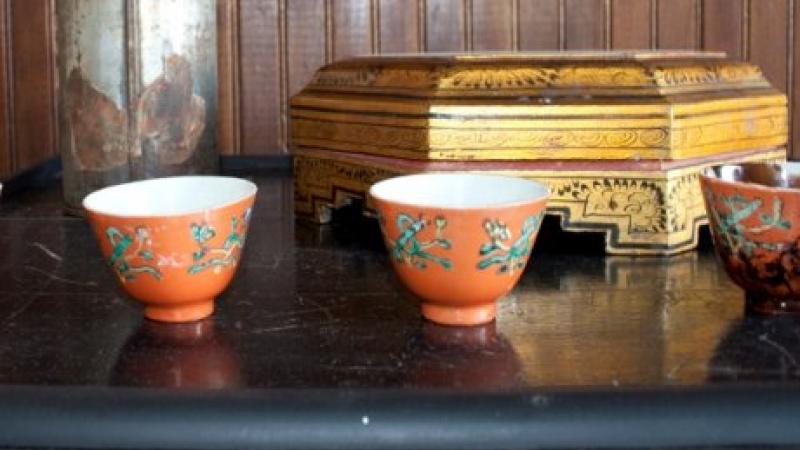 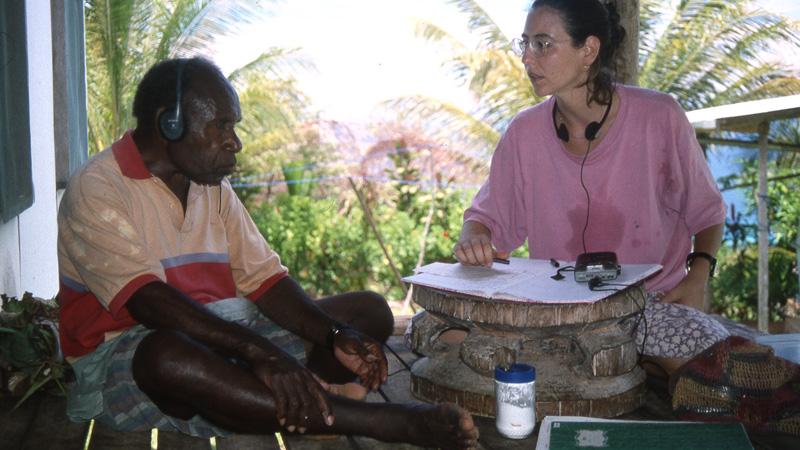 Similarly, the Center for Arts and History at Lewis-Clark State College in Lewiston, Idaho, is working to preserve its collection of approximately 1,000 Chinese ceramics, household utensils, writing implements, prayer books, and funeral objects, most of them associated with a local temple that was the focal point in the life of Chinese immigrants in Lewiston during the late 19th century.  In addition to having assessed the preservation needs of the collection, the center will acquire supplies and equipment and train its staff to monitor environmental conditions in the museum.

If preserved and made readily accessible, still images or photographs can be a vital resource for the study of world cultures.  Among a number of projects the division has supported that involve photographic collections of Asia and the Pacific is the creation of the Huntington Photographic Archive of Buddhist and Asian Art at Ohio State University.  The university is currently cataloging and digitizing approximately 125,000 color slides of monuments, archaeological materials, paintings, and other works of art taken over many decades by art historians John C. and Susan L. Huntington during their travels in Asia.  The database of photographs can be searched at by location, time period,  material type,  religion, and iconography. 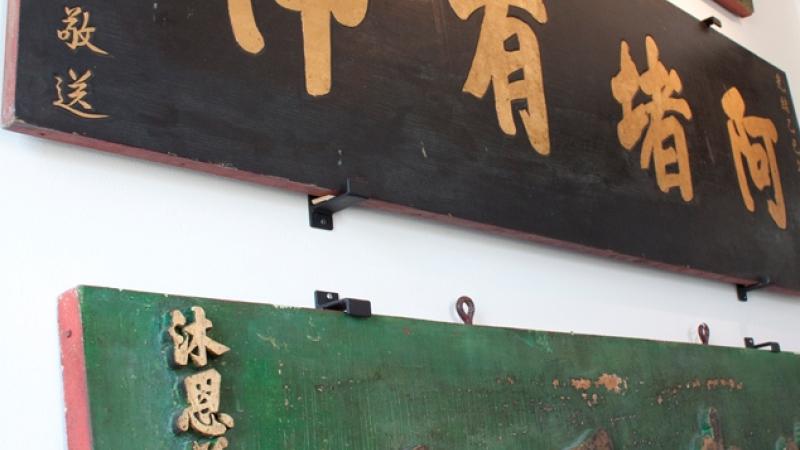 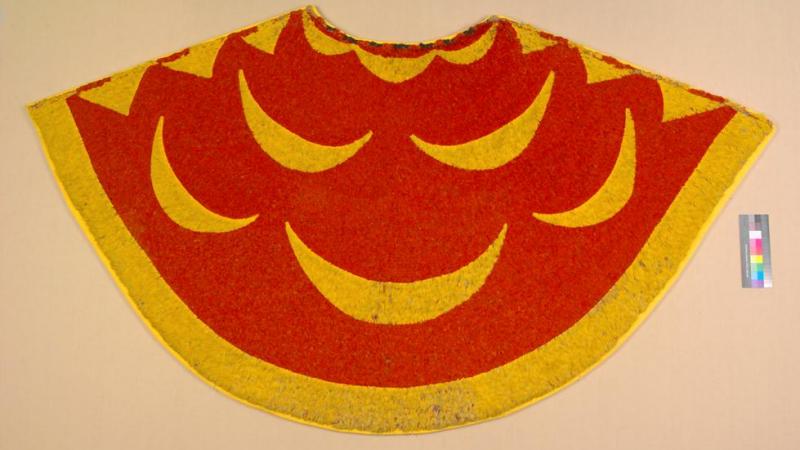 Dating from the early 19th Century, this Hawai’ian cloak, because of its age, quality, and condition, is one of the finest in existence. Only authorized individuals were permitted to catch the honeycreeper birds which yielded the yellow, red, and black feathers used to make elaborate cloaks worn by the Hawai’ian aristocracy. In 1899, the Memoirs of the Bernice Pauahi Bishop Museum reported that this cloak, collected by Captain W. Cunningham of Cambridge, MA, “is in all probability the best preserved one that has come down to our time. It was perfect when it came into Capt. Cunningham’s hands, and for the last 80 years it has lain in a camphorwood trunk, except on rare occasions.”

Courtesy of the American Museum of Natural History.

The division has also supported a number of reference tools to help understand the diverse languages of the Asia and the Pacific. They include dictionaries and other linguistic resources to study two of the largest language families of the region: Sino-Tibetan at the University of California at Berkeley and Mon-Khmer at the Center for Research in Computational Linguistics in San Clemente, California--languages which together have more than 1 billion speakers.  At the other end of the spectrum, the division is working to document one of the most highly endangered languages in the region.  Cemaun Arapesh is spoken by fewer than 100 speakers along the Sepik coast of northern Papua New Guinea and, as such, is threatened with extinction.  NEH helped support the development of the Arapesh Grammar and Digital Language Archive Project based at the University of Virginia, which serve linguists interested in learning more about this poorly understood language, as well as supporting the efforts of the Arapesh people to preserve their native tongue.

Asian-Pacific American Heritage Month also seeks to recognize the contributions of Asians and Pacific Islanders within the United States. The Japanese American National Museum in Los Angeles explores one of the most difficult periods in our nation’s history by conserving, cataloging, and digitizing nearly two hundred fragile pen and ink drawings by the artist Miné Okubo (1912-2001) that document life in the Japanese internment camps in World War II. These drawings depict Okubo's frank personal observations of everyday life in the Topaz War Relocation Camp in Utah and formed the visual basis for her 1946 work Citizen 13660. 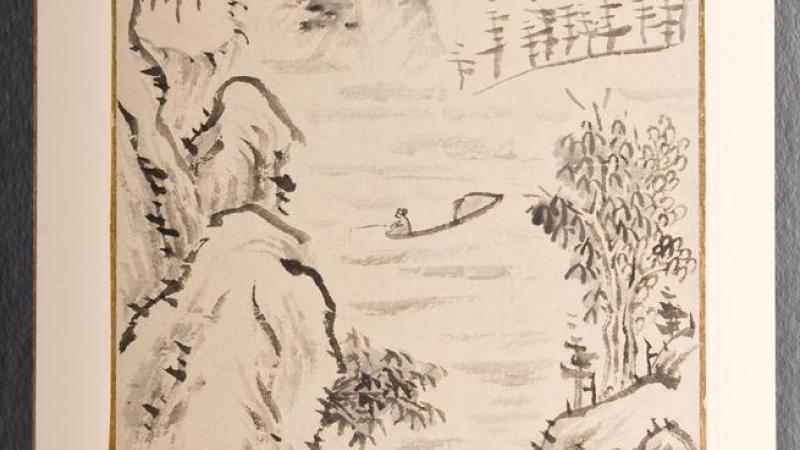 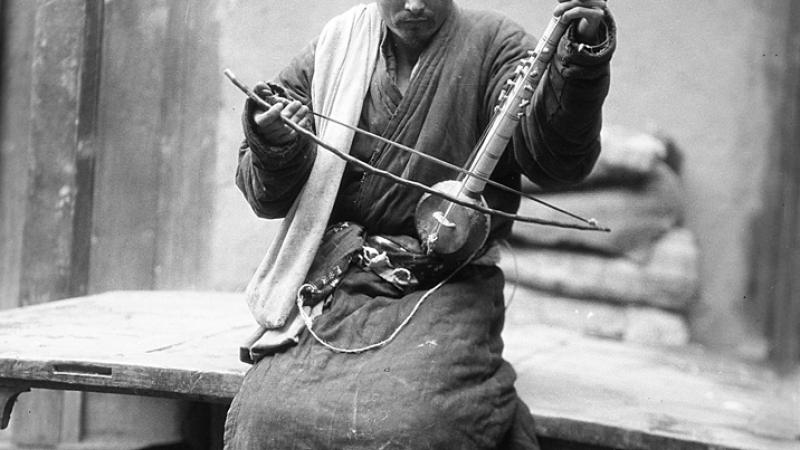 Courtesy of the American Geographical Society Library, University of Wisconsin-Milwaukee.

Given their broad chronological sweep and wide-ranging content, newspapers are an unparalleled resource for historical study. To that end, the University of Hawai’i is digitizing hundreds of thousands of pages of newspapers in Hawai’i for the period 1836-1922.  Freely searchable on the Chronicling America website which is maintained by the Library of Congress, these newspapers cover important developments in the history of our 50th state, including the fall of the Hawaiian monarchy and the establishment of the Republic of Hawai'i in 1893, the United States' annexation and beginning of territorial rule in 1898, and immigration from Asia. At present, nearly 5 million pages of historic newspapers from a total of 28 states are available on Chronicling America.

For a comprehensive list of the more than 60 Division of Preservation and Access grants on Asia and the Pacific funded over the past ten years, please click on the pdf below.