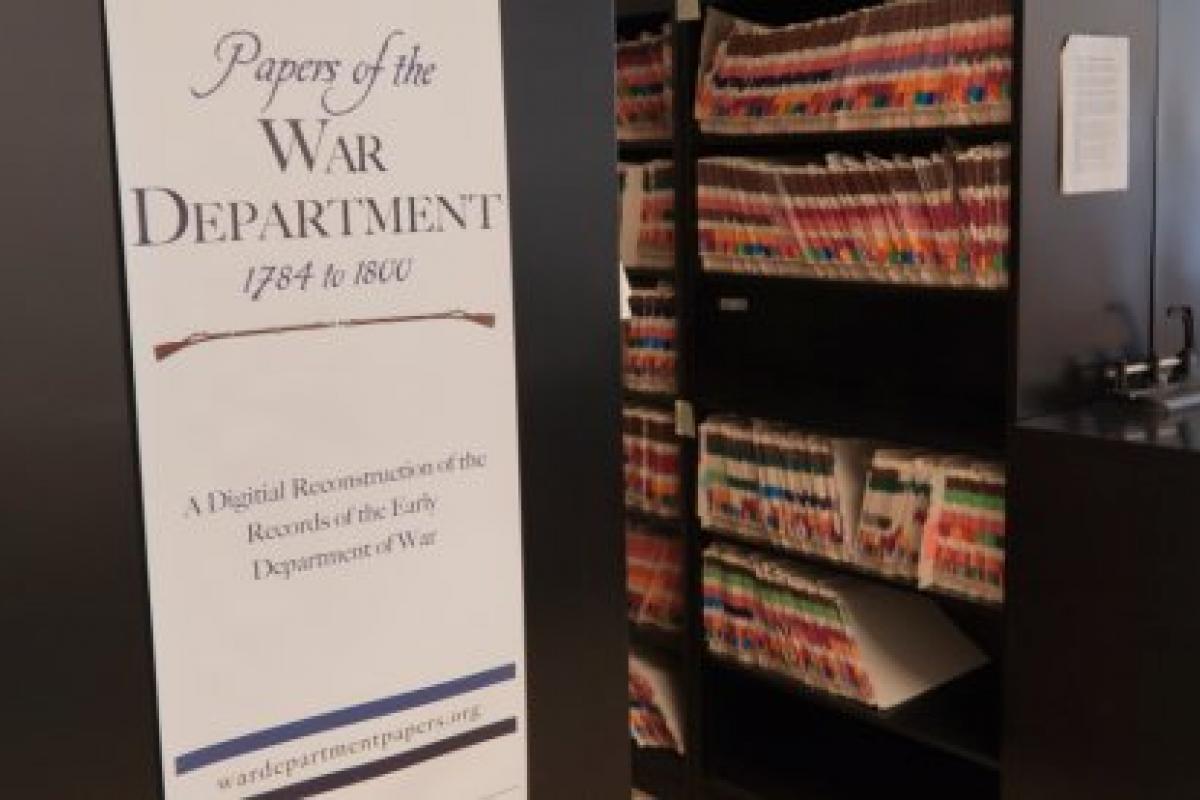 The Center for History and New Media (CHNM) at George Mason University recently announced the first implementation of Scripto, an on-line transcription tool funded through the NEH Digital Humanities Start-Up Grant program. Scripto allows volunteers to transcribe hand-written historic documents from an ambitious, ongoing project to restore the Papers of the War Department, 1784-1800.

After a fire destroyed the War Office on November 8, 1800, the many documents and records housed there were feared lost forever. Through visits to several hundred archives, historian Ted Crackel began the painstaking reconstitution of approximately 55,000 War Department documents by finding copies in thousands of collections spread across the world. In 2006, the results of Crackel’s archival sleuthing were turned over to CHNM.

The historical importance of these records cannot be overstated. As the project’s website notes:

"These Papers record far more than the era’s military history. Between 1784 and 1800, the War Department was responsible for Indian affairs, veteran affairs, naval affairs (until 1798), as well as militia and army matters. During the 1790s, the Secretary of War spent seven of every ten dollars of the federal budget (debt service excepted). The War Office did business with commercial firms and merchants all across the nation; it was the nation’s largest single consumer of fabric, clothing, shoes, food, medicine, building materials, and weapons of all kinds… In many respects, the papers lost in the War Office fire of 1800 constituted the 'national archives' of their time."

The transcribing tool, Scripto, that supports the Papers project was recently featured in a New York Times article on “crowdsourcing” – the use of large numbers of volunteers to digitize documents in the humanities. As developers at CHNM note, Scripto provides “editors of digital documentary collections with a way to harness the power of the public to build a base of transcription text that will improve document findability and ease of use.” The Scripto tool is a free and open-source plugin that can connect to common content management systems, making it useful for many future editing projects.

For more information about Scripto: http://scripto.org/

For more information about the Papers of the War Department, 1784-1800: http://wardepartmentpapers.org

Development of the Scripto Tool was supported by a Digital Humanities Start-Up Grant, awarded in 2010.