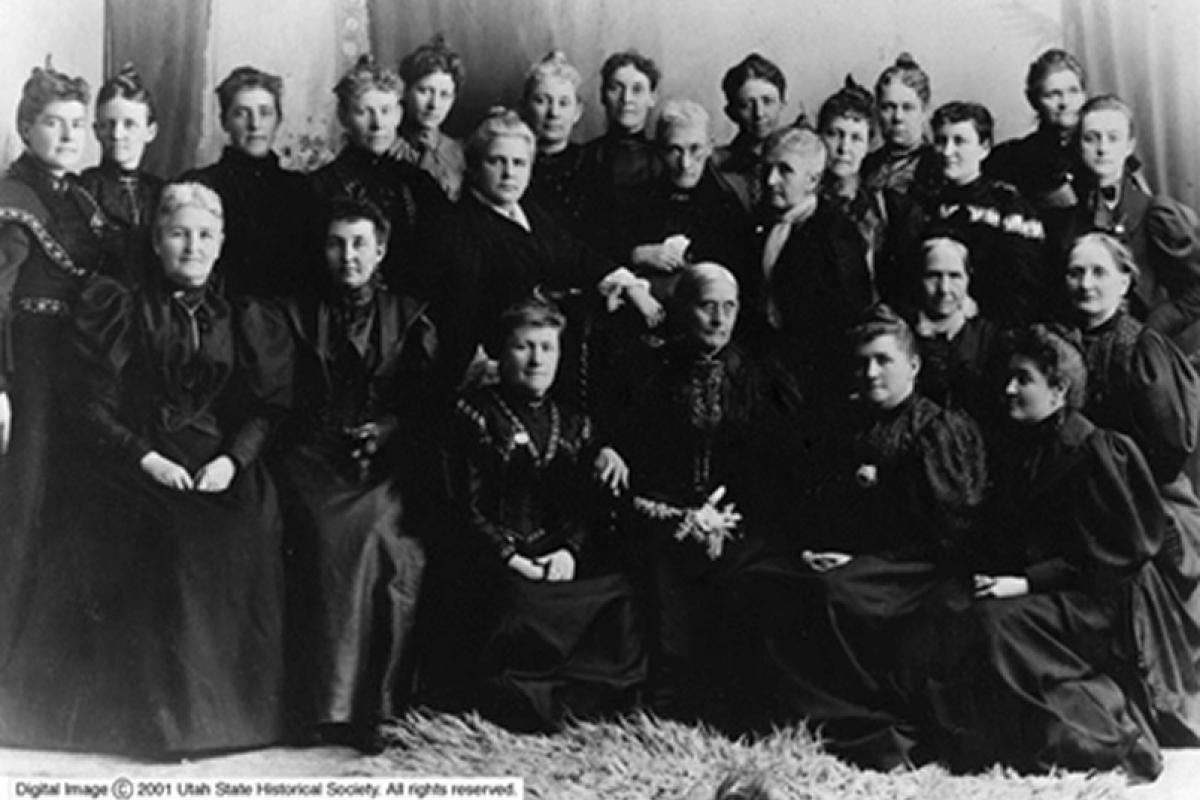 A Celebration of Women's History Month

Utah's strong, multifaceted terrain is the perfect backdrop for local women who symbolize and embody the same characteristics. Utah women have had a lasting impact on our history and continue to shape our modern life, as evidenced by their stories. In celebration of Women's History Month, I've highlighted a few episodes from our Beehive Archive collection. They are a small sampling of the inspiring, path-altering influence of Utah women.

In January 1912, the southern Utah town of Kanab made history when its newly elected mayor and city council took over governance of the small farming community. It was reportedly the first time in US history that an entire town board was comprised of women.  Mayor Mary Elizabeth Woolley Chamberlain headed the board of five women, and their agenda to make Kanab a better place to live gives a glimpse into small town life during this time. Read the full story here or listen to the story here (scroll down to episode #121).

Women's Suffrage and the Constitutional Convention

Women's Suffrage - that is, the right of women to vote - was won not once, but twice, in Utah. In 1871, Utah women were the second group of American women to receive the vote, but were disenfranchised in 1887 as part of the federal effort to rid the Territory of polygamy. Women's suffrage came to the spotlight once more in 1895 when Utah formed a Constitutional Convention to try, once again, for statehood. Find the full story here or listen to the episode here (scroll down to episode #171).

She passed away in 2004, but Helen Zeese Papanikolas is still revered in Utah as an historian whose work made it impossible to ignore the complexities of Utah's past and present. Throughout her 50-year career, she documented the stories of immigrants and promoted an inclusive view of Utah's diverse ethnic heritage. But who was Helen Papanikolas? Where did she come from? What is her story? Find out more about Helen here or listen to the episode here (scroll down to episode #163).