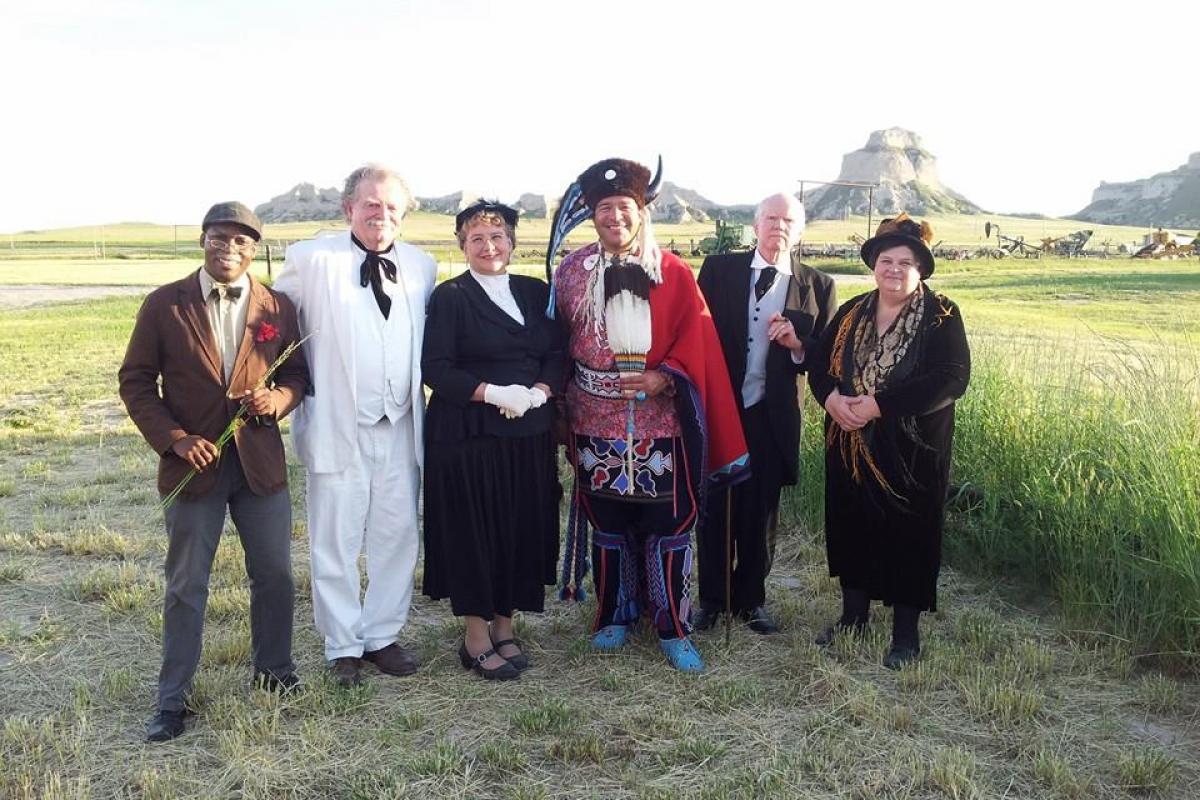 For the last two weeks in June, Nebraskans have the opportunity to gather together for evenings of entertainment, history, and community-based heritage thanks to Humanities Nebraska’s Chautauqua program.

For the 2014 season, Nebraska Chautauqua explored the theme of Free Land? 1862 and the Shaping of Modern America. Free Land Chautauqua allows the audience to experience and explore the impact of landmark legislations enacted in 1862 – the Homestead Act, the Morrill Act, and the Pacific Railway Act – through the historical lens of homesteading, migration, and displacement on the Great Plains. This year, the communities of Norfolk (June 18th - 22nd) and Scottsbluff-Gering (June 25th - 29th) each play host to the Chautauquans. Free Land is part of a four-year Chautauqua series that runs through 2015.

During the week of Chautauqua, workshops for adults and children, as well as other community activities are held. This year, in Norfolk, Nebraska, a children’s workshop was held to teach young Chautauquans about the power of preserving and sharing the history and personal stories from their state. (For more about this workshop, listen to Nebraska’s NET News feature)

Over the years, Nebraska Chautauqua has built a strong community among the performing Chautauquans and the communities they visit. When twin tornadoes recently hit the small town of Pilger, Nebraska – located just outside of Norfolk where the first week of Chautauqua was about to start – the Chautauquans took it upon themselves to organize a benefit performance for the tornado victims. The Chautauquans also reflected on their own experiences facing great adversity, even through challenging weather. Chief Standing Bear noted, in a performance following the tornadoes, how his own daughter was killed by a tornado that hit their encampment as they were being forced on a march from their home in Nebraska down to Indian Territory.