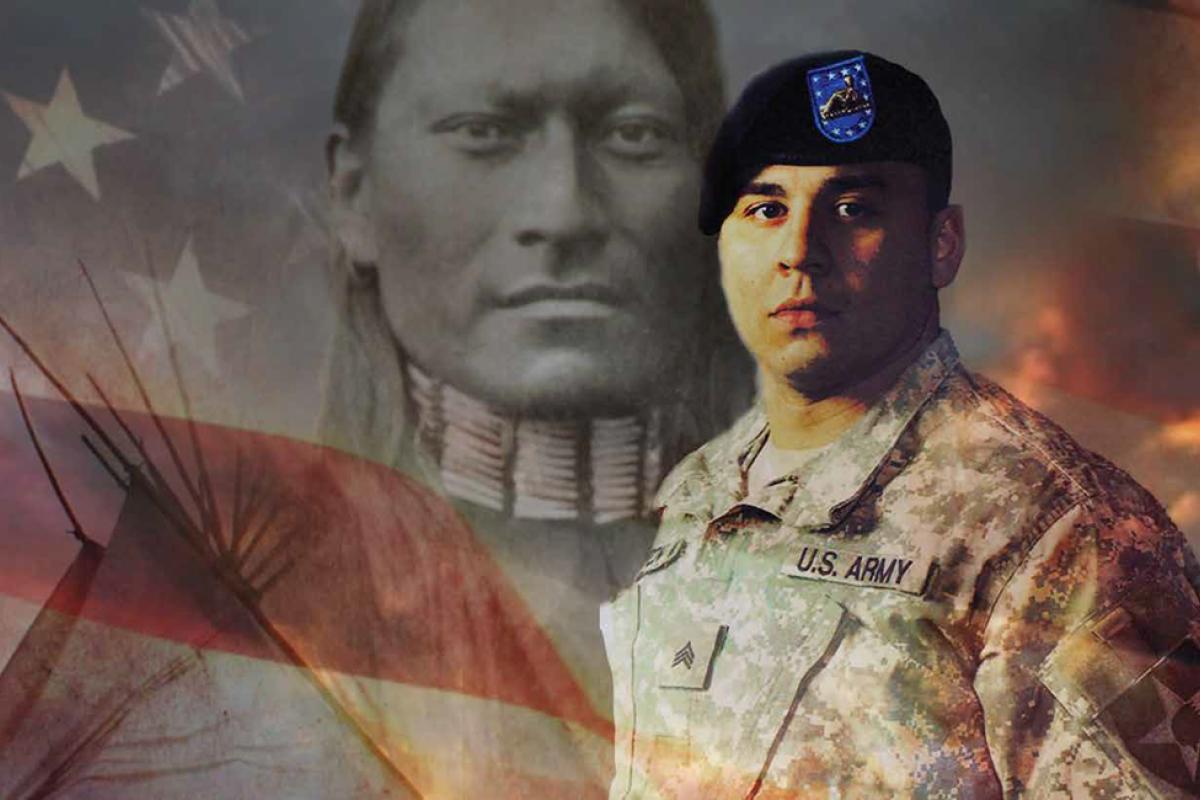 With support from the Utah Humanities Council, a new film by Taki Telonidis reveals the ways the ancient spiritual traditions of our nation's first warriors are helping today's veterans who suffer from PTSD.

Directed by Taki Telonidis, Healing the Warrior's Heart is a production of the Western Folklife Center in collaboration with Gary Robinson of Tribal Eye Productions and KUED Channel 7.

Healing the Warrior's Heart examines the emotional trauma of war, known as Post Traumatic Stress Disorder (PTSD), through the prism of Native American tradition and ceremony. Native Americans have long understood that helping warriors heal emotionally and spiritually is key to maintaining a healthy society. Within many tribal communities, tradition bearers continue to use ceremonies, prayers, and sacred objects to help returning warriors reintegrate into society, reconnect with the natural world, and cope with the guilt, shame, and fears they bring home with them.

This one-hour documentary will be broadcast by KUED Channel 7 on Monday November 10, the eve of Veterans Day, at 9 pm and will be repeated on Sunday November 16 at 4 pm. KUED, the Salt Lake City PBS affiliate, reaches most of the Intermountain West. November is also Native American Heritage Month. Healing the Warrior's Heart received support from the Utah Humanities Council as part of NEH's "Standing Together: The Humanities and the Experience of War" initiative.

Healing the Warrior's Heart explores the Native understanding of PTSD as "a poisoning of the spirit," and the ways Native healers and spiritual leaders bring "cleansing, blessing, and soul healing" to men and women returning to their communities from America's wars. The film includes interviews and scenes with spiritual leaders, veterans from the wars in Iraq and Afghanistan, elder veterans, family members, and tribal leaders.

For centuries, tribal cultures have used healing songs and ceremonies to cleanse their warriors of the emotional scars of war. Despite the loss of language and culture among many tribes, these traditions remain vital on several reservations in the West, and they hold lessons for the nation as it struggles to bring comfort to the latest generation of warriors suffering from PTSD. Despite great efforts by medical and military professionals to treat PTSD, many veterans continue to suffer from it, and there is a small but growing community of psychologists, counselors, and clergy who are looking toward Native American traditions to bring healing to suffering soldiers.

Researching and filming Healing the Warrior's Heart has generated an ongoing dialogue with the Navajo, Ute, Zuni, Crow and Blackfeet nations, and has led to relationships with veterans and spiritual leaders within those communities. The filmmakers learned that at Zuni Pueblo, for example, a medicine group associated with the War Gods conducts purification ceremonies for returning veterans at the reservation’s border before they are escorted to a welcoming feast on tribal land. A Navajo medicine man describes a Coming Home Ceremony in which the veteran is “washed with sacred songs,” and veterans at the Ute nation attend a special veterans Sundance each summer.