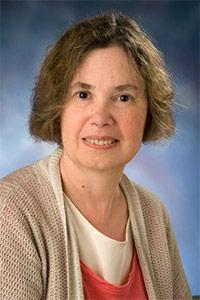 Dr. Katherine H. Tachau is a Professor of History at the University of Iowa, where she has taught since 1985.  Previously, she taught at Pomona College from 1982 to 1985 and Montana State University from 1981 to 1982.  From 1979 to 1981, she was a researcher at the Institute for Medieval Greek and Latin Philology at Copenhagen University in Denmark.  Dr. Tachau has published extensively on medieval philosophy, science, and art; and has received the John Nicholas Brown Prize from the Medieval Academy of America.  In addition, she received the Regents Award for Faculty Excellence at the University of Iowa in 2009, and she has been awarded fellowships from the Stanford Humanities Center, the National Humanities Center, the Guggenheim Foundation, and the National Endowment for the Humanities.  Dr. Tachau received a BA in Spanish and Medieval Studies from Oberlin College, and a PhD in History from the University of Wisconsin-Madison.