The History of the Aztecs on their Terms: A Q&A with NEH Public Scholar Camilla Townsend

Though priests staged acts of human sacrifice in Tenochtitlan’s temples, the city is better characterized by its vast markets, advanced infrastructure, and complex inhabitants.

Portrayals of the Aztecs often center on violence, including their practice of human sacrifice and their apocalyptic demise at the hands of Spanish conquistadors. NEH Public Scholar Camilla Townsend sees these narratives as an oversimplification. “The Aztecs,” she notes, “would never recognize themselves” in the brutal images spread by modern books and movies. In reality, their society was home to artisans and chroniclers who developed an unusually rich culture. Townsend’s recent book, Fifth Sun: a New History of the Aztecs, presents the members of this society in a more nuanced light. Based on the Aztecs’ own records, it depicts their intricate world and the individuals (like the famous female translator “La Malinche”) who lived there. “In the annals,” she writes, “we can hear the Aztecs. They sing, laugh, and yell. It turns out that the world they lived in cannot be characterized as naturally morbid or vicious, even though certain moments were.”

I reached out to Camilla Townsend to further discuss her project. 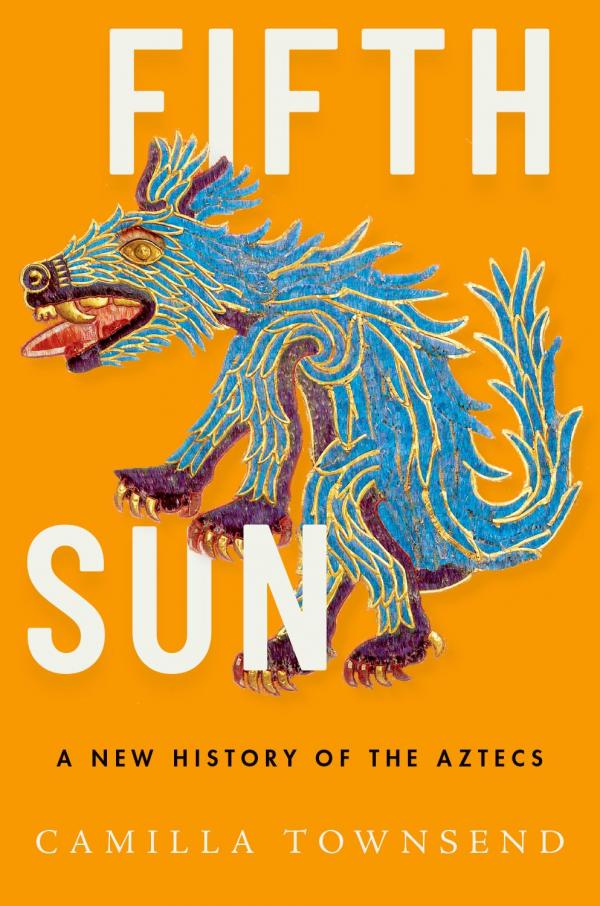 Fifth Sun: A New History of the Aztecs

The Aztecs believed that their gods destroyed four previous universes, or suns, and created them with the fifth (hence your book’s title). What were the Aztecs’ true origins?

The Aztecs actually called themselves the Mexica (Me-SHEE-ka), and they came from what is today the American Southwest. Because of a common origin, the Mexica language shares features with those of the Hopi and the Utes. The Mexica people migrated gradually, over the course of about 200 years, and eventually settled on an island, called Tenochtitlan, in the middle of a great lake that existed in the central valley of Mexico.

Tenochtitlan became the center of the sprawling Aztec empire, but people often associate the city with the human sacrifice performed in its temples. What other aspects of Tenochtitlan–and Aztec society–would you like to see emphasized instead?

You’re right that Tenochtitlan is known for being the site of human sacrifice. The movie Apocalypto, for instance, although filmed in a Mayan language, revolves around this stereotyped view. I wish more people understood that Aztec human sacrifice was promoted by a small class of priests at the height of the empire’s power. Most people spent their time very differently: not killing, but creating–the Aztecs were a population of artisans.

Eventually, Spanish conquistadors arrived in Mexico and seized Tenochtitlan. What factors enabled them to succeed in their conquest? What resistance did the Aztecs mount?

The Aztecs mounted a fierce military defense against the Spaniards. They fought successfully for months. Sadly for them, however, their ancestors had only been sedentary farmers for a few millennia, whereas Old World cultures had been farmers for ten thousand years. As a result, the Europeans (and the Chinese, as an aside) had large ships, compasses, printing presses, metal armor, canons, gunpowder, flour mills, barrel-making establishments, etc.–all that they needed to defeat the Aztecs, despite the latter’s bravery and brilliant strategizing.

After Spanish contact, the Aztecs feared cultural and historical erasure. How did they differentiate themselves from their conquerors? Did they choose to adopt parts of Spanish culture anyway?

After the conquest, the Aztecs did indeed fear erasure. The scholars among the Aztecs worked hard to document their history and way of life, and they were determined not to disappear as though they had never lived. For many years, the sources these scholars wrote weren’t read widely beyond their own communities, but today that is changing. Their writings teach us that, although the Aztecs rejected some of what the Spaniards had brought with them, they loved other elements: they preferred candles to their own traditional torches, for instance, and were delighted by the idea of keeping their private belongings in boxes with locks!

As they conquered Tenochtitlan, the Spanish brought not only their lock-boxes and candles, but also their political rivalries. In 1529, Nuño de Guzmán (above, with cross) challenged the authority of Hernán Cortés, an original conquistador, over the formerly-Aztec land.

I want to shift to part of what makes your work so unique: your sources. What sources did you use for this project, and why have they been neglected?

I chose not to rely on the typical sources: statements made by the Spaniards and silent archaeological remains. Instead, I mined the writings of the Aztecs themselves. These writings have been ignored because they were written in the Aztec language of Nahuatl (NAH-wat), and relatively few scholars ever study indigenous languages. Though there are more than a million living speakers of Nahuatl in Mexico today, the vast majority of them are impoverished rural people who do not have the luxury of researching and writing books. Moreover, in the public schools, the Nahuatl-speaking children learn to read in Spanish and not Nahuatl. Still, many native Nahuatl speakers are currently engaged in revitalizing their language. I expect that in the not-so-distant future, one of them will write a book that is better than mine.

Each chapter opens with an imaginative vignette constructed from these indigenous sources. What do you hope these stories achieve? Which is your favorite?

I open the chapters with these vignettes because I want readers to care about these people. Yet it’s important to note that these vignettes are not flights of fancy: Every one of them is based on careful research. I’m not sure which one is my favorite. But I will say that it was a powerful experience to write about Tecuichpotzin (Tek-weech-PO-tzeen), the daughter of Moctezuma, lying on her sleeping mat, sick with the new disease of smallpox and facing her own death. Her story feels especially harrowing during the covid-19 pandemic.

You also include numerous Nahuatl words in the book’s text. Why is it important that the reader engage with the Aztecs’ original tongue?

This was a subject of some discussion between me, early readers, and the book’s editor. The problem is that foreign words can alienate readers. On the other hand, if I didn’t use them, then readers would never get to know the Aztecs’ world in terms they would have understood. For example, the Nahuatl word “altepetl” literally means “water-mountain,” but it was the Aztecs’ term for a community, whether a small town or a wider state, because each needed a water supply and a lookout point. 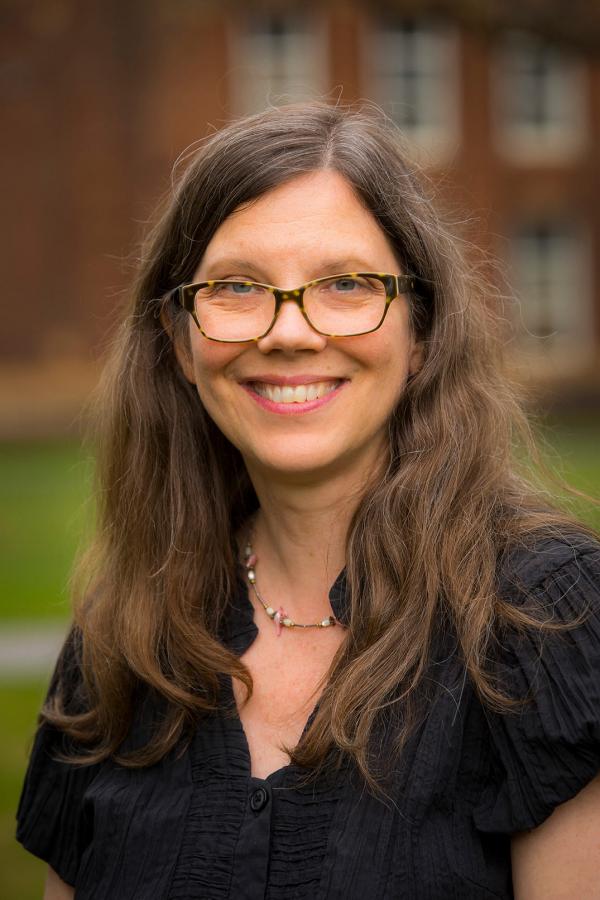 Courtesy of Rutgers University, School of Arts and Sciences

Fifth Sun closes with an annotated guide to its indigenous sources, allowing readers to investigate on their own. As a public scholar, how do you understand your responsibility towards the Aztecs and an audience eager to see them in a new light?

As a public scholar, I consider it my duty to try to demystify knowledge. It isn’t true that anybody can easily become an expert in anything–it takes time and energy–but I do think it is important that readers understand what kinds of information an expert has access to, as well as the opportunity to take a look themselves. If readers do choose to dig further, it will be easier for them to figure out whom to believe regarding controversial topics. This is why I include a detailed appendix, explaining to readers what each of the surviving Nahuatl-language histories includes, and where it is located.

In the case of this book, I hope I have convinced my readers that it isn’t just my “opinion” that the Aztecs were kinder and funnier than we have wanted to believe–rather, that there is real and accessible evidence for that view.

Lastly, with this book finished, what’s next?

Right now, I’m working with the papers of a particular indigenous family who lived in Mexico in the late 1600s. One of them started a remarkable family record book that was maintained for several generations, and we have various other documents as well: Wills, baptismal records, tax payments, etc. With these, scholars can, for the first time, actually get to know an ordinary Native American family in the colonial period.

I’m not sure what comes after that project. I have so many things I’d like to do, but I’m no longer young, so I have to think realistically about what I can accomplish. Ask me again in a year!

Camilla Townsend received a Public Scholars award (FZ-256395-17) to support her work on Fifth Sun: a New History of the Aztecs (Oxford University Press, 2019). She is Distinguished Professor of History at Rutgers University.