Challenging America in “The First Frontier”: The American Dream 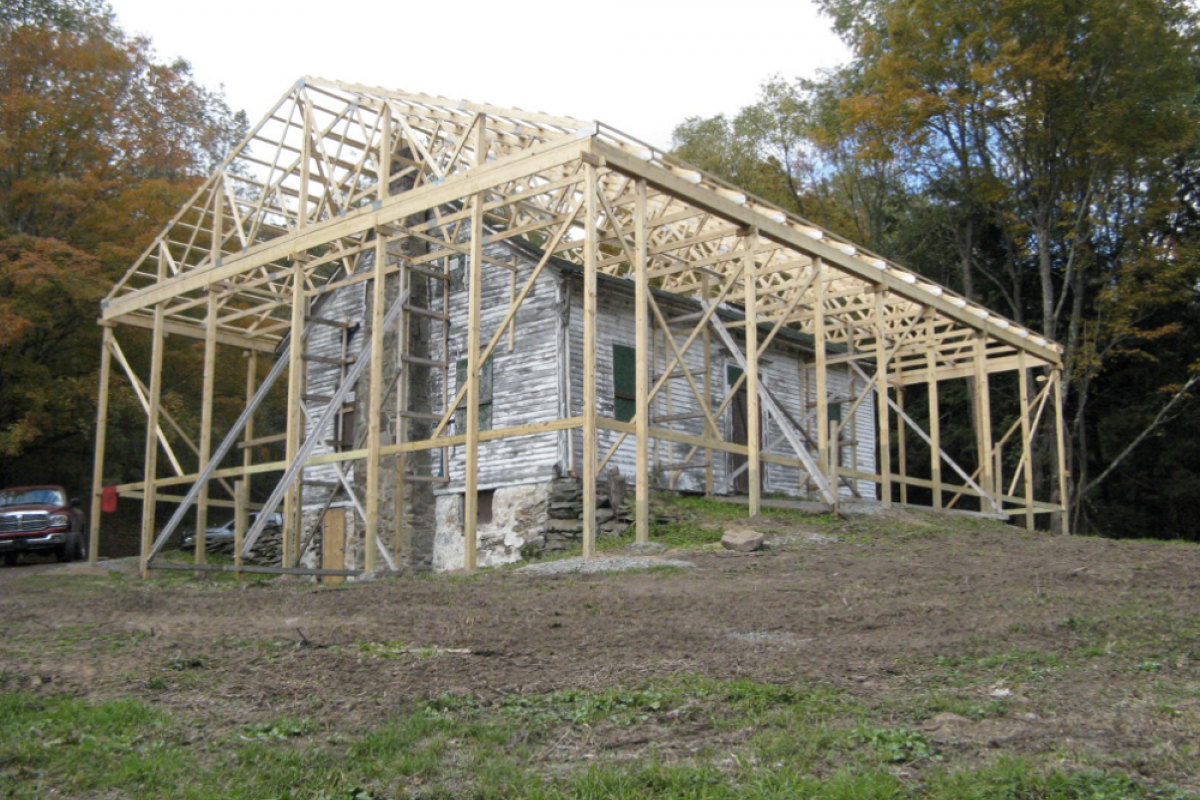 “Young African Americans who’ve toured the farm, having before learned only that Black people were slaves in early American history,” writes Denise Dennis, “have responded to this beautiful place and its history of pre-Civil War African-American freedom and self-agency, as thirst responds to rain.”

Denise Dennis is the Founding President of the Dennis Farm Charitable Land Trust (DFCLT). She also represents the seventh generation of the Perkins-Dennis family to manage the Dennis Farm since Prince Perkins bought the original site in 1793. After 208 years of family ownership, Denise Dennis and her aunt, Hope Dennis, established the nonprofit DFCLT in 2001 to preserve and share the farm’s rich history with students, researchers, and the public.

A field of goldenrod on Dennis Farm

Perched atop lush, rolling green hills speckled yellow and white by the flowering goldenrod, black-eyed susans, and daisies, sits the farmhouse where centuries of Perkins-Dennis family history is stored. Now a historic site, the Dennis Farm tells the exceptional story of a free, landowning African American family who purchased their home when 90 percent of Blacks in the United States were enslaved.

It remains unknown whether Prince Perkins was ever enslaved, but if he was, he would have been freed through his service in the Revolutionary War. After serving in the war, Perkins moved out of Connecticut with his family, following the original wave of settlement to the west of the coastal colonies. Using the money he earned from his service, Perkins made three separate land purchases in what is now the scenic Endless Mountains region of Northeastern Pennsylvania.

One of the sites later became known as “The Dennis Farm” because Perkins’ granddaughter, Angeline, and her husband Henry W. Dennis inherited the 70 acre property in the mid-nineteenth century and bought 100 acres of adjacent land, including the family farmhouse. Dennis family descendants continued farming there until 1918, when they stopped living in the house year-round. In 1940, they restored the farmhouse to serve as the family’s bucolic summer and weekend home.

Listed on the National Register of Historic Places, The Dennis Farm is the only known fully documented farm in the US that was originally purchased and settled by a free African American family more than two centuries ago and remained in the stewardship of the same family into the 21st century. It thereby contains historic artifacts documenting the African American experience in landmark events from the American Revolution through the present day.

Photo of a book owned by Henry W. Dennis (1815-1882) with his signature written inside. The book is a first-hand account of the experience of someone on a slave ship. It was donated by the Dennis’s to the Smithsonian’s National Museum of African American History and Culture’s permanent exhibition.

Henry W. Dennis’s father, James Dennis, was recruited to be a teamster in the War of 1812 by Thaddeus Stevens, who later pushed for civil rights as a U.S. congressman from Pennsylvania. Stevens worked with Charles Sumner to pass the fourteenth amendment, and three weeks later, Henry W. Dennis became a father to a newborn son, Sumner Dennis, whom they named in honor of this achievement.

In another example of Dennis family involvement in historic events, James’s wife Hannah Benson Dennis was first cousin to Abel Benson of Massachusetts, who was nine years old when some men heard him playing his trumpet on the street and asked him to be a relay rider. Abel Benson was one of the messengers, along with Paul Revere, who rode on the night of April 19, 1775 to alert citizens of the arrival of the King’s Regulars.

Historical photo of the northwest corner of the Dennis Farmhouse.

Commonly cited by abolitionists as an example of African American self-sufficiency, the Dennis Farm also represents the prosperity and generational wealth robbed of most American Blacks by slavery. This historic site presents a version of African American history untouched by the oppressive forces of slavery, sharecropping, redlining and ghettoization. Denise Dennis says that when young Black people visit the property, “it changes how they perceive themselves.”

While the organization currently conducts educational tours, welcomes researchers, and holds an annual symposium in partnership with Keystone College, its programming is limited because of the damage sustained to the farmhouse by Hurricane Irene in 2011. The house had already been in poor condition and the roof partially collapsed after the storm, but the house was stabilized in 2013 and intact material was salvaged.

NEH has offered the DFCLT an Infrastructure and Capacity Building Challenge Grant, which will be matched by the organization’s own fundraising efforts, with $1 of NEH support provided for every $3 raised from elsewhere, to restore the farmhouse to its 1940 condition and rebuild it as a museum. The grant contributes to a $1.6 million budget that will allow for the installation of permanent exhibitions organized thematically under the categories of faith, family, freedom, and farming.

Using primary documents like books from the family’s collection, letters, newspaper clippings, diary excerpts, and photos, the exhibitions will detail the family’s journey from Connecticut to Pennsylvania and will examine their place within the history of the US military, Pennsylvania agriculture, the Underground Railroad, the Progressive Era, the Black intelligentsia, and women’s history.

Ten members of the Dennis family stand with visitors in front of the Perkins-Dennis Family Cemetery Monument during an event held at Dennis Farm.

A point of interest for many is the Dennis Farm’s presumed, though not directly proven, participation in the Underground Railroad. The Montrose community, a mere ten miles northwest of Dennis Farm, is known to have had a rather large Underground Railroad network, and an escape route for freedom-seekers called the Lackawanna Path passed within a hundred yards of Dennis Farm. Local oral history holds that escaped slaves who died on the journey to freedom are buried in the Perkins-Dennis Cemetery on the farm’s hilltop, the only private African American cemetery in the country.

Historian Cheryl LaRoche’s book, Free Black Communities and the Underground Railroad: The Geography of Resistance, identifies elements that point to the likelihood of free Blacks participating in the Underground Railroad. These elements include proximity to individuals and churches documented as helping the cause, the existence of settlements owned by free Blacks in the vicinity, cemeteries with graves of US Colored Troops from the Civil War, and a landscape conducive to secret travel and hiding. The Dennis Farm contains them all.

After visiting the site, LaRoche wrote, “The Dennis Farm is a gift to the nation. The sweep of American History is written in this land.”

The DFCLT expects an annual audience of 160,000 visitors once the Dennis Farmhouse Museum is completed within the next five years. The museum will draw a greater number of tourists, researchers, and students that have already shown interest in Dennis Farm by touring the grounds each year. Additionally, the DFCLT expects to increase the attendance of younger visitors and use the museum to develop programs for secondary and K-8 student groups.

Doris Devine Fanelli, Chief of the Division of Cultural Resources Management at the US Department of the Interior, writes, “The story of this indomitable family’s persistence on this farm is the story of our country’s growth and resilience.”

Visitors young and old will be enlightened and inspired by this untold chapter in our nation’s history.