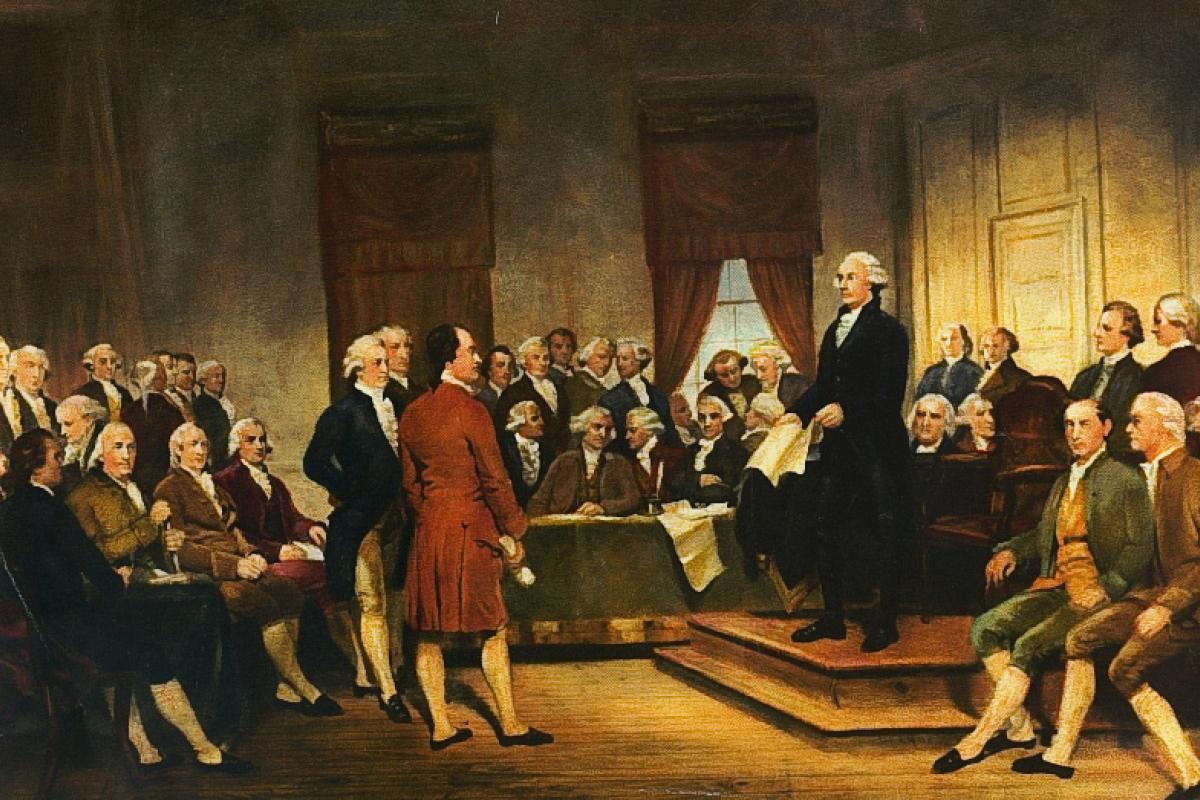 September 17th is Constitution Day, commemorating the day in 1787 when, at the end of a long hot summer of discussion, debate, and deliberation, the delegates to the Constitutional Convention signed America’s most important document. George Washington, on behalf of the convention, transmitted the proposed Constitution to the Congress assembled under the Articles of Confederation. Eleven days later, the Congress, by unanimous resolution, passed the proposal on to conventions of delegates to be chosen in each state. It was in these state conventions that the Constitution was thoroughly discussed, debated, and eventually ratified.

Watch a special message from NEH Chairman Jon Parrish Peede summarizing the importance of this special day and the document it celebrates.