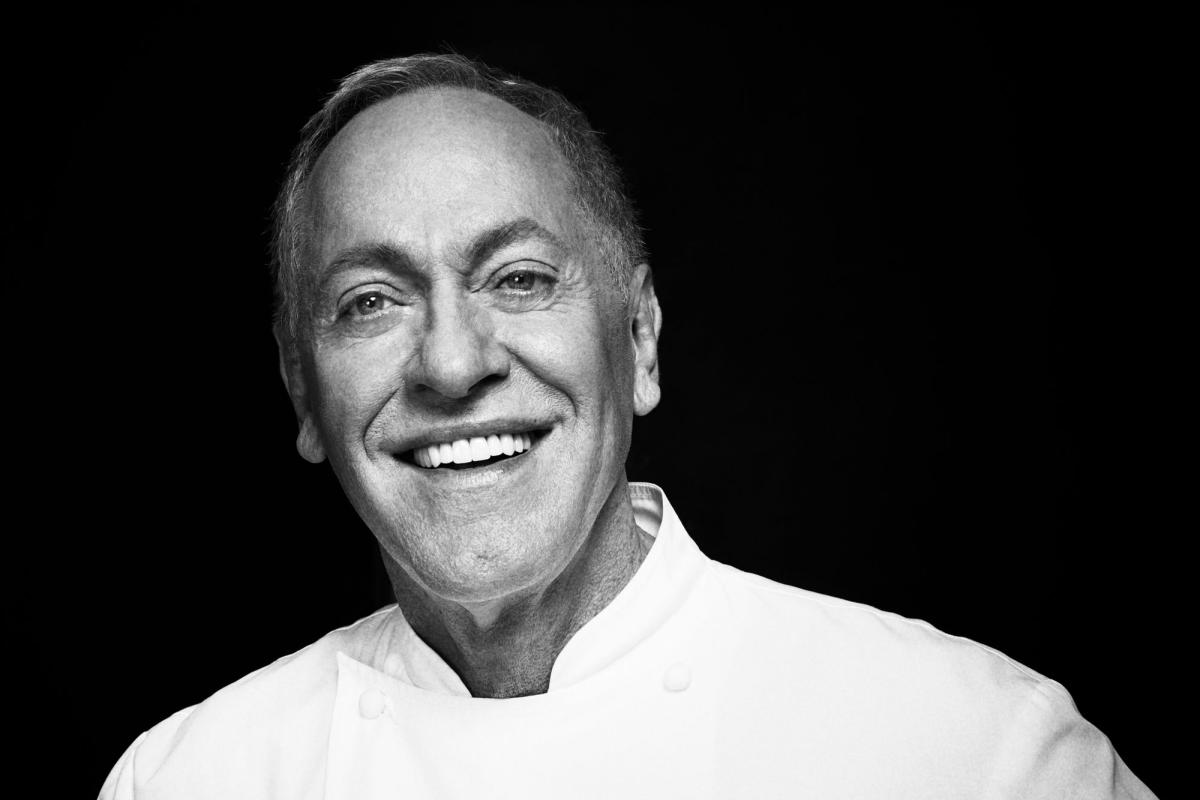 —The Inn at Little Washington

For being one of the greatest chefs of our time. Through the Inn at Little Washington, he has raised the culinary arts to new heights of excellence by embracing regional flavors and championing local farmers.

In 1978, visionary chef Patrick O’Connell took a dilapidated gas station in a tiny Virginia hamlet and began transforming it into a culinary empire. The Inn at Little Washington, 67 miles west of the nation’s capital in a town of about 150 people, has since been named one of the top ten restaurants in the world by the International Herald Tribune, and number one in North America and number two in the world by Travel + Leisure Magazine. In 2019, the Inn was awarded the Michelin Guide’s three stars, making it the first and only restaurant in the Washington, D.C., region to receive the honor.

The driving force behind the Inn’s continued excellence is O’Connell and his unending attention to detail. A native of the D.C. area, he attended the Catholic University of America to study speech and drama, then left to work in local restaurants. Although his parents urged him back to school, O’Connell found himself not cut out for campus life and headed out to travel through France. It was there that he found inspiration for a country inn that welcomed visitors with exceptional hospitality and refined cuisine.

O’Connell is a self-taught chef, a five-time James Beard winner and the recipient of the 2019 James Beard Lifetime Achievement award. He has authored three books, incorporating his take on American cuisine and the fascinating history of the Inn. He writes about his business philosophy, admitting, “I was supposed to have become an actor but soon found the living theater of the restaurant world more compelling than the stage.”

More than a chef, O’Connell is a restaurateur in the greatest sense, overseeing 17 acres of land, a 22-building Inn complex that takes up a good part of the town of Washington, a staff of 150 people, gardens and livestock (the elegantly designed chicken coop has a chandelier), and a voluminous kitchen modeled after the one in Windsor Castle, where special guests have dinner while watching the backstage show. The show usually starts with O’Connell’s signature truffle popcorn, served in miniature movie popcorn bags. Forbes describes the treat: “It’s tossed with parmesan, white truffle oil and sugar, then topped with fresh Burgundy truffles, gently shaved tableside by white-gloved servers.”

Before the farm-to-table movement became mainstream, O’Connell was resourcing local, seasonal food out of necessity and preference. Many food distributors wouldn’t deliver to the far reaches of Virginia, so O’Connell bought from local farmers and made good will with the local population along the way. The Inn now boasts a farmer in residence, who manages the chickens, sheep, llamas, and goats, and also “vegetable gardens, a dwarf cherry tree orchard, and a 672-square-foot greenhouse, all of which yield 8,000 pounds of the highest-quality produce annually” for the varied and inventive menu of Patrick O’Connell.

Wine magnate Robert Mondavi once called Patrick O’Connell the “pope of American cuisine.” Many great chefs have cut their teeth under O’Connell’s tutelage and demanding eye. The job interview includes making an omelet, rolled, not folded. The Inn’s alumni include Kristin Butterworth, now executive chef the Nemacolin Woodlands Resort in Pennsylvania, David Shannon, founder of L’Opossum in Richmond, and Tarver King, now the executive chef at the Restaurant at Patowmack Farms in Virginia.  “It was like being in some weird, theatrical circus every day,” King told GW Magazine. “But it was serious and there was a lot that went into it and a lot of eyes on you, and you had to do things exactly right.”

“Historically . . . the only reason anyone became a chef was because they couldn’t get a real job, or they couldn’t speak the language, or they couldn’t do something that was considered more important or valuable,” explains O’Connell. “Then the profession seemingly overnight became glamorous. People who could have been brain surgeons or professors or rocket scientists suddenly entered the arena and everything changed forever.

“A new breed of American chefs have been brought into the field, who are resourceful, who have introduced a kind of playfulness in contrast to the usual stuffiness that we as Americans often found in grand European establishments. . . . It has created a kind of vivacious, unexpected excitement, full of surprise about what’s coming next on the culinary horizon."