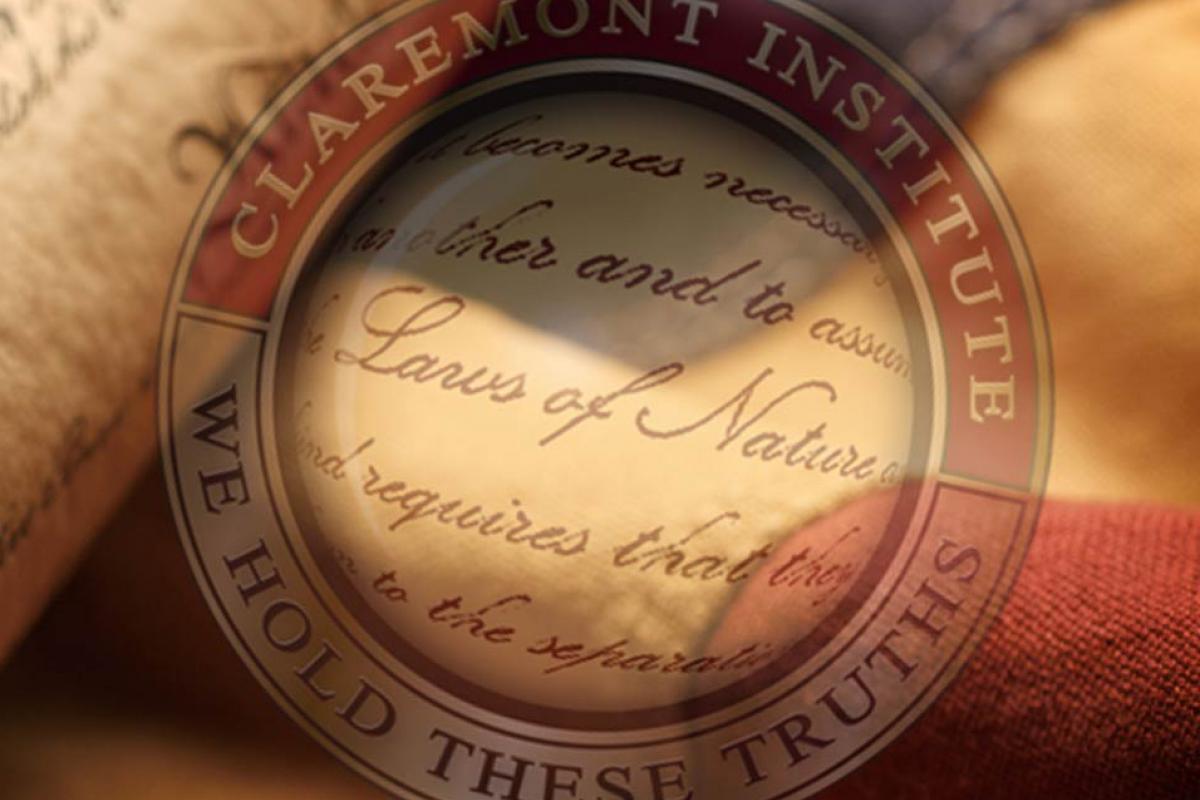 —Courtesy of the Claremont Institute

For championing the Nation’s founding principles and enriching American minds. Its publications and public events have deepened our understanding and appreciation of American freedom, democracy, justice, and rule of law.

The mission of the Claremont Institute is “to restore the principles of the American Founding to their rightful, preeminent authority in our national life.” A think tank located far away from Washington, D.C., in Upland, California, Claremont was founded in 1979 by a handful of students of the late political philosopher Harry V. Jaffa, whose views continue to shape the institute, its scholars, and its programs.

Influenced by the émigré thinker Leo Strauss, Jaffa emphasized the importance of founding principles in understanding the American regime. He broke from Strauss and others, however, who saw the American Founding as essentially Lockean, centered on property rights and based on a low but solid view of human nature. Seeking a nobler view of the Founding, Jaffa used words like virtue and excellence to describe its aspirations. He was fond of quoting George Washington on “the indissoluble union between virtue and happiness.” Abraham Lincoln’s speeches and thought were another touchstone. Jaffa’s 1959 book, Crisis of the House Divided, helped revive scholarly interest in the Lincoln-Douglas debates.

Following Jaffa, the Claremont Institute champions the view that the promises of liberty and equality before the law are written into the Declaration of Independence and expressed not only in the Founding but, especially, in the Lincoln presidency. Arguing against more historicist interpretations that denigrate the contributions of the Founders as needing constant correction, Claremont scholars such as Thomas G. West and others have sought to vindicate the Founders and show how their legacy has been under attack from more statist philosophies. According to this school of thought, the Progressive Era, especially the administrations of Woodrow Wilson, Franklin Delano Roosevelt, and Lyndon Baines Johnson, introduced many corruptions to American political thought that cry out for reconsideration in light of the Founding principles.

The Claremont Institute is a think tank in the traditional sense of being home to a group of collaborative scholars, about two dozen of them, who write penetrating articles and books on the American Founding, Lincoln, the Civil War, progressivism, the administrative state, and the importance of statesmanship. It is also, however, a training ground for young thinkers and doers, recent college graduates as well as mid-career professionals in media, elective politics, government, and law, who visit as summer fellows and receive “a crash course in American political thought” from the Founders onward.

“Our strategy has always been to teach the teachers and the opinion leaders and the policy makers,” says Claremont president Ryan Williams. This effort began in Claremont’s first year with the Publius Fellowship, a three-week program of seminars for recent college graduates. Today, Claremont also offers brief fellowships for journalists, law clerks, and even speechwriters, counting more than seven hundred alumni from its programs. The students, Williams says, are “public spirited and want to engage in a career that shapes the national political and intellectual conversation.”

A student of the second class of Publius Fellows, Charles Kesler went on to become a scholar at Claremont and, in 2000, editor of the Claremont Review of Books, a small-circulation quarterly journal that has since become a significant venue for intellectual debate among political thinkers. Under Kesler, the well-written journal has published many distinguished thinkers and writers, such as Civil War historian Allen C. Guelzo, Claremont senior scholar William Voegeli, the National Humanities Medalist and coauthor of Who Killed Homer? Victor Davis Hanson, former White House speechwriter Michael Anton, journalist Christopher Caldwell, foreign policy analyst Angelo Codevilla, political theorist Diana Schaub, and best-selling novelist Mark Helprin.

While its paid circulation hovers around seven thousand, the Review boasts a high degree of influence in political and intellectual circles. Claremont also regularly hosts public events—talks, debates, and daylong institutes—on pressing questions of politics and ideas, in Los Angeles and Washington, D.C. However, says Williams, “the best metric,” by which to measure Claremont’s success, “is the extent to which we can teach people about the centrality of the principles of the Declaration of Independence.”