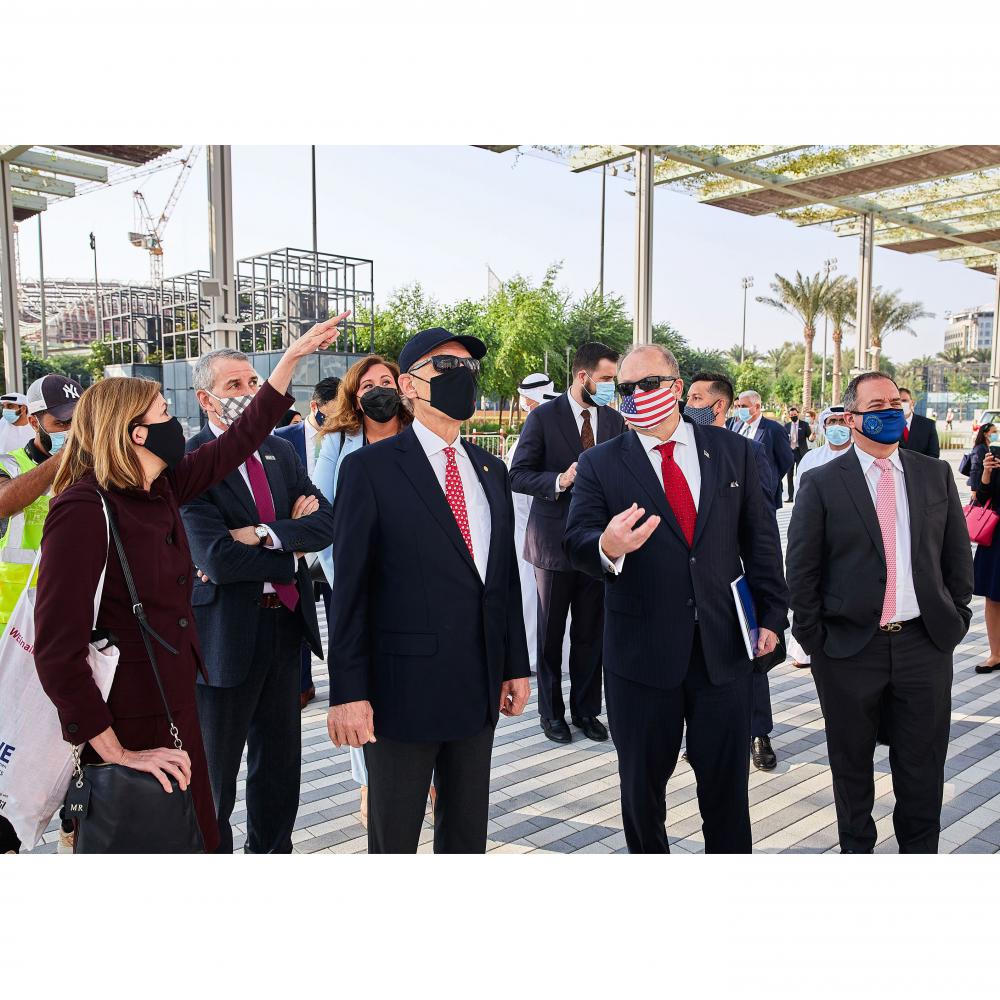 NEH is committed to building strong international cultural relationships. In November, Senior Deputy Chairman Carlos Díaz-Rosillo traveled to Dubai, a city in the United Arab Emirates, for the handover ceremony of the U.S. pavilion at Expo 2020. Díaz-Rosillo has led NEH’s efforts to contribute cultural programming at the U.S. pavilion, following the signing of an interagency agreement between NEH and the State Department. 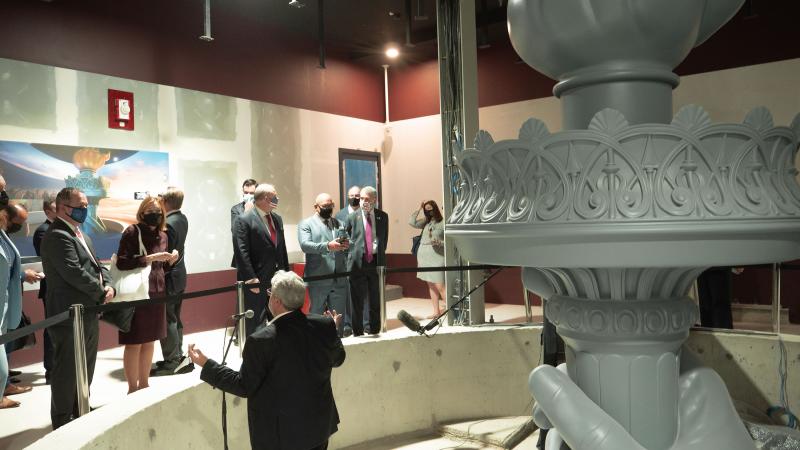 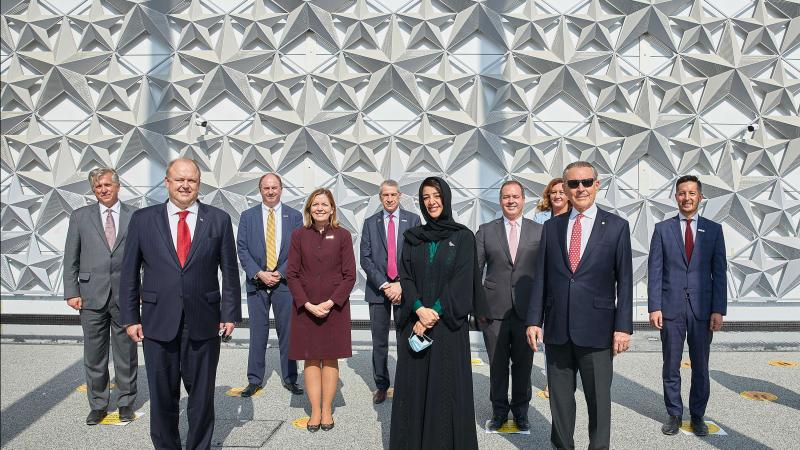 For the United States, which recently brokered the Abraham Accords establishing relations between Israel and the United Arab Emirates, the expo represents an opportunity to highlight public diplomacy successes and foster a more positive understanding of our nation. NEH efforts will help promote the multifaceted nature of American society and culture.

“NEH is a content agency, whose main purpose is to drive the promotion of culture and ideas,” said Díaz-Rosillo, who hopes American programming at the expo will show off the marvels of American society and democracy, alongside technological advancements such as the SpaceX Falcon 9, a replica of which is set to greet visitors to the U.S. pavilion.

“Our participation in the expo will allow our country to showcase the richness of our culture and values, and promote a better understanding of the United States to help people see it as the force for good that it is.”

Through its participation, NEH will help ensure that the U.S. pavilion incorporates cultural content into its programming and exhibits as well as through its presentations. NEH also plans to invite contributors of public programming to help tell the American story at the expo.

Known in the United States as the World’s Fair, the World Expo has long been a premier venue for nations promoting themselves on the international stage as business partners, sites of investment, and tourist destinations.

A striking number of technological and architectural innovations have made their debuts at the World’s Fair. Autonomous cars, jet packs, and the zipper are just a few of the many futuristic devices that were presented alongside skyline-changing wonders such as the Eiffel Tower and the Space Needle. The first expo, known as the Great Exhibition of the Works of Industry of All Nations, was held in London’s Crystal Palace in 1851.

“This partnership with the State Department is a great opportunity to bolster American global leadership and reaffirm American leadership in the realm of international cultural diplomacy,” said Díaz-Rosillo. “I look forward to continued success from fruitful partnerships that deepen cultural understanding and cooperation with our friends and allies.”

This article is available for unedited republication, free of charge, using the following credit: “Originally published as “Showcasing American Culture on the World Stage: NEH Contributes to Expo 2020 Dubai” on January 11, 2021, in Humanities magazine, a publication of the National Endowment for the Humanities.” Please notify us at @email if you are republishing it or have any questions. 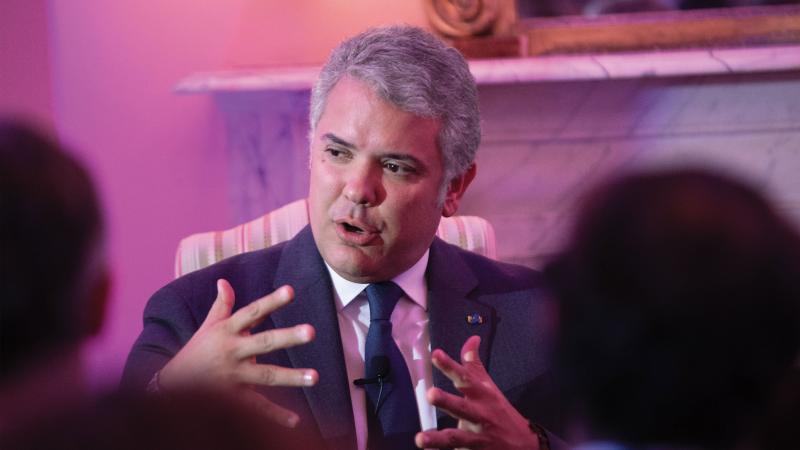 Culture and Prosperity: A Visit with Colombian President Duque 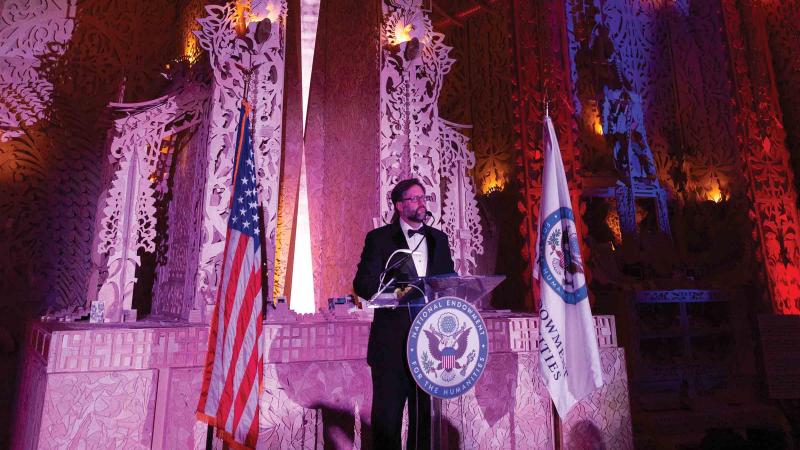 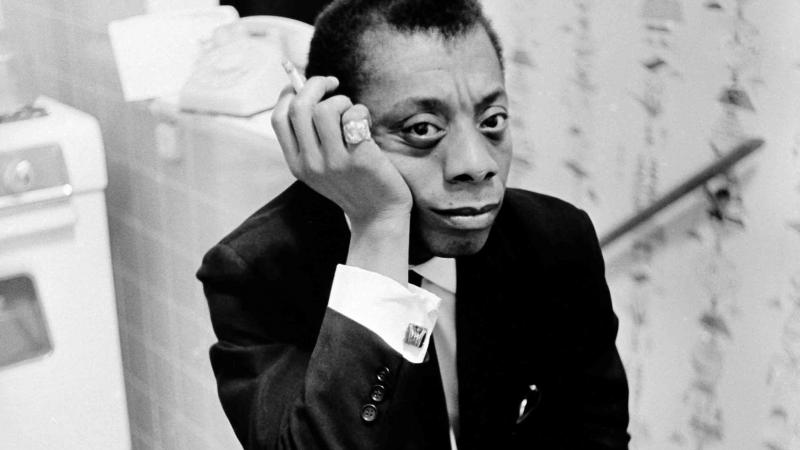