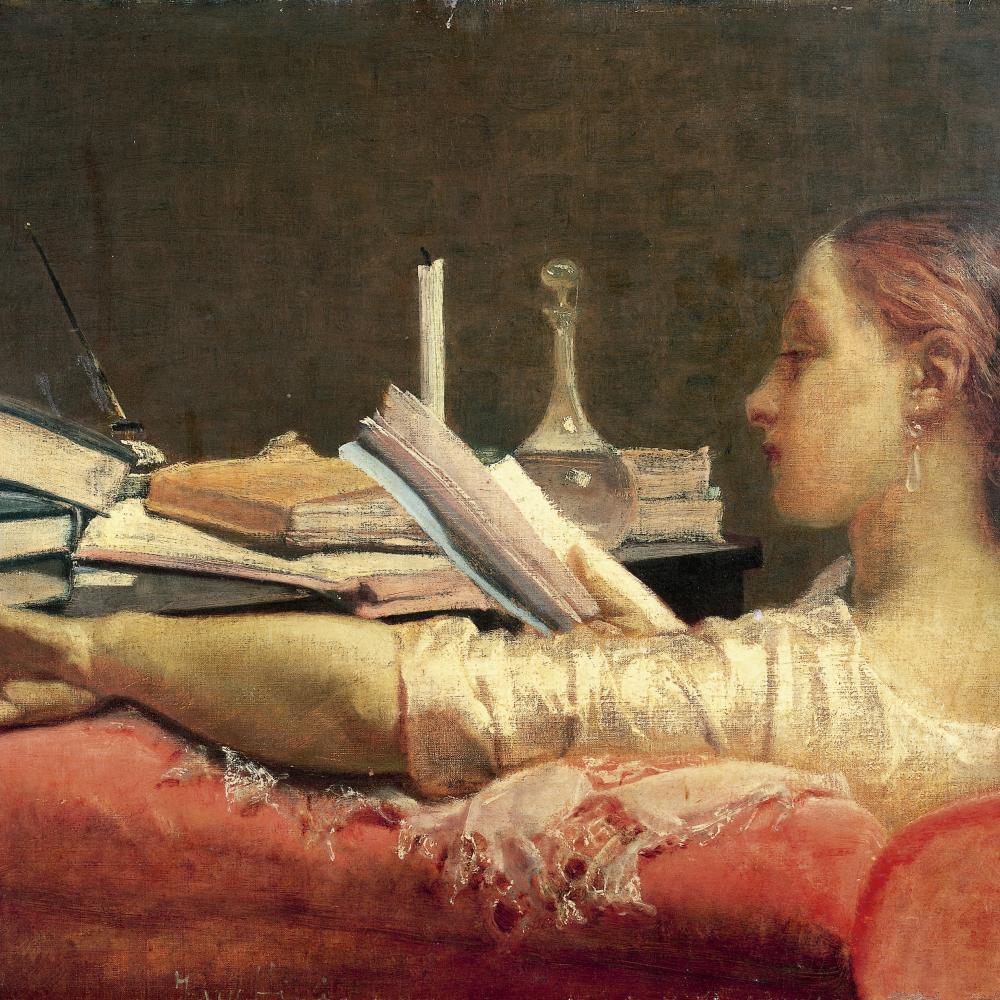 When World War II broke out in 1939, the English author Victor Sawdon Pritchett was growing in his powers as a novelist, short story writer, and critic.

But when wartime shortages forced publishers to scale back the release of new books, Pritchett found himself with a limited source of subjects for his literary criticism. Necessity nudged Pritchett, who needed the income of a freelance career, into a lively expedient. Each week, in a 2,000-word essay for The New Statesman, Pritchett began to write on classic authors.

Pritchett, who died in 1997 at ninety-six, is best remembered today for his closely observed short stories, which are often shrewd exercises in social comedy. But Pritchett’s deeply perceptive essays on writers as varied as Edward Gibbon, Fyodor Dostoevsky, Henry Fielding, Jonathan Swift, Mark Twain, and George Eliot are an important part of his legacy, too. His insights on those lions of letters, included in his Complete Collected Essays, might not have developed without the interrupted publishing culture that World War II created.

While no one would welcome such a global disaster, Pritchett’s intellectual development points to the power of a pause in one’s typical reading life. When the Next Big Thing no longer commands center stage in the world of literature, readers can feel more at ease to visit—or revisit—old books that endure, gaining much in the bargain.

This spring’s pandemic lockdown has brought a similar slowdown in the literary life of America and the world. New books are still coming out, but release dates for many titles have been postponed. In this fallow time, old books are reclaiming some of the spotlight. Articles about the joys of revisiting the classics abound. The online news site Vox weighed in with a pandemic feature, “So you want to read the classics,” pointing readers to such literary touchstones as Stephen Crane’s The Red Badge of Courage and F. Scott Fitzgerald’s The Great Gatsby. Forbes offered its own list, including The Grapes of Wrath by John Steinbeck and Pale Horse, Pale Rider by Katherine Anne Porter. TIME suggested Walden by Henry David Thoreau and Middlemarch by George Eliot as ideal pandemic prose.

But as lockdowns lift and routines resume, there’s abiding value in keeping classic books close at hand. Susan Hill argued as much in Howards End is on the Landing, her charming 2009 account of “a year of reading from home.” It’s about a 12-month period in which Hill resolved to give up buying new books and instead read the books already on her shelves, including quite a few neglected classics. Among the companions for her unusual reading year were Anthony Trollope’s The Way We Live Now, Virginia Woolf’s To the Lighthouse and E. M. Forster’s A Passage to India. “There is no doubt that of the thousands of new books published every year many are excellent and some will stand the test of time. A few will become classics,” Hill told readers. “But I wanted to stand back and let the dust settle on everything new, while I set off on a journey through my books.”

“One of the strongest motivations for rereading is purely selfish: it helps you remember what you used to be like,” says writer Anne Fadiman. “Open an old paperback, spangled with marginalia in a handwriting you outgrew long ago, and memories will jump out with as much vigor as if you’d opened your old diary.” She quotes William Hazlitt’s observation that such book memories are “pegs and loops on which we can hang up, or from which we can take down, at pleasure, the wardrobe of a moral imagination, the relics of our best affections, the tokens and records of our happiest hours.”

“It has often been my experience that re-reading a book that was important to me at earlier times in my life is something like lying on the analyst’s couch,” Vivian Gornick writes in her new book, Unfinished Business: Notes of a Chronic Re-Reader. “The narrative I have had by heart for years is suddenly being called into alarming question. It seems that I’ve misremembered quite a lot. . . . Yet the world still drops away when I’m reading and I can’t help marveling, If I got this wrong, and this and this wrong, how come the book still has me in its grip?”

Gornick’s standby authors include D. H. Lawrence, Colette, and Elizabeth Bowen–perhaps enough reading to get homebound Americans through this strange season of confinement.

The most familiar books on our shelves, as we’ve learned these past few weeks, can remind us usefully of what endures in a shifting world. All the more reason to fetch them from time to time—in this troubled spring, and in any season of our hurried lives.

NEH has funded many projects related to the study of classic books, including two recent summer institutes for schoolteachers run by the University of Arkansas called “Remaking Monsters and Heroines: Adapting Classic Literature for Contemporary Audiences,” and another summer program for edcuators on “Reimagining the Literary Classic: Teaching Literature through Adaptations,” held at the University of California, Santa Cruz.

This article is available for unedited republication, free of charge, using the following credit: “Originally published as “Reading Classics in Difficult Times” in the Spring 2020 issue of Humanities magazine, a publication of the National Endowment for the Humanities.” Please notify us at @email if you are republishing it or have any questions.

Complete Collected Essays by V. S. Pritchett; Howards End is on the Landing by Susan Hill; Unfinished Business by Vivian Gornick; Rereadings edited by Anne Fadiman; “V. S. Pritchett, Master of the Short Story And Literary Criticism, Is Dead at 96” by Sarah Lyall, New York Times, March 22, 1997; “So you want to read the classics” by Constance Grady, Vox, May 7, 2020; “Why These 20th Century Classics Belong on Your Pandemic Reading List” by Lana Bortolot, Forbes, March 24, 2020; “30 Books and Series to Read While Social Distancing” by Time Staff, Time, March 20, 2020.

Virginia Woolf Was More Than Just a Women’s Writer

She was a great observer of everyday life.