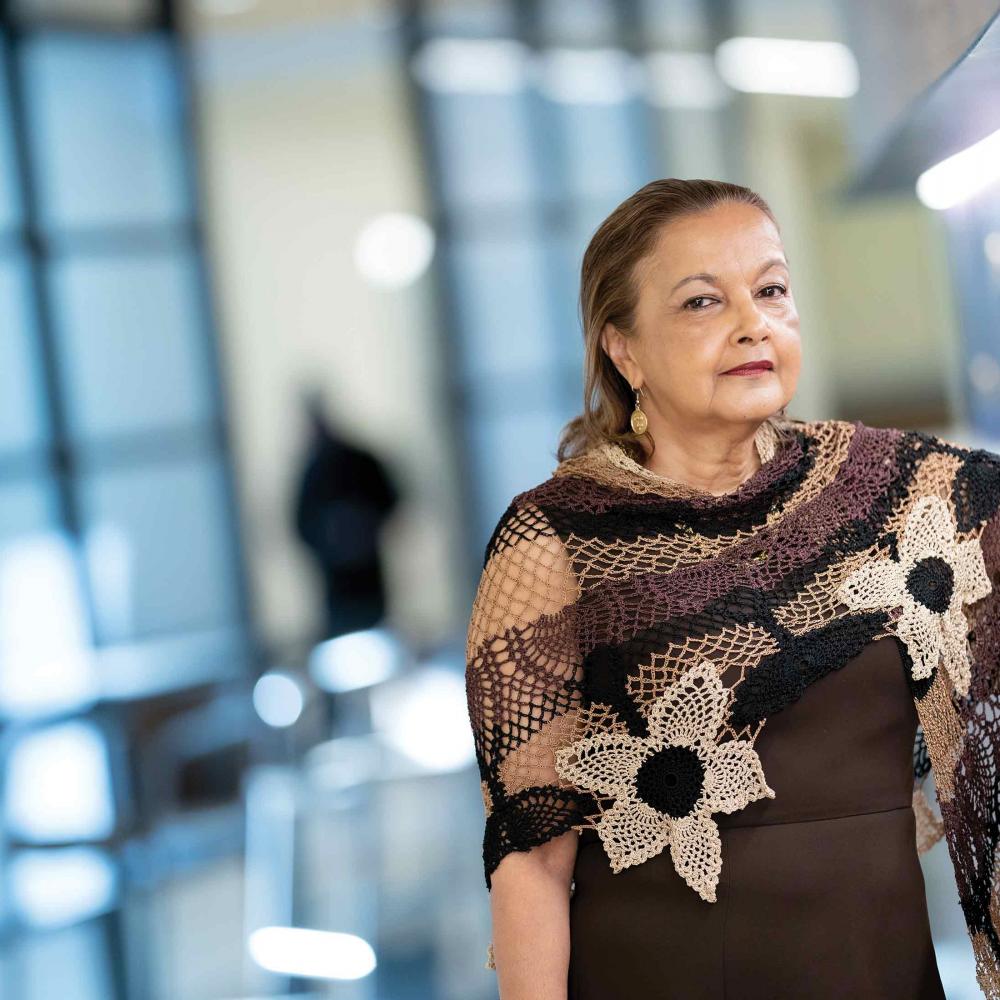 In the 1980s, Joy Ford Austin was living in the District of Columbia and often rode a bus on 16th Street, N.W., to her job as executive director of the African American Museums Association.

She remembers seeing a poem on a bus placard, “a wonderful poem by an African-American poet,” and saying to herself, “What kind of an organization puts poetry in buses?” The organization was HumanitiesDC, where Austin would later become executive director and remain for the next 20 years, until stepping down this spring.

During Austin’s 20 years of leadership, HumanitiesDC evolved along with the community it serves. It now supports several broad initiatives, many related to historic preservation and community storytelling.

At its core is the D.C. Community Heritage Project, a partnership with the city government’s Historic Preservation Office. Since 2005, this collaboration has worked to preserve historic buildings and the histories of the people who have lived there.

Community interest and involvement create the project’s synergy. “It’s true that our main goal is . . . preservation,” says Austin. “But we also understand that to educate communities about the importance of preserving buildings, we have to acknowledge that they must be able to tell their own stories about the places they love.”

The collaboration has also produced the D.C. Digital Museum, which HumanitiesDC uses to showcase the products of its grantmaking. In addition, HumanitiesDC manages Culture Capital, a website that hosts the main humanities calendar for the city, providing information on a wide range of arts and humanities programming in D.C.

Another initiative is the D.C. Oral History Collaborative, which trains volunteers to engage with their communities and gather oral histories from longtime residents. Trained oral historians have now gone into each of D.C.’s eight wards and gathered histories to be preserved in libraries and shared with the public through film or writing projects.

Washington, D.C., hums with vibrant humanities content—history and literature. On 14th Street, N.W., you might pass by the former site of Georgia Douglas Johnson’s house, which served as a haven for members of the Harlem Renaissance. In Dupont Circle you might trace the steps of Sinclair Lewis when he was writing Main Street, published a hundred years ago this year, or pass before the engraved words of Walt Whitman, who spent ten years at various boardinghouses across Washington. And in Anacostia one can still visit Cedar Hill, the house where Frederick Douglass spent the last 17 years of his life. As part of its mission to preserve history and tell stories through community, HumanitiesDC also runs the D.C. Writers’ Homes website and walking tour app, which chronicle the hundreds of poets, novelists, essayists, and historians who have lived in the city. Writers from Paul Laurence Dunbar to Zora Neale Hurston have walked the city’s streets, and the D.C. Writers’ Homes tells you exactly where.

“I think that the Writers’ Homes is a powerful opportunity to reassert writers and authors,” says Austin. “It gives us a very tangible way of saying, yes, there has been a thriving literary community here. You can see it here.”

Community memory is especially precious in D.C., the geography of which has been shaped by a complex human history and neighborhood transitions. One of the council’s grantees, Prologue DC helps illustrate that history through surveys of neighborhoods that were redlined, with services deliberately placed out of reach of some residents based on race. Maps on Prologue DC’s website, reveal how sharply some neighborhoods were divided.

“This research will be a really significant opportunity for scholars to come back to, fifty years, a hundred years from now,” Austin notes. “But it’s also very interesting to people who live in those neighborhoods now. And then government people who do planning, they go to sites like that. They may learn what was going on in the city.”

Throughout her tenure, Austin placed a strong emphasis on what she calls “intentional access,” ensuring that all parts of D.C. are empowered through HumanitiesDC programs and funding. “One of the things I am proud of . . . is that we are all over the city,” says Austin. “We don’t have a reputation of being in one part of the city or another. This year, we had about thirty projects in each of the city’s eight wards.”

What are you reading now? Ocean Vuong’s On Earth We’re Briefly Gorgeous. The way he shapes language is just stunning. Also Pachinko by Min Jin Lee and The Underground Railroad by Colson Whitehead. Favorite D.C. writer? Edward P. Jones. He really has the pulse of the city—there’s always something by him on my nightstand. Favorite D.C. museum? The National Museum of African American History and Culture. What are some of the places in D.C. where you take visitors? The stained-glass windows at People’s Congregational Church. The interior of the National Building Museum, especially at sunset. Busboys and Poets, and the Eaton Hotel.

This article is available for unedited republication, free of charge, using the following credit: “Originally published as “Executive Function: With Joy Ford Austin” in the Spring 2020 issue of Humanities magazine, a publication of the National Endowment for the Humanities.” Please notify us at @email if you are republishing it or have any questions.