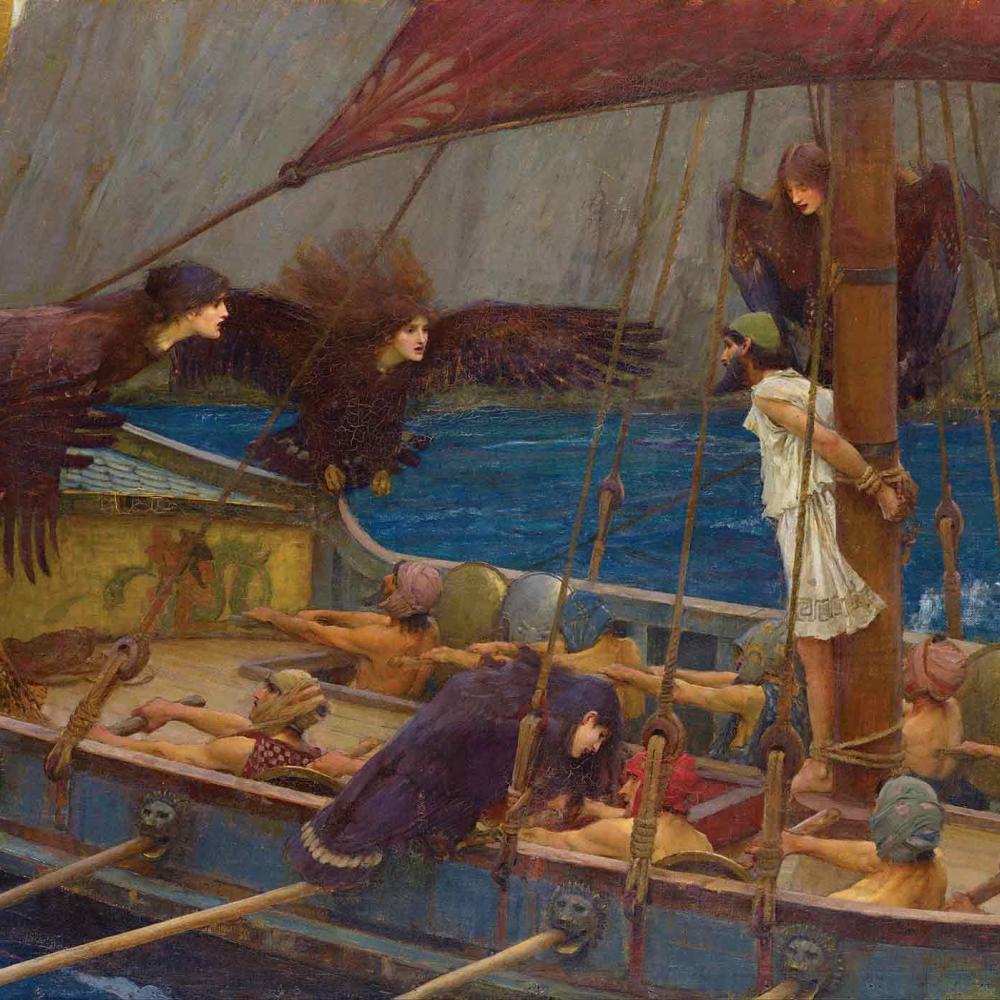 Ulysses and the Sirens by John William Waterhouse.

Aeolus has replaced his gusty winds, which swept the city the night before, with calm breezes. As the late October sun rises, trees slip on a subtly darker shade of yellow. It is the season of nostalgia. Inside a classroom at Bard High School Early College Baltimore, students consider the word’s etymological ancestor, nostos, meaning “homecoming,” and, specifically, Odysseus’s homecoming.

Nearly three millennia after its appearance in the eighth century BCE, Homer’s Odyssey continues to grip its readers, evoking feelings of longing and belonging, and probing questions about honor, identity, and transformation. What stands out as unfamiliar in this class, however, is that students are using a new edition with a Minoan fresco on its cover. This is Emily Wilson’s translation, the first English rendition by a woman. Lucidity, vigor, vitality, sensitivity, contemporaneity—these are all qualities that reviewers attribute to this version by Wilson, who is a professor of classical studies at the University of Pennsylvania. The same qualities inspired Amy Bernstein, a Baltimore-based writer and playwright, to bring the hardcover edition into classrooms for students to “really dig deep and discover their own creative ideas and energies.”

What materialized is the Maryland Odyssey Pilot Project and Symposium, supported by a Maryland Humanities grant. Throughout the fall semester, students in grades 9 through 11 at four Maryland high schools read Wilson’s translation and interacted with the poem through analytic and creative works, including poetry, drama, dance, music, and visual arts.

Teachers applaud the new translation’s accessibility. Whereas the “dense, antiquated” language of some older translations used to be an impassable barrier for her students, says Bard Early College’s Emily Hayman, Wilson’s language is “almost crystalline in its clarity,” adding that it holds a balance between accuracy and liveliness. Unburdened from wrestling with the language, students can engage with the text more easily.

In one class, Hayman’s tenth graders read Book 23 of the epic. In this book, Odysseus, disguised as a stranger, has returned home from his twenty-year journey and killed all of his wife Penelope’s suitors. Although Penelope acknowledges the stranger “looked like” her husband, she doesn’t accept him back. Testing him, Penelope orders her trusted slave to move the wedding bed that Odysseus had built from a living olive tree. Enraged that someone may have cut the bed from the tree trunk, Odysseus tells the story of how he built it, a story only he and Penelope know, proving his identity. Probing Homer’s lines, the young readers interpreted Penelope’s refusal to play her husband’s game of fabrication and trickery as an exhibition of her own capacity for manipulation. Deciphering why the poet compares Odysseus’s voyage at sea to an affectionately accepting Penelope, one student observed that Penelope, too, had been on a journey: “Everything about her goes with his journey. She had to go through fending off the suitors . . . [and] reaccept Odysseus.” 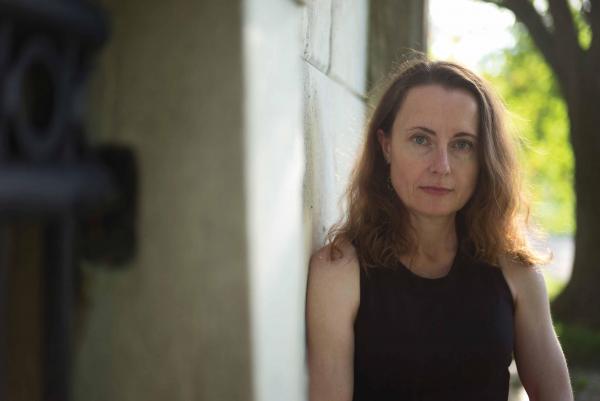 Some of the students had the opportunity to meet Wilson in person, when the translator—wearing a pair of golden trainers “because they seem like what Athena might wear if it was too chilly for her sandals”—came to the Govans Branch Library to speak earlier in October. Joined by a panel of scholars, Wilson addressed an audience of nearly two hundred, sharing her approach to translating and discussing how her edition could invite new readings of the ancient poem.

During the Q & A, one student asked whether the translator had to “make changes” from Homer’s book. “In a way, I changed 100 percent of it—from Greek words to English words,” Wilson replied with a grin. She nodded to an implicit query that underlay questions she’d received in the past year—questions on her choice of iambic pentameter, on her insistence on syntactic simplicity, and on her campaign against euphemistic and sexist language in earlier translations.

Wilson wants to recreate for her English readers the Greeks’ experience of hearing the work with regular meter and rhythm. Iambic pentameter, the meter for English narrative verse and “the rhythm of Chaucer, Shakespeare, Milton, Byron, Keats,” does just that. She avoids replicating “the experience of the struggling student in intermediate Greek language class,” stating that Homeric Greek isn’t difficult to read and that a translation of an epic poem need not be “pompous or grand or inaccessible.”

Another question that arises is, What can and should the translator do to ensure faithfulness? Wilson’s answer stems from a sense of duty: It is “a big deal, to present words chosen by you as the words of Homer.” To translate, she continues, is to be “genuinely responsible, in poetic, scholarly, creative, and interpretative ways and whatever you have in you, to echo what you read in what you write.”

Breaking with earlier translations, Wilson holds that it is misleading to call a person who is the property of someone else a “maid” or “housekeeper.” In Bernstein’s words, “We have a word for that and it’s ‘slave.’” Wilson believes that using a euphemism “undermines the impact of, for instance, the desperately moving scene in which Eumaeus, the enslaved swine-herd, tells the terrible story of how he was trafficked into slavery.”

That same duty also prompted Wilson to call the twelve slave girls executed for having slept with Penelope’s suitors (who are called “sluts” or “whores” in some translations) simply “these girls,” citing an absence of such derogatory connotation in the original Greek.

Wilson said that she meant for her translation to be an invitation to explore lessons about “how essential it is to look at every story from more than one point of view, and to listen to voices from different perspectives, different classes, different genders, different cultures, different time periods from our own.” She encouraged students to pay close attention to texts that set up questions without right or wrong answers and imagine telling the story from a perspective other than Odysseus’s, and, most importantly, “have fun, and take that fun very, very seriously.”

*Updated on February 19, 2019, to clarify Emily's Wilson choice to use Iambic pentameter for her new translation.

Xianxun Ding is a former intern with Humanities magazine.

This article is available for unedited republication, free of charge, using the following credit: “Originally published as "A New Odyssey for the Ages" in the Winter 2019 issue of Humanities magazine, a publication of the National Endowment for the Humanities.” Please notify us at @email if you are republishing it or have any questions. 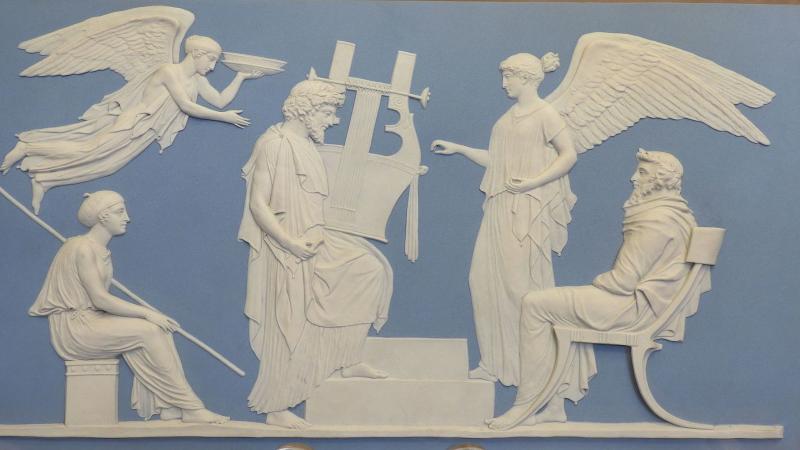 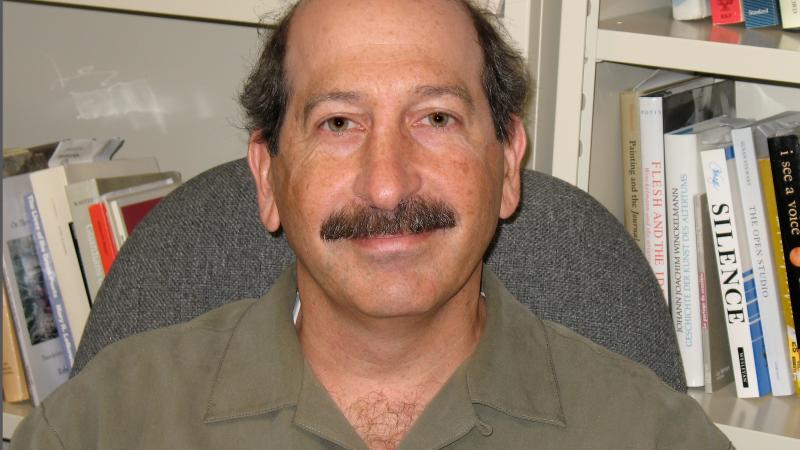 Impertinent Questions with James I. Porter

On Homer and the mortals and gods who fill his tales