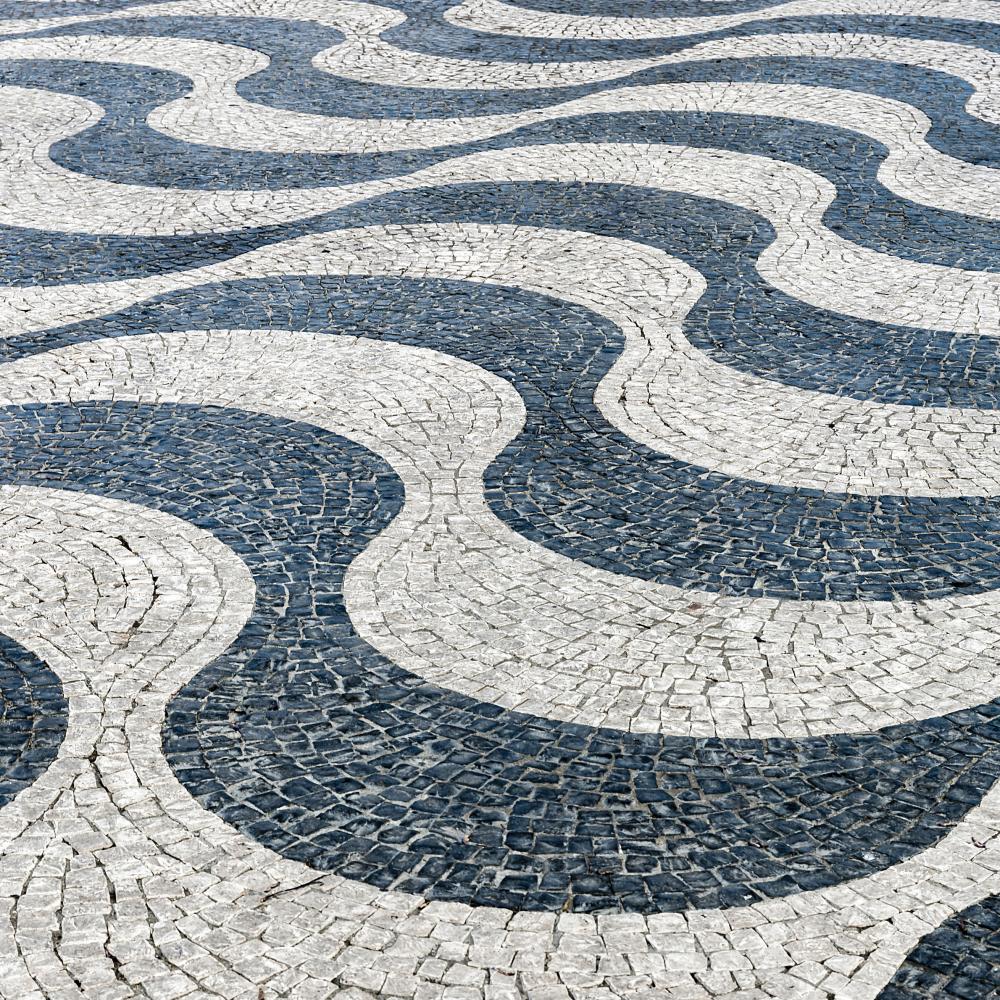 The four-kilometer-long promenade at Copacabana Beach in Rio de Janeiro appears to undulate, like the nearby ocean, in a wavy mosaic pattern that alternates black basalt with white limestone.

It is a modern twist on a traditional Portuguese design called calçadas, started in 1842 when commander Eusébio Furtado ordered the prisoners of Castelo de São Jorge to pave their courtyard in a zig-zag pattern. The result was admired across Europe, and Louis Daguerre made one of his earliest photographs of the square. Decades later, calçadas became the mandatory method for paving plazas in Lisbon, and the style spread across the world to the Portuguese colonies.

The now iconic Copacabana promenade was designed, in 1970, by Brazilian landscape architect Roberto Burle Marx, when the city was remaking its image. Burle Marx (1909–94) was known not just for his landscapes and hardscapes, but as a visual artist in several mediums, a plant explorer, and a conservationist of Brazil’s native flora. The NEH-funded exhibition “Brazilian Modern: The Living Art of Roberto Burle Marx” is on view at the New York Botanical Garden through September 29, 2019, honoring Marx’s innovative and influential gardens with a large-scale horticultural installation, along with displays of his paintings, drawings, print.

The text of this article is available for unedited republication, free of charge, using the following credit: “Originally published as “Making the Promenade Modern” in the summer 2019 issue of Humanities magazine, a publication of the National Endowment for the Humanities.” Please notify us at @email if you are republishing it or have any questions.