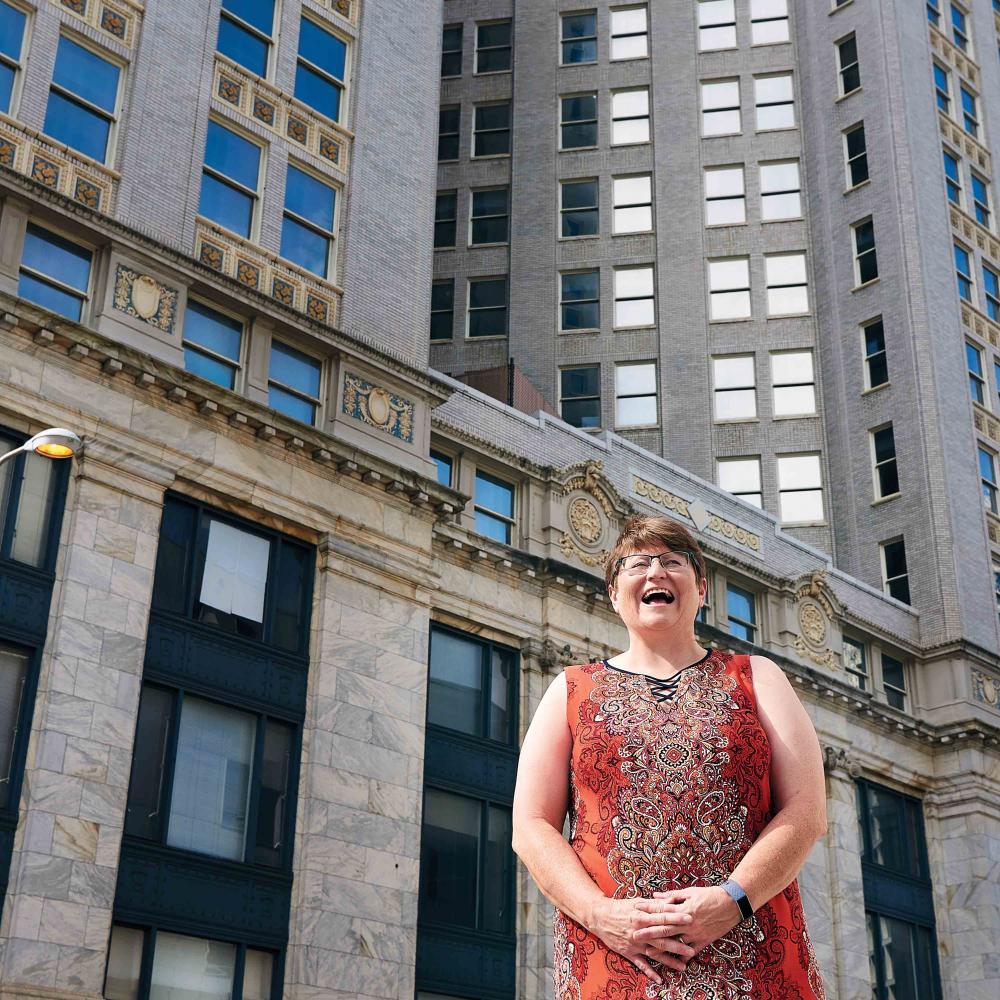 Laura McCarty outside Atlanta’s historic Hurt Building, a distinctive triangular skyscraper, built between 1913 and 1926, and the council’s base of operations.

Laura McCarty’s commute through downtown Atlanta is drenched in history: As she drives down Auburn Avenue to the Hurt Building, one of the region’s first skyscrapers, she passes Ebenezer Baptist Church, where Martin Luther King Jr. preached his first sermon and where, 20 years later, his wife, Coretta, mourned his assassination, vowing to continue his work.

Next to the church stands the embodiment of Coretta’s commitment: the King Center for Nonviolent Social Change, established in 1968 as a living memorial to King. The grounds are temporarily closed—another casualty of the pandemic—but in less turbulent times, McCarty liked to stand before the placid reflecting pool that surrounds the white marble tomb where Coretta was laid to rest next to her husband.

“I never met her, but she’s one of my heroes,” says McCarty, whose work with Georgia Humanities led her to publish a biography of Mrs. King in 2009. “It’s a place where I can feel some connection to her.”

Feeling connected to history has been important to McCarty. She felt it while wandering the piazzas of Cortona as a University of Georgia graduate student researching Italian Futurism, and she feels it on Auburn Avenue. In her third year as president of Georgia Humanities, she aims to bring that sense of connection to Georgians.

“I find hope through looking at how people have overcome situations,” says McCarty, “how new ideas that come out of old ideas can help us move ahead.”

Were it not for the poems of John Donne, the humanities may have missed McCarty. As a child, she helped care for her grandparents, so her mother encouraged her to become a nurse. When she got to Wofford College in Spartanburg, South Carolina, she registered pre-med. Second-semester botany made it painfully clear her passions lay elsewhere.

“God rest the soul of that botany professor; it was really, really boring,” she recalls. The seventeenth-century metaphysical poetry she read in English class, on the other hand, enraptured her.

“The dogwoods were blooming,” she remembers. “It was much more inspiring to me at the time.”

She majored in English and French, then pursued graduate study in comparative literature before landing a job with Georgia Humanities, where she has remained for more than two decades. She long served as the state coordinator for National History Day.

McCarty is tasked with cultivating sustainability in the face of tightening budgets. For the council’s fiftieth anniversary next year, she has an ambitious plan: building more links to Georgia’s film and television industry (Stranger Things, Avengers: Endgame, and The Walking Dead were all filmed in the state). She’s also overseeing a redesign of the New Georgia Encyclopedia. With more than two thousand entries on subjects ranging from the history of Georgia barbecue to Hamilton Holmes and Charlayne Hunter-Gault (the African-American students who desegregated the University of Georgia), the online reference requires constant maintenance.

“It gives us the opportunity to get to know new scholars and to find new connections,” she says, adding that she’d like to expand coverage of topics such as Georgia’s Latinx community, the technology industry, and the hip-hop scene.

The encyclopedia is what led McCarty to Coretta Scott King: Her entry on King caught the attention of a publisher, who approached her to expand it into a book.

“My basic philosophy of life is that you can always learn something every day,” says McCarty, who may find herself learning about nonprofit fundraising one day and the cultural relevance of Outkast the next. It’s all part of what makes working in the humanities, as she puts it, “the best job in the world.”

What are you learning about now? The life of Adella Hunt Logan, a suffragist in Alabama. The things that people are saying about white privilege, they’re not just brand-new thoughts; people have been struggling with this for a long time. If you could time travel to any place and point in history, where would you go and why? Milan in 1909. I’d like to see the Futurists and the ladies that hung around with them, see what the dynamics were. What are you reading these days? Cool Town by Grace Hale, about Athens (Georgia) in the ’70s and ’80s. And The Bitter Southerner. What is your favorite hidden gem in Georgia? Pasaquan, an art environment. It is very, very off-the-beaten-path, psychedelic, just fascinating. What have you been listening to? A podcast called Shots in the Back, about the Augusta, Georgia, race riot of 1970. John Prine. I have become a very big John Prine fan.

Maya Kroth is a writer and podcast producer based in Atlanta.

This article is available for unedited republication, free of charge, using the following credit: “Originally published as “Georgia' Laura McCarty” in the Fall 2020 issue of Humanities magazine, a publication of the National Endowment for the Humanities.” Please notify us at @email if you are republishing it or have any questions. 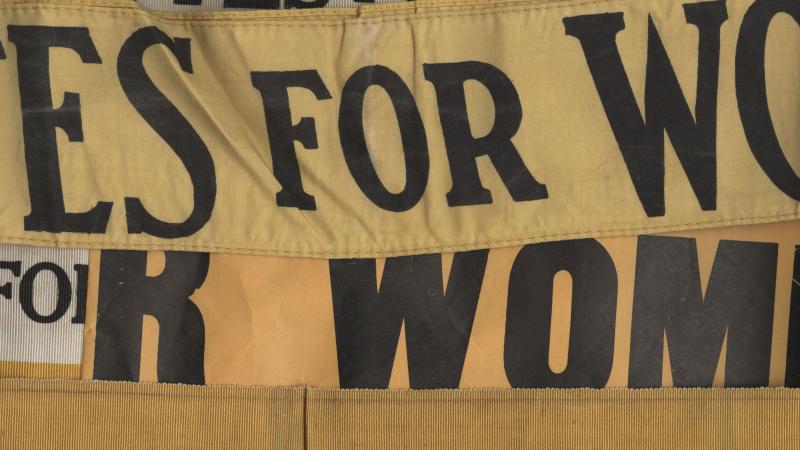 How the passage of the Nineteenth Amendment is being remembered and how, for decades, it was not.