“The future belongs to crowds,” wrote Don DeLillo. A well-known prophecy, it appears in his novel Mao II after a mass wedding at Yankee Stadium in which thousands of young men and women, though strangers to each other, become husbands and wives.

Social life during the pandemic has been the opposite of a DeLillo-style crowd. Instead of a coming-together, we had a coming-apart. Friends saw each other less and strangers became ever stranger to each other.

Crowds have their sinister aspects, of course. In this issue, Jeremy Popkin, a historian of the French Revolution, explores the role of crowds in that great upheaval, whose significance echoed so loudly across the globe. Decades later, the Dublin-born American activist John Binns wrote in his memoir (quoted in a book by Noel Ignatiev), “It seems scarcely possible for the people of the present century to form a correct idea of the enthusiastic rejoicings and powerful sympathy of a large portion of the human family on the outbreak of the French Revolution of 1789.”

When not all together, a would-be crowd is simply a community, perhaps like the east side of Baltimore whose neighborhoods were lovingly photographed in the late ’70s by three women supported by a grant from the National Endowment for the Arts. This fantastic cache of images has become an exhibit at the Smithsonian American Art Museum and supported by NEH through its “A More Perfect Union” initiative. With help from curators at SAAM, HUMANITIES has assembled a selection of these photos and placed them in the company of an essay by Rafael Alvarez, a third-generation Baltimorean.

Speaking of communities, we have a trio of articles on African-American culture, starting with an excellent piece by Ken Coleman about an archival project in Detroit that aims to remember Black Bottom, a storied neighborhood that was erased in the 1950s by redevelopment. Another article recalls the Negro baseball leagues through the contributions of sports historian
Phil Dixon.

And we have a thought-provoking interview with Marcia Chatelain, the professor of history at Georgetown University whose NEH-supported Pulitzer Prize-winning book, Franchise, describes how the civil rights movement crossed paths with the fast food revolution in the history of McDonald’s.

We have a small crowd of other stories as well—about Jane Addams, celebrated reformer of the Progressive era, about Claiborne Pell, the senator from Rhode Island who helped bring about a national community of state councils that work as partners with NEH, and about Jodi Graham, the head of one of those state councils in Utah.

This article is available for unedited republication, free of charge, using the following credit: “Originally published as “Editor's Note” in the Fall 2021 issue of Humanities magazine, a publication of the National Endowment for the Humanities.” Please notify us at publications@neh.gov if you are republishing it or have any questions. 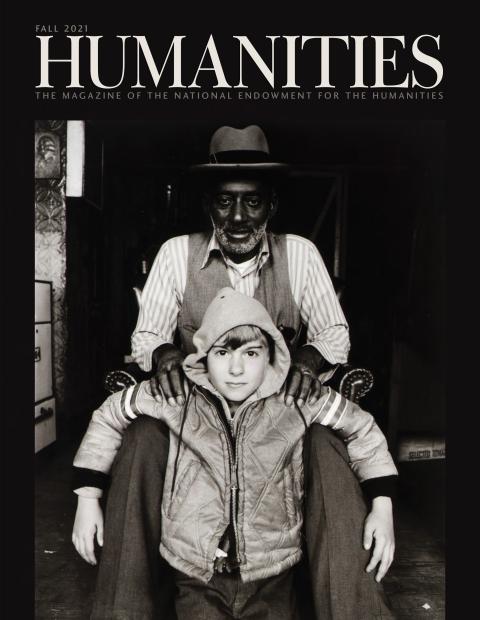