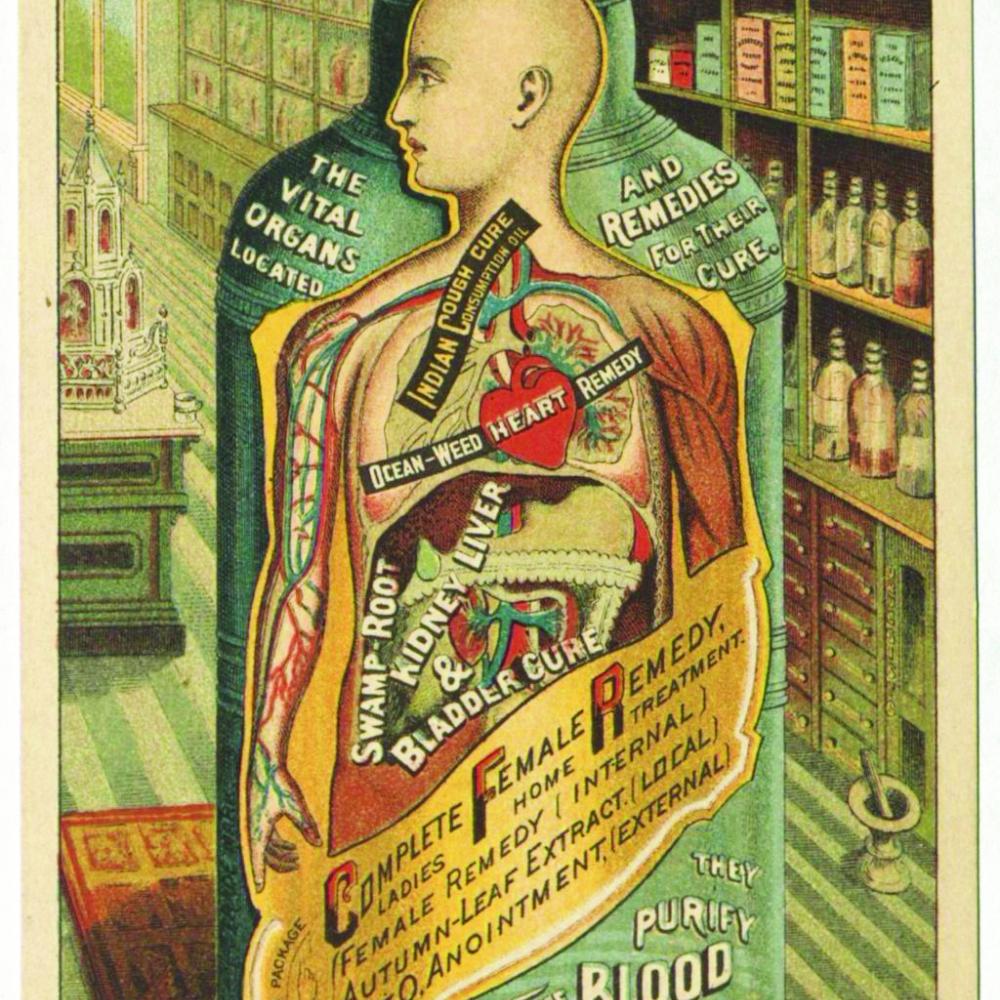 A homeopathic physician, Dr. Sylvester Andral Kilmer founded his laboratory and remedy company in the 1870s in Binghamton, New York. His medicines were aggressively advertised and sold across the country in bottles that famously showed the organ to be treated embossed on the glass. Eventually, Dr. Kilmer’s brother Jonas and Jonas’s son Willis took over the company and employed mass marketing to make Kilmer’s remedies a nationally known brand. When Willis was asked what swamp root was good for, he answered, “About a million dollars a year!”

Kilmer’s cure-alls contained various herbs and roots and plenty of alcohol. They did not contain cocaine, opium, or morphine, which were common in less reputable patent medicines of the era. In 1906, the U.S. government established the Pure Food and Drug Act, which put the kibosh on the sale of previously unregulated medicines that could be dangerous or that made outrageous claims about their results.

Such elixirs and their legacies are part of an exhibition about the birth of modern medicine at the Lockwood-Mathews Mansion Museum in Norwalk, Connecticut. “Health, Healing, and Addiction in 19th Century America,” supported by Connecticut Humanities, runs through October 17, 2021.

This article is available for unedited republication, free of charge, using the following credit: “Originally published as “Dr. Kilmer's Curious Cure-All” in the Spring 2021 issue of Humanities magazine, a publication of the National Endowment for the Humanities.” Please notify us at @email if you are republishing it or have any questions.