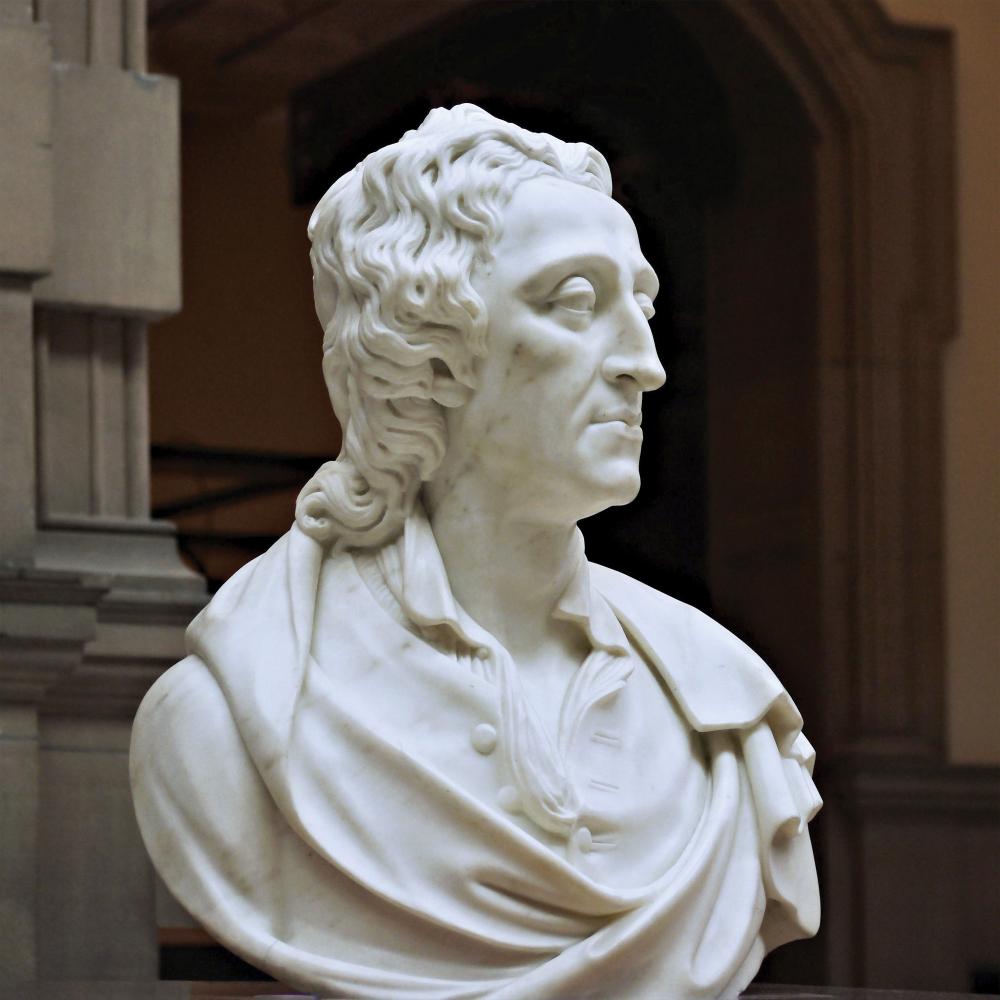 John Locke—seen here in a 1760 bust attributed to Michael Rysbrack in Glasgow’s Kelvingrove Museum—
looms large in the history of child-rearing for his advice to parents and teachers to spare the rod while also maintaining high expectations.

“. . . he that has found a Way, how to keep up a Child’s Spirit easy, active,
and free; and yet, at the same time, to restrain him from many things he
has a Mind to and to draw him to things that are uneasy to him, he, I say,
that knows how to reconcile these seeming Contradictions has in my
Opinion got the true Secret of Education.”

The seventeenth-century philosopher John Locke has been called the father of the Enlightenment, the founder of empirical psychology, a champion of toleration, and the inspiration behind our Declaration of Independence. Less well known is a short book with the modest title Some Thoughts Concerning Education, which Locke wrote late in life. In time it became the most celebrated treatise on education throughout the eighteenth century, influencing Benjamin Franklin, Jean-Jacques Rousseau, and countless anxious parents and teachers. Part medical manual, part treatise on ethics and guide to conduct, and part meditation on human nature, the book became a bible for parents who schooled at home.

In a world that considered children miniature adults, Locke discovered the child. “Children are strangers to all we are acquainted with; and all the things they meet with, are at first unknown to them, as they once were to us.” They are naturally curious. They must play in the open air. Their minds wander. They need to be busy. And they love change and variety. Locke also insists that children, from an early age, are rational. They respond to praise, need examples more than rules, and require correction without corporal punishment. See to their health, preserve their innocence and modesty, and stress habits and virtue. Examples, he maintained, must come from parents. “You must do nothing before him you would not have him imitate.”

Demanding as well as indulgent, Locke urged that beds should be hard, diets plain, bodies toughened, minds disciplined, toys few. Children should not be coddled but must learn concentration and self-control. The puritanical Locke would not be comfortable with overly permissive parents who refuse to set limits and want to be friends with their children instead of role models.

As science journalist Daniel Goleman does, Locke stressed social/emotional intelligence. Be a good listener. Don’t interrupt. Shun affectation. Never show contempt. “Good breeding,” according to Locke, “involves the encouragement of humane impulses.” Also a positive psychologist, he insisted, as would William James, that “we are born with faculties and powers capable of almost anything.” A bit of a behaviorist as well, he extolled the power of esteem and disgrace, anticipating twentieth-century psychologist B. F. Skinner. Locke also foreshadows environmentalism, reminding children “to be tender to all sensible Creatures and to spoil or waste nothing at all.”

Aware of the nature/nurture controversy that continues today, Locke believed the mind is a “blank slate” upon which anything could be imprinted. He was optimistic about the transformative power of education. Simultaneously, he observed, “God has stamped certain characters upon men’s minds.” In a passage of psychological insight, he elaborates: “Some men by the unalterable frame of their constitution are stout, others timorous, some confident, others modest, tractable or obstinate, curious or careless, quick or slow.” Locke urged parents to discover their children’s temperaments and signature strengths. He concludes that “all that we can do or aim at is to make the best of what nature has given.” Commenting on Locke’s originality, contemporary intellectual historian James Axtell observes, “He realized . . . that children were human beings, with their own particular needs, abilities, and patterns of development.”

Locke and his fellow intellectuals debated the value of formal schooling versus instruction at home. Locke himself attended England’s premier boarding school at the time, Westminster, on a scholarship and studied at Oxford. He learned Latin and Greek, admired Seneca and Horace, tutored undergraduates, earned a medical degree, amassed a library of four thousand books, and traveled extensively. Later in life, writing the books that made him famous, he questioned his formal education, criticizing too much memorization, endless disputation, too few useful skills, and—above all—incessant corporal punishment.

An idealist but never utopian, Locke reminded readers that children can be charming but also cruel, listless, and lazy. He repeatedly lamented that vice was rampant in Restoration England: “The early corruption of youth is now become so general a complaint . . . people teach Children to strike, and laugh, when they hurt, or see harm come to others.” He particularly feared the danger of peer influence. Schoolboys do not learn “justice, generosity and sobriety” from one another, he advised. Instead, they learn “well-laid plots of robbing an orchard together.” Locke preferred education at home with kind parents, carefully chosen servants, and a well-paid, cultured tutor.

A Christian conversant with the Bible, Locke believed in sin. Humans are naturally selfish and narcissistic, in love with power and dominion, coveting others’ possessions. Summing up the ills of the world, he concluded in words that would be endorsed by many philosophers today: “All Injustice generally springing from the great Love of our selves, and too little of others.” In a way difficult for contemporary Americans to understand, Locke believed that virtue (which promoted happiness and led to eternal life) was more important than academic accomplishment or worldly success.

Locke lived from 1632 to 1705, through England’s seventeenth-century civil war, the execution of a king (Charles I), Bubonic plague, the 1666 London fire, and the political intrigue surrounding Charles II. Physician, diplomat, economist, and scientist, he was elected at age thirty-six to the Royal Society of London for Improving Natural Knowledge, whose motto was “Nothing Upon Authority.” He was friends with Isaac Newton and England’s intellectual elite. Afflicted with asthma, he traveled to France and Holland to escape London’s unhealthy air and further his studies.

An omnivorous reader, Locke was interested in everything: plants, seeds, windmills, dikes, silk, sea salt, the deleterious effects on women of foot binding, and inventions. Pierre Coste, who translated Locke’s writings for Europeans, described Locke as convivial, a lively conversationalist who could accustom himself to all people and who had a special capacity “to lead people to speak of what they understood best.” Ascetic, Locke never married or had children, but he loved children and tutored pupils at Oxford and country estates and chaperoned young aristocrats on their “Grand Tour.”

Locke wrote Some Thoughts Concerning Education first as letters to parents seeking his advice, then as a book. He appealed to parents and teachers because he was epigrammatic, concrete, moderate, and balanced. Further, he had practical tips:

A reformer and radical, Locke freely criticized the customs of the aristocracy—gambling, gluttony, drinking, fencing, dueling, materialism, mismanagement of finances—and suggested leisure-loving landowners should study accounting. Still, in his critique of education, he did not completely transcend his time. Much of his advice on health is outdated. He is often savagely critical about the influence of servants on children. He showed little interest in the arts, considering painting a waste of time. (On the other hand, he could quote from memory Sidney and Shakespeare.) Locke did not foresee the need for coeducational day schools, as Mary Wollstonecraft did a hundred years later, nor did he pay mind to the “ragged schools” for outcast children created in 1695 by the German Pietist August Francke. Locke did not recognize the importance of public schools in a democracy. In his recommendations, he rarely mentioned girls. “It simply never occurred to Locke that all children,” notes Axtell, “should be educated.”

Still, Locke is important because he rebelled against an educational system he thought cruel and stupid. He articulated practical, humane alternatives for parents at “a loss how to breed their children.” He offered insights that anticipate current debates in education and strike the contemporary reader as original, compelling, and relevant for all children, not just the offspring of the aristocracy. Significantly, he prioritized well-paid, cultivated teachers. And long before the educational jeremiads of our time, Locke connected a country’s security and prosperity to the need for a flourishing educational system.

Peter Gibbon is a Senior Research Scholar at the Boston University School of Education and the author of A Call to Heroism: Renewing America’s Vision of Greatness (Atlantic Monthly Press, 2002). He has directed four Teaching American History programs and is currently the director of an NEH Summer Seminar, “Philosophers of Education: Major Thinkers from the Enlightenment to the Present.”

Since 1969, NEH has funded dozens of projects on John Locke and on the philosophy of education.

This article is available for unedited republication, free of charge, using the following credit: “Originally published as “Discovering Childhood” in the Fall 2020 issue of Humanities magazine, a publication of the National Endowment for the Humanities.” Please notify us at @email if you are republishing it or have any questions. 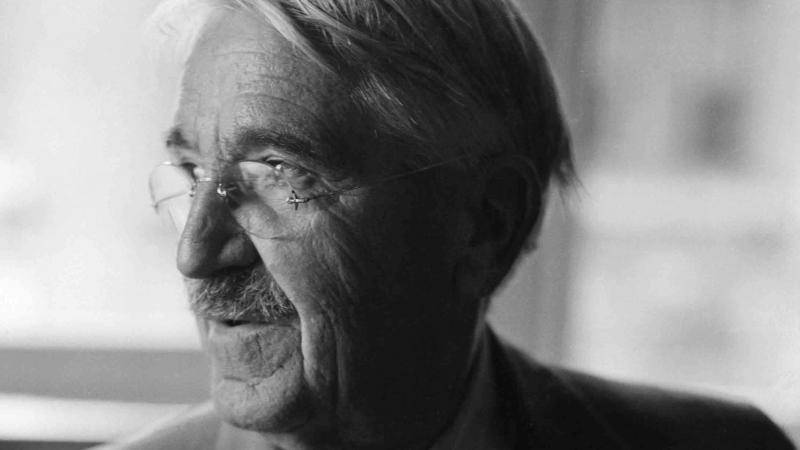