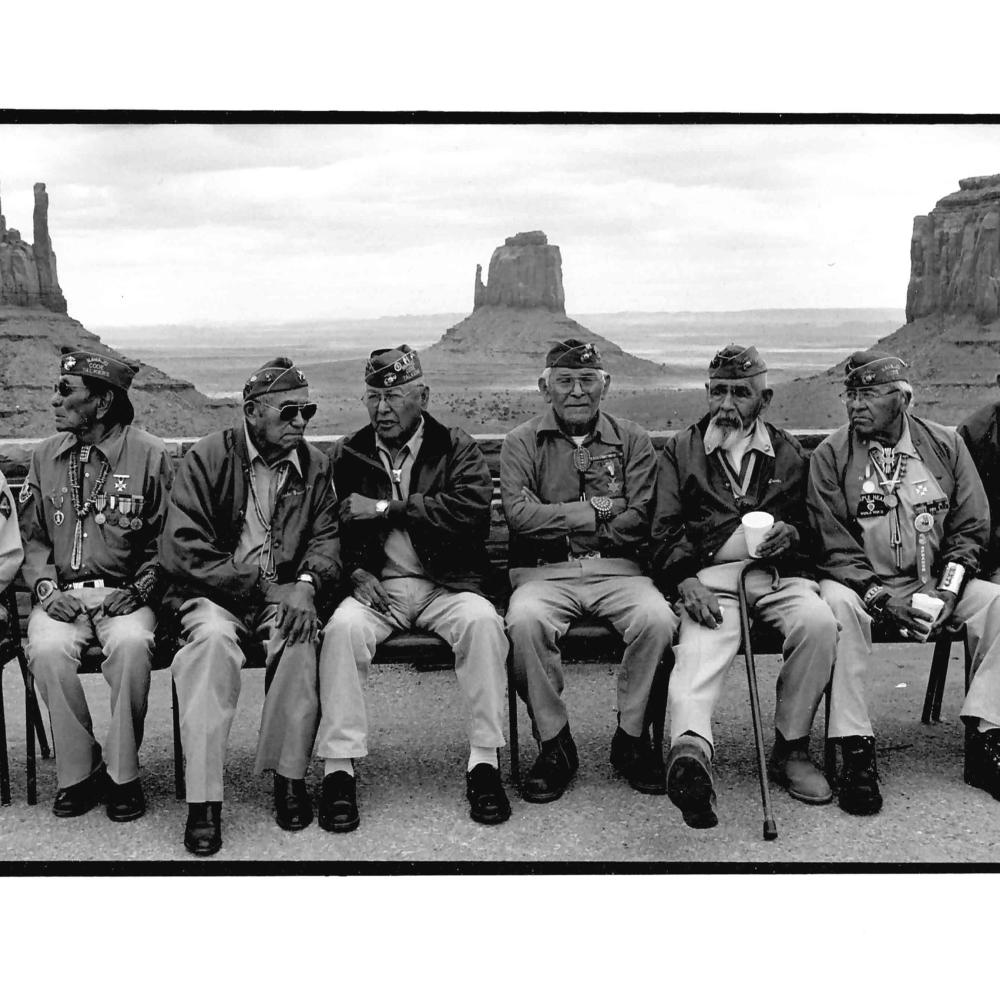 The “day of infamy” arrived on December 7, 1941, at Pearl Harbor, Hawaii. News of the Japanese attack came by radio from President Roosevelt to many parts of the Navajo Nation homeland in Arizona, New Mexico, and Utah. The attack set in motion the United States’s entry into World War II and moved young Diné men to enlist, though some were still in high school and underage, including my father, Benson Tohe, who signed up with the consent of his parents. They came from rural backgrounds and military-style boarding schools that had already prepared them to live the harsh life of soldiers. Committed to helping Nahasdzáán, Mother Earth, and the United States, they joined the Marines and were selected to become code talkers, not knowing they would be tasked with developing and using the Navajo language as a secret weapon.

They came, ironically, from government and parochial schools that forbade them to speak their mother tongue and where they were expected to become Americanized through severe forms of assimilation and punishment meant to erase Indigenous identity and languages. Eradicating Native languages has resulted in the systematic loss of Indigenous languages throughout the United States since colonization began. Navajo code talker Keith Little said about the schools, “They had the real strong disciplinary rule that we don’t talk our native language, . . . to be converted to Christianity, and to take us away from our cultural religions and our beliefs.” Astonished that they were now asked to develop the Navajo language to aid the war effort, the Navajo soldiers created the code in only a few months. Because the Japanese had broken all the codes sent over the radio waves, the Marines were desperate to find a secure way to communicate vital information with precious little time. After several successful tests, the Navajo language was approved as a communication code.

The code contained approximately 450 words, spelled phonetically and memorized. Their code book used one to three Navajo words for each alphabet letter, which consisted of animal names and short words used to spell vital information about the locations of the Japanese military and U.S. soldiers, to say where to position artillery, and to relay wartime communication.

In cases where no names for artillery existed in the Navajo language, they created shortcut words based on the behavior of animals. Thousands of messages transmitted intelligence in Navajo and were translated into English throughout many of the islands in the South Pacific, where the Navajo code talkers served exclusively (soldiers from 14 other Native nations served as code talkers during the war in Europe and the Pacific). Major Howard Connor, the fifth Marines division signal officer remarked, “Were it not for the Navajos, the Marines would never have taken Iwo Jima.”

They returned home without fanfare to continued poverty, lack of economic opportunity, and nonexistent voting rights yet persevered and overcame obstacles that helped change the Navajo Nation and their communities. Approximately 461 Navajo Marines served as code talkers, with 13 killed in action. Upon their discharge, the code talkers swore to never reveal their role in case the code would be needed again. My family and the descendants knew nothing of the unique service the code talkers gave until 1968, when the code was declassified, and the public learned of what my father and the code talkers accomplished through their bravery, resilience, and ingenuity. A language once forbidden became a weapon that was quick, accurate, and never deciphered. Most important, it saved many American lives. Fewer than five code talkers remain. They have been honored by the United States and the Navajo Nation with medals and a National Navajo Code Talker Day on August 14. 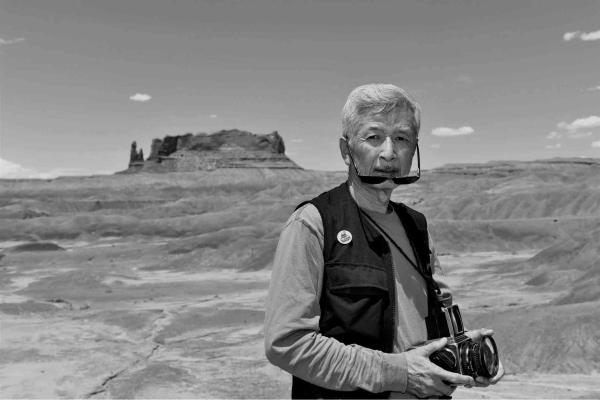 After visiting the Navajo Nation as a tourist in 1974, Japanese-born photographer Kenji Kawano decided to stay. He found a place to live in Ganado, Arizona, and worked odd jobs as a bus-boy, a gas station attendant, and a janitor to support himself. In 1975, he photographed his first Navajo code talker, beginning a decades-long project devoted to making portraits of these storied American veterans of World War II. He married a Navajo woman, Ruth, also known as Bazhnibah, in 1978. Ruth became a photographer in her own right and works alongside Kenji, whose code talker portraits can be seen in his book Warriors (1990) and were recently on long-term exhibit at the Navajo Nation Museum in Window Rock, Arizona. See the Kawanos’ photos of NEH Chair Shelly Lowe in this issue.

Laura Tohe is Diné. She is Tsénahabiłnii, Sleepy Rock People clan, and born for the Tódich’inii, Bitter Water People clan. She is Arizona State University Professor Emerita and is an Arizona Speaks presenter on the Navajo Code Talkers for Arizona Humanities. In 2015, Tohe was named the Navajo Nation Poet Laureate. She is the author of the oral history book Code Talker Stories.

The text of this article is available for unedited republication, free of charge, using the following credit: “Originally published as “Codetalkers: America's Secret Weapon in World War II” in the Summer 2022 issue of Humanities magazine, a publication of the National Endowment for the Humanities.” Please notify us at publications@neh.gov if you are republishing it or have any questions. 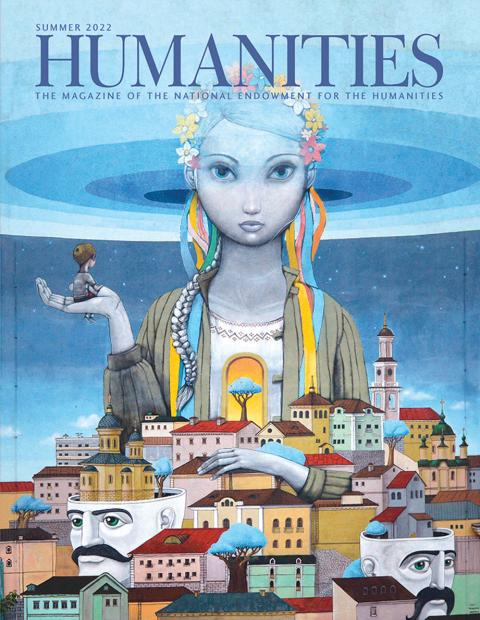 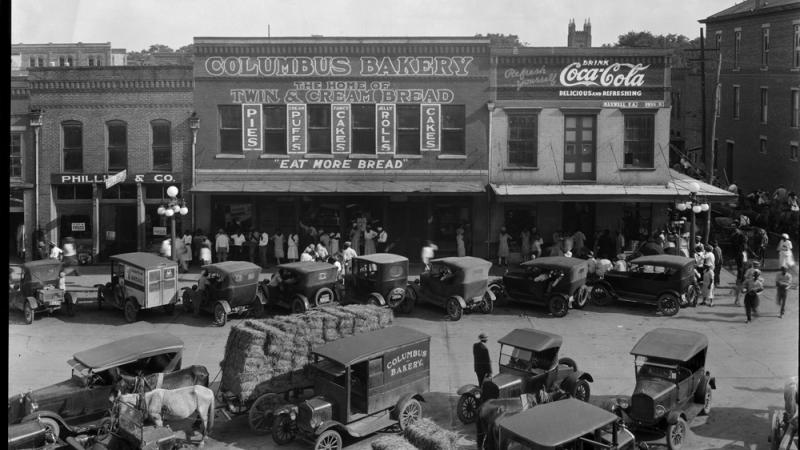 Possum Town in Black and White

Ghost Ranch and the Faraway Nearby

A meeting with Ansel Adams sealed a photographer's future