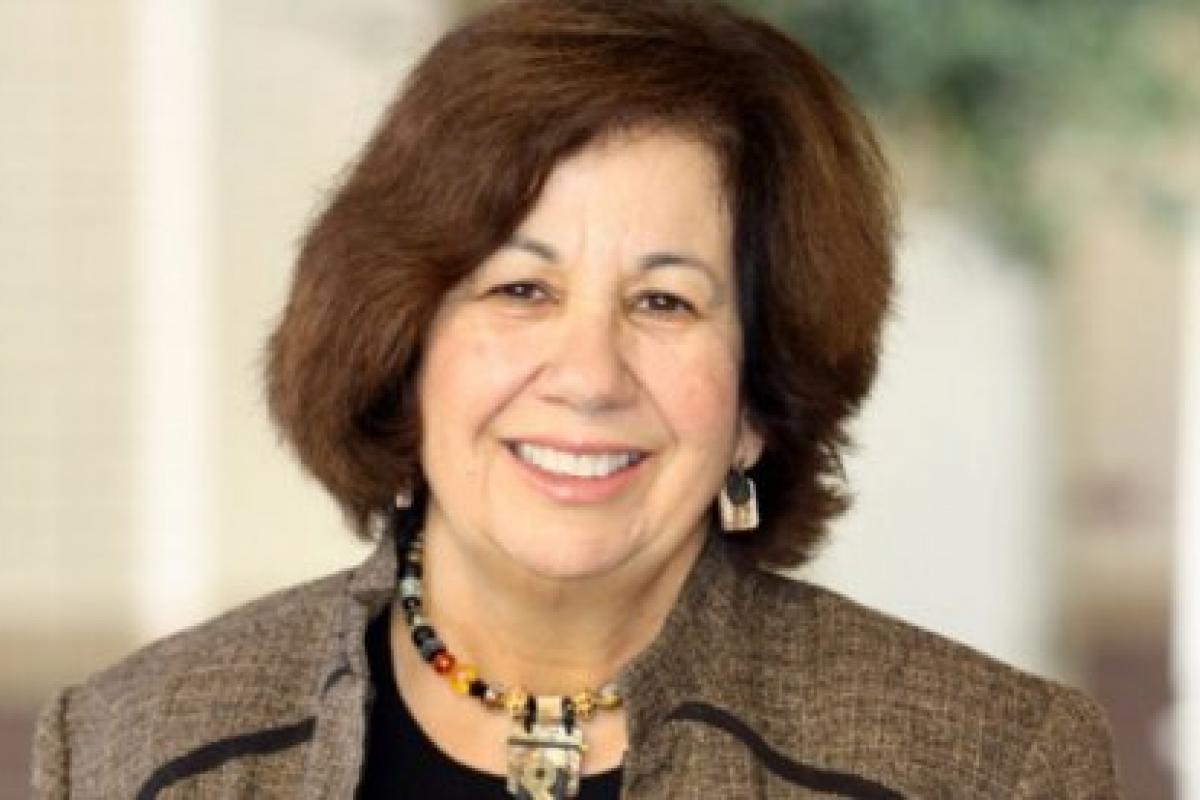 WHITE HOUSE CITATION
Vicki Lynn Ruiz, for her contributions as a historian. In monographs and edited volumes, Dr. Ruiz has pioneered the history of twentieth-century Latinas in a distinguished career that began with collecting oral testimony from Mexican immigrants who worked in U.S. canning factories.

As a transfer student at Florida State University in the mid 1970s, Vicki Ruiz did not think she’d be on the vanguard of creating the field of Chicana/Chicano studies in the United States. She just wanted to be a school teacher, a career her mother always encouraged her to pursue. So when Jean Gould Bryant, then an assistant professor in history, asked Ruiz if she’d ever considered graduate school, Ruiz demurred.

“I said, ‘Hmm, graduate school. That’s for rich people. That’s for smart people. I’m neither,’” Ruiz says. But Bryant convinced her that she was smart enough and could get a fellowship. Intrigued, Ruiz followed Bryant’s advice about how to prepare. By the fall of 1977, she was enrolled in the graduate history program at Stanford University.

Despite having read only a few books about it, Ruiz knew she wanted to focus on Chicano/Chicana history in graduate school. At the time, the field was small and focused mostly on men. Ruiz wanted to focus on women, which was virtually unheard of. “Mexican-American women’s history did not exist in what today we would deem an intellectually credible sense,” Ruiz recalls. In the early 1980s, there were only two monographs on the subject, and when Ruiz graduated from Stanford, she became the fourth Mexican-American woman to ever receive a doctorate in history in the United States.

Undeterred, Ruiz set out with other intellectuals such as Louise Año Nuevo Kerr, the late Shirlene Soto, Antonia Castañeda, and others to create a field and bring attention to the history of Mexican-American women in the United States. “One challenge has been showing that Latinos and Mexicans did not arrive the day before yesterday, contrary to many media stereotypes,” Ruiz says. “There are people who have been in this country for many generations.”

Ruiz’s work has also focused on dismantling the idea that Latinas are docile women whose domain is in the home. Based on her dissertation, her book Cannery Women, Cannery Lives: Mexican Women, Unionization, and the California Food Processing Industry, 1930-1950, which is now in its eighth printing, tells the story of the Mexican women and Jewish women who helped form the United Cannery, Agricultural, Packing, and Allied Workers of America (UCAPAWA) labor union, which, among other things, ensured female workers would earn the same as their male counterparts.

Her three-volume Latinas in the United States: A Historical Encyclopedia, which Ruiz coedited with Virginia Sánchez Korrol, was the first encyclopedia about the contributions of Latinas in the United States and includes close to 600 entries. “I think it represents a coming-of-age for the field,” Ruiz says. The book covers a grand sweep of history starting with the first European settlement in the United States, St. Augustine, established in 1565 by Spanish speakers. It moves on to cover Latinas fighting for civil rights in the 1940s, and even has entries about current stars like Gloria Estefan. The book was named a 2007 Best in Reference book by the New York Public Library and an Outstanding Title by the American Association of University Presses.

Over her 35-year academic career, Ruiz has written, edited, or coedited more than a dozen books, been appointed to the National Council on the Humanities, was a 2015 National Women’s History Month honoree, and was named a Latina magazine “Woman of the Year in Education” in 2000.

Ruiz is the first in her family to get an advanced degree. Ruiz’s mother dropped out of school when she was 13 to be a donut girl and help her widowed mother and two siblings, but she pushed her own daughters to finish school and go to college. Ruiz’s family also instilled in her an appreciation for storytelling. Ruiz grew up listening to her mother and grandmother talk about being Mexican in America. And when she was in graduate school, she heard another story, that of the late Luisa Moreno, a former union organizer and civil rights activist in the United States.

Ruiz interviewed Moreno as part of a project of one of her graduate-school mentors. Moreno was generous with her time, taking Ruiz to dinner and around Guadalajara, where she then lived. At the end of her stay, Ruiz told Moreno that she was going to write her dissertation about her, but Moreno told Ruiz to write her dissertation about the cannery women and union organizers of Southern California. Ruiz followed her advice, though she’s now working on a biography of Moreno, and telling one more story that many in the United States have never heard.

In one of her books, Ruiz quotes Chicana artist Irma Barbosa, who said, “Stories are the spirit threads passed on from generation to generation.” It applies to Ruiz’s career. “That’s one of the things I’ve tried to do in collecting oral histories . . . to honor how the past becomes memory and how memory becomes history.”