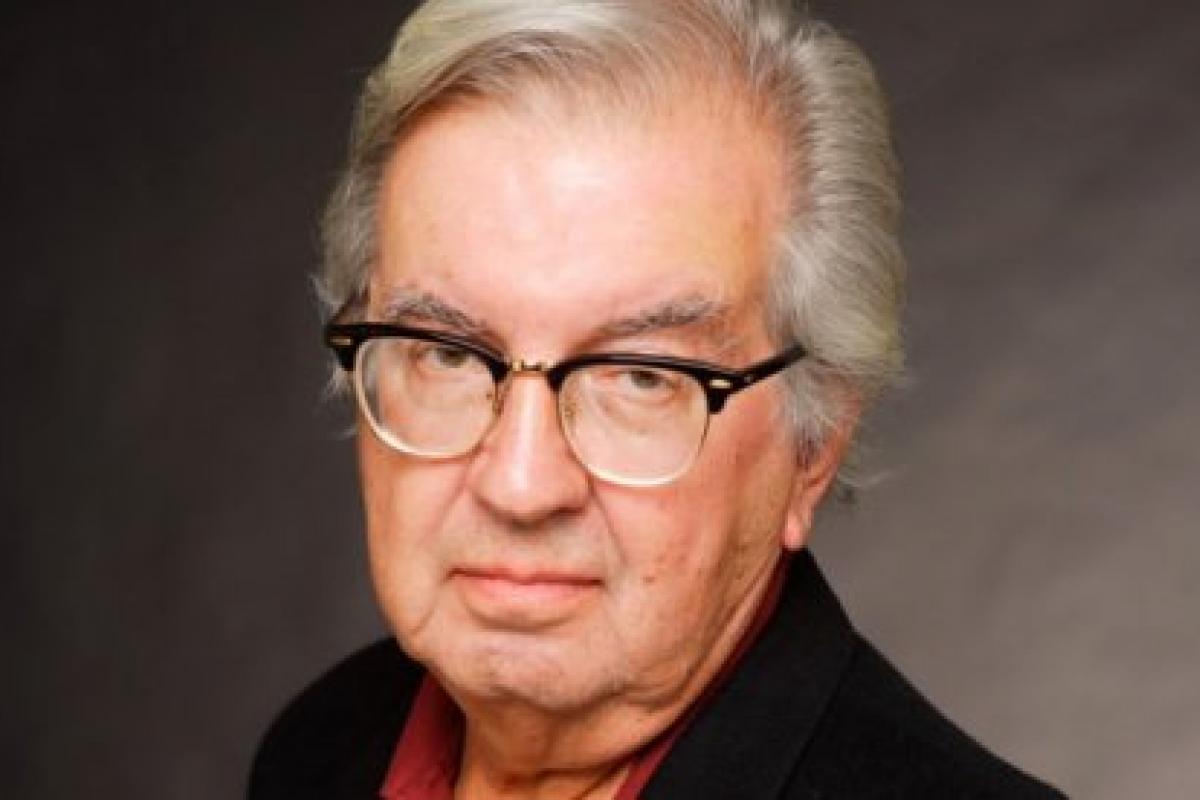 WHITE HOUSE CITATION
Larry McMurtry, for his books, essays, and screenplays. Mr. McMurtry's work evokes the character and drama of the American West with stories that examine quintessentially American lives.

“I don’t remember either of my parents ever reading me a story—perhaps that’s why I’ve made up so many,” wrote Larry McMurtry in his first memoir, Books. By his own count, he is author of 50 works, including the Pulitzer Prize-winning Lonesome Dove and many other novels, but also an Oscar-winning screenplay, three memoirs, a short biography of Crazy Horse, and a collection of essays.

In a telephone interview, he avoided making any pronouncements about the state of the humanities, maintaining, “I don’t myself theorize,” adding, however, that he’s “saddened by what’s being lost,” as people read more devices and fewer books.

Larry McMurtry was born in 1936 on a ranch outside of Archer City, Texas. His first library was a set of 19 books given to him by a cousin setting off for war in 1942. McMurtry read and reread the adventure novels. The gift, he once wrote, “changed my life.”

Among other books McMurtry remembers reading as a child was an abbreviated version of Don Quixote. Looking back, he recalls pondering “the grave differences (comically set) between Sancho and the Don. Between the two is where fiction, as I have mostly read and written it, lives.”

Entering Rice Institute (later Rice University) in Houston in 1954, McMurtry’s reading life took off as he “strolled in wonder through the stacks of the Fondren Library, which then held about 600,000 books.” He left Rice and graduated from North Texas State Teachers College, but then returned to Rice for a Master’s. He also spent a year at Stanford University as a Stegner Fellow, where he studied with Irish short-story writer Frank O’Connor.  By the late '50s, McMurtry had manuscripts for two novels under his arm. The one, Horseman, Pass By, would become in 1961 his first published novel, later made into the movie Hud. The other, Leaving Cheyenne, would be McMurtry’s second novel, and about which Marshall Sprague wrote in the New York Times that “if Chaucer were a Texan writing today, and only 27 years old, this is how he would have written and this is how he would have felt.”

“The best part of a writer’s life is actually doing it,” McMurtry wrote in his second memoir, Literary Life, “The thrill lies in the rush of sentences, the gradual arrival of characters who at once seem to have their own life.” Two of those characters are Emma Horton in the Terms of Endearment novels and Duane Moore in the five Last Picture Show books. When Emma died, he writes, “I felt the loss most keenly.” And about Duane Moore, he admitted in Literary Life, “It would be strange if I didn’t miss him. He was not my alter ego in the first books, but he was certainly my alter ego in the last books.”

Lonesome Dove, McMurtry’s 1985 novel about a pair of irascible Texas Rangers, attempted to demythologize the cowboy. He told one New York Times reviewer, “I’m a critic of the myth of the cowboy. I don’t feel that it’s a myth that pertains, and since it’s a part of my heritage I feel it’s a legitimate task to criticize it.” Two other novels followed that were also critical of the cowboy myth, and were, as was Lonesome Dove to a large extent, misread as supportive of those legends. He contends there’s a danger of oversimplification, once telling the Times, that “the myth of the clean-living cowboy devoted to agrarian pursuits and the rural way of life is extremely limiting.”

McMurtry lives for part of the year in Tucson, Arizona, with wife Norma Faye Kesey (novelist Ken Kesey’s widow), sharing the house of his writing partner, Diana Ossana, and the three —all residents of Texas— spend the rest of the year in Archer City. McMurtry and Ossana have collaborated on several works, including the screenplay of Brokeback Mountain, based on the short story by E. Annie Proulx.

With the revenue earned from movie rights and writing screenplays, McMurtry has garnered a reputation as one of America’s leading bookmen, having had antiquarian and secondhand bookstores for many years. While living and teaching near Washington, D.C., McMurtry founded Booked Up in Georgetown. As famous bookstores closed their doors in Washington and elsewhere in the '70s, he and his partner, Marcia Carter, bought up the stocks and filled their own store. They also bought from their wealthy and well-read neighbors in Georgetown and Dupont Circle. Much of the library of Alice Roosevelt Longworth, for example, came their way one cold February day.

At 79, McMurtry is still the kind of cowboy he’s been most of his life, herding words into paragraphs that become books, and herding books from all over the country into the inventory of Booked Up in Archer City, Texas.