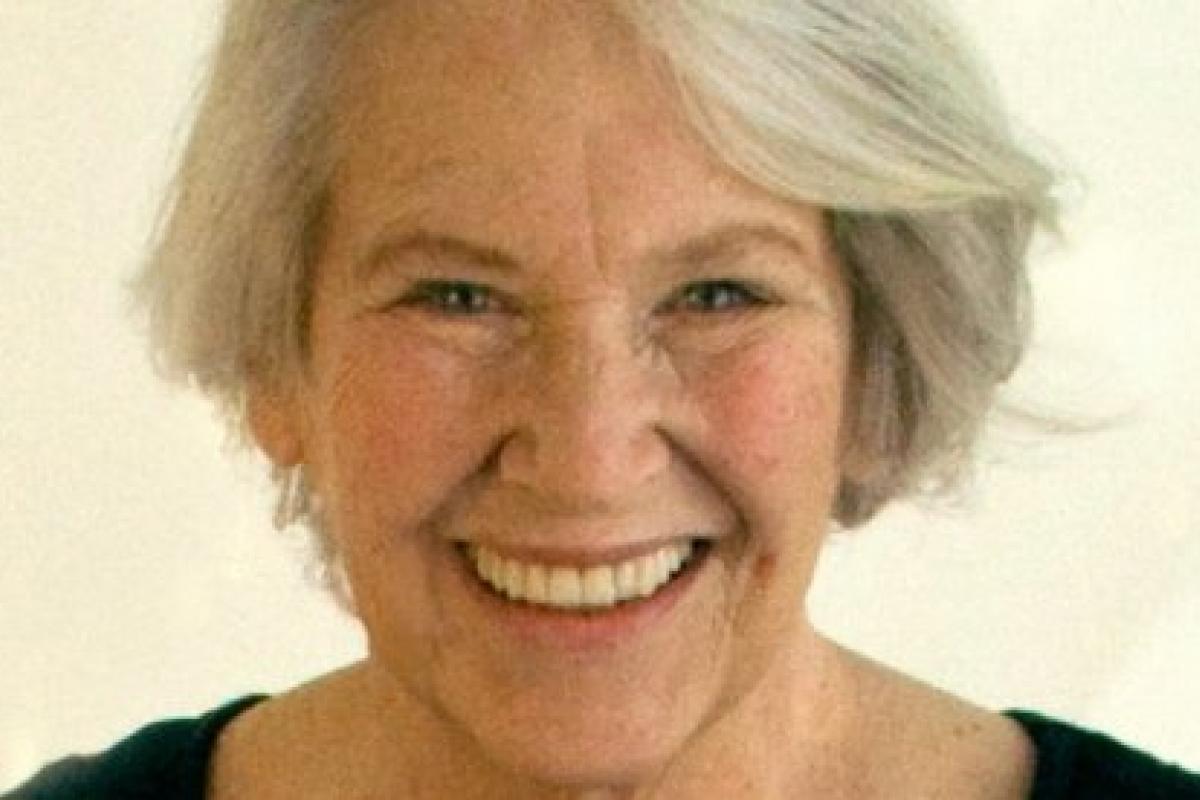 WHITE HOUSE CITATION
Annie Dillard, for her profound reflections on human life and nature. In poetry and prose, Ms. Dillard has invited us to stand humbly before the stark beauty of creation.

The award of a National Humanities Medal to Annie Dillard will bring more attention to a writer who does her best to stay out of the spotlight. “I lay low,” Dillard tells visitors to her official website, which she rarely updates. “I've never promoted myself or my books. . . .”

A sense of solitude informs most of Dillard’s writing, including Pilgrim at Tinker Creek, which she describes as “a sustained nonfiction narrative about the fields, creeks, woods, and mountains near Roanoke, Virginia.” The book won the Pulitzer Prize for general nonfiction in 1975. Eudora Welty, reviewing Pilgrim in the New York Times, noted its deeply private tone. “Annie Dillard is the only person in her book, substantially the only one in her world,” she observed. “I recall no outside human speech coming to break the long soliloquy of the author.”

Other voices do enter Pilgrim at Tinker Creek, as when Dillard stops during an interstate drive and chats with a gas station attendant. Such moments remind the reader that Dillard isn’t a mystic cloistered among the trees, but a modern woman balancing the concerns of work, family, and finding her place in the world. Nature dwells as part of—not apart from—the domestic in Dillard’s work.

“In  Virginia, late one January afternoon while I had a leg of lamb in the oven, I took a short walk,” she begins an essay in her 1982 prose collection, Teaching a Stone to Talk. That’s vintage Dillard—the leg of lamb paired with the first leg of an exploration, a personal odyssey beginning, as so many odysseys do, from a family hearth.

Pilgrim at Tinker Creek appeared at a time of emerging environmental awareness, and its chronicle of a natural world near cities and suburbs affirmed a connection the country was just starting to sense in a new way. Dillard also gained attention because she was writing about nature in a genre long dominated by men. Her arrival on the literary scene coincided with the burgeoning women’s movement, giving another dimension to the book’s success.

Dillard doesn’t treat nature as a place of pastoral pieties or easy simplicities, but a crucible where complicated truths come into play. The opening passage of Pilgrim exemplifies her vision:

I used to have a cat, an old fighting tom, who would jump through the open window by my bed in the middle of the night and land on my chest. I’d half-awaken. He’d stick his skull under my nose and purr, stinking of urine and blood. Some nights he kneaded my bare chest with his front paws, powerfully, arching his back, as if sharpening his claws, or pummeling a mother for milk. And some mornings I’d wake in daylight to find my body covered with paw prints in blood; I looked as though I’d been painted with roses.

This is Dillard’s world—and, as she quietly reminds us, ours, too: a universe touched by motherhood and death, the beautiful and the profane, roses and blood. It’s also a landscape in which the landscape itself—a field or creek, stone, or tree—offers a connection to the cosmic. She evokes transcendentalist themes, as Edward Abbey recognized when he compared her to Henry David Thoreau.

Thoreau “and Emerson were big influences, as were the other Americans: Willa Cather, Faulkner, Hemingway, Sherwood Anderson, Wallace Stevens, Zora Neale Hurston,” Dillard noted in a recent e-mail. The writer she admires most, though, is the late Italian author Primo Levi. “He’s a writer of integrity: no sentimentalism, no cheap shots, no grandstanding, no quarter asked,” says Dillard, “and tireless in his lifelong pursuit of the truth, however displeasing.”

Dillard is married to Thoreau biographer Robert D. Richardson, with whom she connected after writing him a fan letter about his Thoreau book. They spend most of their time in Massachusetts, Florida, and Virginia. She has taught in Washington state and Connecticut, but grew up in Pittsburgh, a period recounted in her winning 1987 memoir, An American Childhood. Dillard has also written poetry and fiction, but she is best known for her nature writing. A new collection of her prose, The Abundance, comes out next year. Her readers have come to know what Noel Perrin wrote of her in 1987: “She is one of those people who seem to be more fully alive than most of us, more nearly wide-awake than human beings generally get to be.”