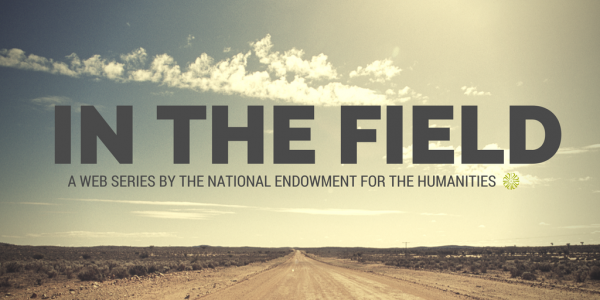 The National Endowment for the Humanities (NEH) strives to serve and strengthen our republic by promoting excellence in the humanities and conveying the lessons of history to all Americans. To help make the humanities accessible to all, NEH is introducing In the Field, its first ever web series which takes a deep dive into NEH-funded projects and products in the field of the humanities.

The first episode of In the Field takes viewers through the inner workings of the National Digital Newspaper Program (NDNP). The NDNP is a partnership between NEH, the Library of Congress (LOC), and state projects that provides enhanced access to United States newspapers published between 1836 and 1922. NEH awards support state projects that select and digitize historically significant titles which are then aggregated and permanently maintained by the Library of Congress.

The second episode of In The Field dives into the NEH-funded Supreme Court Historical Society Library Digitization Project. The Society’s Library consists of the most comprehensive collection of Supreme Court history. The collection includes biographical materials, writings by Justices, and other books related to the Court’s history. The vast majority of these books had limited publication runs and found their way into only a handful of libraries at any given point; indeed, some works are extremely rare. The goal of the Supreme Court Historical Society’s Library Digitization project is to preserve its collection of over 1,900 volumes and to make the digital collection accessible to scholars and researchers.

The third episode is about a program is titled, 'From Ancient Greece to the Contemporary Middle East: Dialogues on the Experience of War.' It is a reading, viewing, and discussion program, at various sites in the Inland Empire region of California, on classical literature and the Greek-Trojan wars in dialogue with letters, articles, literature and documentaries about more recent conflicts.

The fourth episode features NEH-funded National History Day, which got its start in 1974 in Cleveland with 129 high school students. In June, more than 3,000 NHD students descended on the University of Maryland at College Park to present their papers, documentaries, exhibits, performances, and websites on subjects of their own choosing. Their projects were the result of a yearlong effort to better understand history by studying primary and secondary source materials. Hailing from across the United States, American Samoa, Guam, and Puerto Rico, and international schools in China, Korea, and South Asia, these middle and high school students were the finalists among the more than half-million students who competed in this year's contest.

The fifth episode is on The War Ink project. War Ink is a virtual exhibit is a partnership between the Contra Costa County Library, a collective of California's major library systems, and Jason Deitch, a former Army medic and military sociologist. Libraries have a duty to provide resources to all citizens, but place special emphasis on serving our returning veterans - a segment of our community that can be overlooked. Libraries also collect the stories that tell us who we are as a society. The experiences of combat veterans returning home have serious cultural significance. They need to be told. War Ink was funded by California Humanities, a state council out of the National Endowment for the Humanities.

To learn more about how you can get involved, click here.