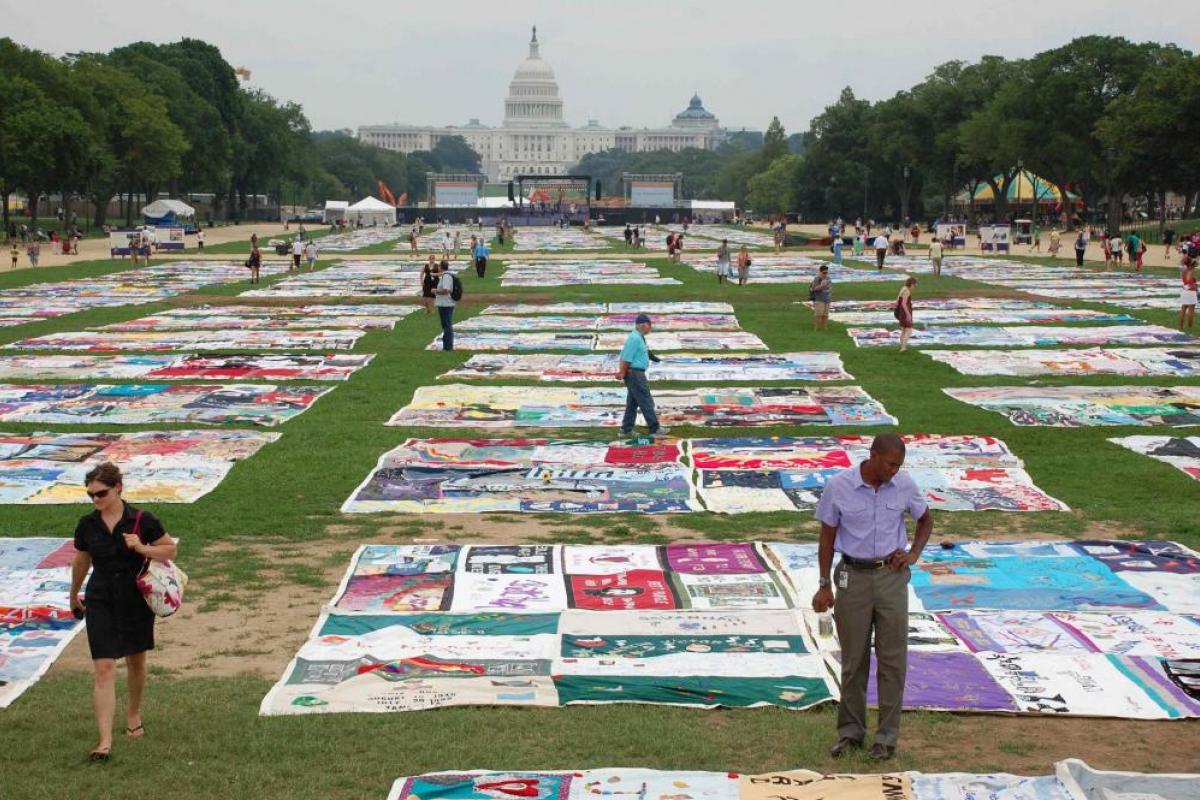 Credit: Lucy Cutrona for the National Endowment for the Humanities 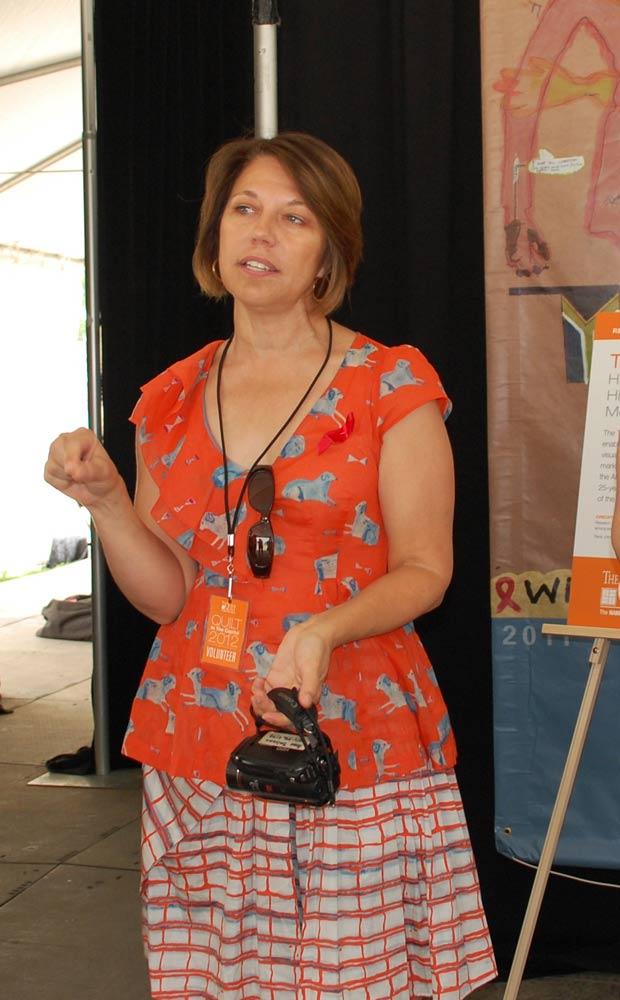 Credit: Lucy Cutrona for the NEH

The AIDS Memorial Quilt, now made up of 48,000 panels representing more than 94,000 victims, has outgrown the National Mall.  Laid end to end, it would extend for 50 miles and require 33 days to view.  During intermittent rain in late July, 2012, some 100 volunteers laid out and picked up thousands of panels daily during the XIX International AIDS Conference held in Washington D.C.

How should the public take in the magnitude of the homemade memorial, which continues to grow by a panel a day? How could a citizen find a specific panel within the thousands of blocks now available?  How can people participate in the memorial?  Professor Anne Balsamo of the University of Southern California, starting with a grant from the National Endowment for the Humanities and then working with Microsoft Research Connections and the University of Iowa Digital Studio for the Public Humanities, has made the quilt accessible on desktop, tabletop, and mobile app.  From concept to funding, the project took eight years. To access the site go to http://research.microsoft.com/aidsquilt

A search for the piece of the quilt designed in honor of the late actor Rock Hudson, who died of AIDS in 1985, for example, produces 16 squares.  Men named Rock Hudson died of AIDS in DeKalb, Illinois; Cleveland, Ohio; Wallingford, Connecticut; and Essexville, Michigan. Third  in the list is Rock Hudson of Hollywood.

Gathering the stories behind the quilt squares is another part of the quilt project—the digital guest book.   Many of the quilt squares are bare bones -- names and dates.  The quilt is indexed by first names , many of the squares contain only a single word, such as  “Robert’ or “Herbert.”  The guest book allows friends and families of individuals memorialized on the panels to fill in the details of their lives and contributions.  To contribute go to aidsquilttouch.org.

Balsamo’s original Digital Humanities Start-Up Grant was to build a prototype of an interactive tabletop device that can be used in museums to allow browsing of large scale digital collections.  The AIDS Memorial Quilt database was the first test.  The Microsoft “garage” helped finish the tabletop and the University of Iowa built the app in eight weeks.